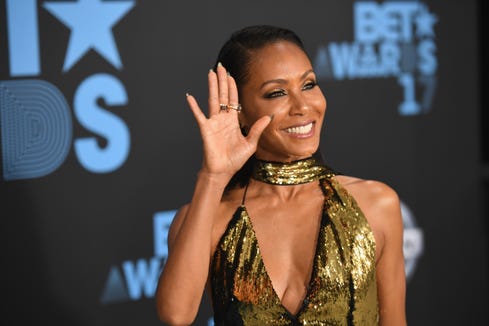 Jada Pinkett Smith has a big issue with the feminist movement.

Each family member’s experiences had generational differences – Banfield Norris recalled stores in town being segregated as a child; Smith is barely old enough to remember life before Barack Obama became president – but all agreed more work needed to be done to bridge differences and reach understanding between women of color and white women.

“I wish sometimes the world could have more compassion for black women,” Pinkett Smith said. “We really haven’t had the luxury to have that more relaxed – not having to walk into the world with such an armor because of what we’re still dealing with.”

“I have to defend myself,” Smith added.

“And not ever being able to let that armor down,” Banfield Norris concluded.

Later on, Pinkett Smith shared experiences of being teased by white women about her own hair and appearance during her childhood.

“I have to admit, I’m guilty because I do have my own biases, specifically with blonde women,” she added. “Blonde hair on white women just triggers me and I’ve had to catch myself.”

She recalled being about to head into an interview with a blonde woman and suddenly reconsidering.

“I was like, ‘I don’t know if I want to do that.’ That was my first instinct because of how she looked,” Pinkett Smith said. “And I was like, ‘Ooh! That’s no different.’ That doesn’t give me the right to clump all blonde women in one.”