When ABC director of news Gaven Morris warned his staff against focusing on "inner city left-wing elites" last week he could easily have been citing from the Coalition playbook.

The phrase reflects the perception of a city/country divide and a gulf between inner city and outer suburban values, and marginalises "progressive" issues as the sole preserve of a small coterie of ivory-tower inhabitants out of touch with the concerns of "real" Australians.

But was Morris right to urge his staff to look beyond this audience? And do these "inner city left-wing elites" even exist? 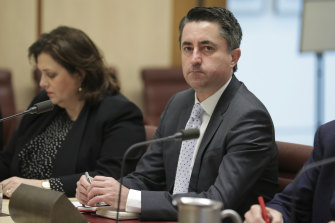 It's worth noting that Morris' criticism bore a striking resemblance to the broadsides conservative commentator Chris Kenny frequently aims at the national broadcaster.

"The ABC remains stuck in the values, priorities and perspectives of the inner city Green left, the so-called elites," Kenny said on his program on Sky last September. "The ABC is a willing captive of a certain social and political mindset that somehow sees itself as above, intellectually and morally superior, to the great mainstream."

As many commentators have noted this week, the terminology employed is loaded. "The disparaging term 'inner city elites' is code for climate change denial," tweeted former ABC presenter Quentin Dempster in response to Morris' comments. "The ABC's relevance to all Australians (city or regions) is in its commitment to objective/fearless editorial judgments."

"These are extraordinary comments," added Peter van Onselen, academic, co-host of The Project and former contributor to Sky News and The Australian. "Not only are they plain wrong … they also echo partisan attacks on the ABC you see from maverick MPs with an ideological agenda."

But did Morris nonetheless have a point in urging his staff to devote more time to "the things that matter to central Queensland", a vast region with a population of just 220,912 as of the 2016 census, rather than those in the inner cities?

Ian McAllister, a distinguished professor of Political Science at the Australian National University, said there was "something distinctive about the political attitudes and behaviour of people who live in the inner cities. These people tend to be young, better educated, Green, working in knowledge industries, engage more frequently in social media and so on."

But these well-educated inner city types tend to rate far higher in cultural capital than economic assets, adds the founder of the long-running and multi-university Australian Election Study. The Melbourne suburb of Brunswick, for instance, is the very definition of inner city left, with residents 12 times more likely than the average Australian to cycle to work (and possibly a lot more likely to work at the ABC or this masthead for that matter), yet its median income is just $823 per week. In the conservative-leaning Toorak it is $1217 (nationally, it is $664).

"They wouldn't be classed as elites, but they are influential in being much more active in social media, in protest activities and other things that influence their peer group," Professor McAllister said of the Brunswickians and their kin. "These days that matters politically in ways the major political parties haven't really come to terms with."

But the degree to which a noisy social media presence translates to actual power is debatable. The Coalition is in power federally and the media landscape is dominated by right-leaning Murdoch-owned outlets and commentators including Andrew Bolt, Chris Kenny and Alan Jones (habitues of well-heeled parts of Melbourne and Sydney). If you’re looking for an inner city elite they, surely, are it.

There are other elites in Australian society, clustered around wealth (entrepreneurs, investors, captains of industry), power (politicians, media and marketing figures), and specialist training (sportsmen and women, SAS members, ballet dancers). But it is largely only with reference to progressive values that the term "elite" assumes its negative connotations.

The use of the label "inner city left-wing elite" as a pejorative likely betrays a lingering anti-intellectual bent in our culture.

"The differences in ideology and voting behaviour between the so-called 'inner city elites' and the rest of Australia are driven primarily by university education," said political scientist Sarah Cameron of the University of Sydney. "The gap in political attitudes and behaviour is not driven so much by whether or not one lives in a major city, but by their education level."

Clearly, then, not every Australian with a university degree in a major city is a left-leaning environmentalist. So does that mean Morris is right to urge ABC staff to refocus their efforts to better reflect the diversity of views out there?

"In terms of media agenda-setting, the ABC does deal with social justice and other social issues in ways that commercial bulletins do not," said Andrea Carson, Associate Professor in the Department of Politics, Media and Philosophy at La Trobe University.

Associate Professor Carson conceded the national broadcaster may be “vulnerable” to charges that it serves inner city elites by covering issues such as marriage equality, the plight of asylum seekers in Australia, and issues of gender. But, she adds, its coverage needs to be assessed in a whole-of-media context.

"These topics might be more evident on the ABC because of the absence of these news items on the commercial bulletins," says Carson. "The strategy of using these terms is [designed] to cast self-doubt on the agenda-setting news function of the ABC.

"For right-wing elites we could look at the public policy agendas of the IPA to get a sense of their priorities."