The two surviving members of the Beastie Boys are chronicling the group’s rise to fame in the new “Beastie Boys Book.” The Beastie Boys emerged from New York’s punk underground in the early ’80s. They were three teenage kids from nice neighborhoods, lured to the Lower East Side. Adam “Ad-Rock” Horovitz, Mike “Mike D” Diamond, and Adam “MCA” Yauch just wanted to be part of the scene.

They all went to different schools, but they’d hang out in the same places, Horovitz said. 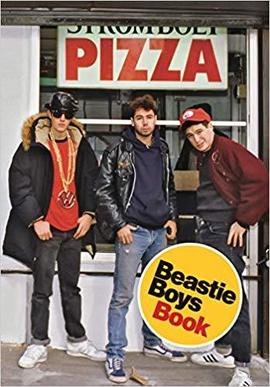 “We were drawn to the same things,” Horovitz told “CBS This Morning: Saturday” co-host Anthony Mason.

Yauch and Diamond rented their first apartment on Chrystie Street, with a sweatshop above them and an “alleged” bordello in the building.

But they were allowed to rehearse their music there.

The group, formed as a punk band, was soon drawn to a new sound: rap.

“That first time I heard something that sounded totally radical. You know, where I was like, ‘Wait a second, I don’t know what it is, but I want that,'” Diamond said.

They signed to a new label, Def Jam Recordings, which got them a gig opening for an up-and-coming singer named Madonna.

“We’re going to play in front of gazillions of teenage girls… And they all hated us,” Diamond recalled. “They really hated us. And their parents hated us more.”

“It was really bad. It was terrible,” Horovitz said.

“When we get to the end, he was like, ‘You’re gonna have a gold album,'” Diamond said.

“Were you ready for what happened?” Mason asked.

“No,” Horovitz said, as Diamond laughed.

“Licensed to Ill” became the first rap album to hit No. 1. The headline in the Village Voice was, “Three jerks make a masterpiece.”

But it got bumpy the next year when a riot broke out at their Liverpool concert. The Beasties’ brash behavior became a tabloid target.

“By the time we got to this incident in England, we kinda realized, ‘Wow, we’ve become that thing that we’re making fun of. And this is not cool. Doesn’t feel good.’ Maybe we should be ourselves and not do that,” Horovitz said. 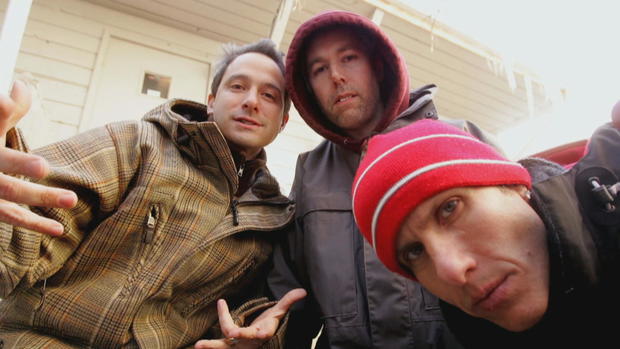 But even to their own surprise, the Beastie Boys became rap’s most enduring group, producing seven platinum albums and winning three Grammys – up until 2009 when they played the Bonnaroo music festival.

“You obviously didn’t know it was going to be your last concert,” Mason said.

Soon after the gig, Yauch revealed on YouTube that he had cancer. In 2012, less than a month after the band was inducted into the Rock & Roll Hall of Fame, Yauch died at 47. The news caused a global outpouring of grief.

“If you had a friend pass away and that happened all around the world, people writing graffiti and doing posters, and it’s bizarre. But it felt really good to know that so many people cared about my friend, you know?” Horovitz said.

Walk with Horovitz and Diamond through their old neighborhood and you’ll see how loyal their fans are still.

“We’re a weird band… you know what I mean? Like I don’t think we’re supposed to be a band that lasted this long,” Horovitz said.

“Do you have a greater appreciation for what you’ve done, after you’ve put this all together?” Mason asked.

“I think we do look back at the sort of trajectory of it all and the impossibility of it all, and the unlikeliness of it all. And we appreciate that,” Diamond said.

The “Beastie Boys Book” is a collection of memories. They dreamed up the idea while Yauch was still alive. Horovitz calls Yauch “a once-in-a-lifetime type of friend, the friend that inspires you to go big.”