A new photograph released by the Royal Family shows the Queen, 94 as she stands alongside her husband Prince Philip, 99, to celebrate his special birthday. The photo was taken in the quadrangle at Windsor Castle, where the monarchs have been isolating during the coronavirus lockdown with a limited number of staff. The Queen’s style choices had a hidden meaning behind them as she posed for the camera, pairing two of her favourite and most expensive jewels with a new summer dress.

The royal snap was shared on the Royal Family Instagram page on Tuesday night, stating: “This new photograph of The Duke of Edinburgh and The Queen was taken last week in the quadrangle at Windsor Castle to mark His Royal Highness’s 99th birthday tomorrow.”

The Queen wore a mint green dress with a yellow floral print, designed especially for the occasion by Her Majesty’s senior dresser and personal adviser Angela Kelly.

The pretty summer dress featured pastel shades – a favourite of the Queen’s – and long sleeves.

However, it was the royal’s choice of accessories that stood out for the photo, despite being very subtle and hard to see against the pale fabric. 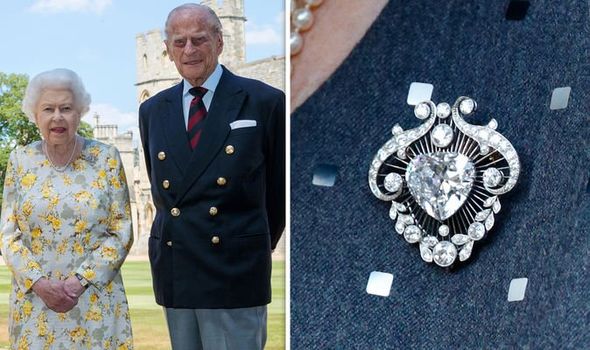 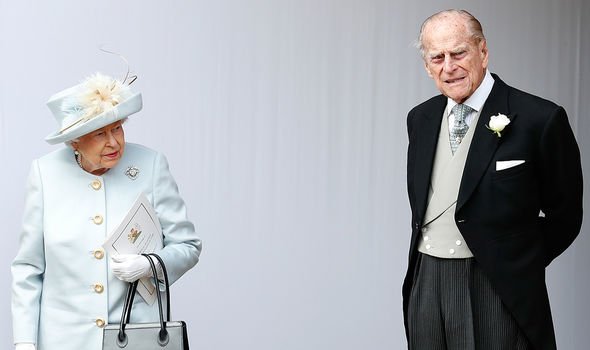 The Queen chose to wear one of her favourite diamond brooches for the celebratory portrait, perhaps because of the hidden meaning behind it.

On her left shoulder, the reigning monarch wore the Cullinan V brooch – a heart-shaped diamond jewel with a fascinating history.

The sparkling piece features an 18.8 carat stone at its centre, in a beautiful heart shaped design. Based on a 250 carat diamond that was on sale for an estimated £500,000 per carat in 2012, the Daily Mail estimated that the brooch could be worth £9.4 million.

But it’s the brooch’s background that makes it extraordinary. Originally belonging to her grandmother, Queen Mary, the brooch is encrusted with one of a number of stones that were cut from the largest diamond ever found – the famous 3,106-carat Cullinan, which was estimated to be worth over $2 billion.

The iconic diamond was originally given to King Edward VII in 1907, as a symbolic gesture that was meant to heal the rift between South Africa and Britain.

The huge stone was mined in South Africa and given to the King following the Boer War.

The Queen has other pieces of royal jewellery that feature stones cut from the famous diamond, and even the Crown Jewels feature cuts of the incredible jewel.

However, this heart-shaped brooch is one she turns to time and time again, with the Queen wearing it for many other special occasions during her reign. 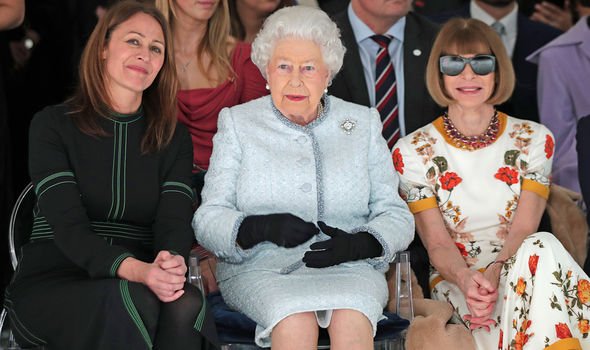 The Queen wore the heart-shaped brooch for Princess Eugenie and Jack Brooksbank’s wedding in October 2018, but it’s not only saved for royal events.

Her Majesty also wore the brooch for her first appearance on the front row at London Fashion Week alongside Vogue editor Anna Wintour.

The sparkler wasn’t the only jewellery the Queen wore for her latest portrait, pairing it with her signature pearl necklace that beautifully complemented the pastel dress.

In fact, it seems to be a winning combination for the royal, as she always sets the significant brooch off with pearl necklaces or earrings when wearing it for formal events. 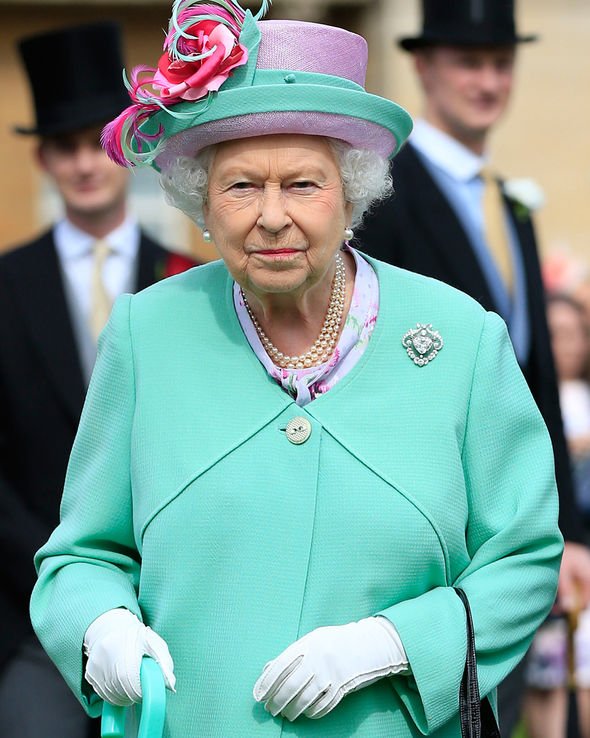 Pearls have become a regular part of the Queen’s official formal uniform, and it’s reported that her necklaces are some of her favourite pieces.

The Queen’s grandfather, King George V is said to have given Her Majesty her first three-strand pearl necklace when she was young.

In the latest photo to celebrate the Duke of Edinburgh’s birthday, the Queen wore a single pearl necklace with just one elegant strand.

The Queen also added a pop of colour with a bright fuchsia lipstick for the occasion.