Who knew getting old would be this painful?

The median age of the American worker is 42, four years more than the median 20 years ago.

Americans are used to hearing dire warnings about aging. We are told it could bankrupt the social safety net as Medicare and Social Security run out of money. We are regularly admonished about the inadequacy of our nest eggs.

These are the least of our worries. Reshaping the work force, and distorting patterns of saving and investment, the aging of the American population is carving an unexpectedly broad path of destruction across the economy.

It explains a lot about what’s wrong. Aging, according to recent economic research, is stunting the emergence of new businesses and sapping productivity. It is contributing to the rise in monopoly power and eating into workers’ share of national income. Many of our most intractable economic ills can be traced to some degree to this ineluctable fact: America is getting old.

Consider the bluntest measure of progress: economic growth. Comparing growth across American states that are aging at different speeds, researchers from Harvard’s Medical School and the RAND Corporation concluded that a 10 percent increase in the share of the population over 60 reduced the growth rate of per capita gross domestic product by 5.5 percent. They projected that aging would shave no less than 1.2 percentage points off annual economic growth this decade.

Part of this is because of a shrinking labor supply. As baby boomers move into retirement, leaving the work force to the smaller cohorts behind them, the share of Americans who are working is shrinking, while the share of the elderly who depend on the fruits of their work is rising. By 2030, only 59 percent of adults over 16 will be in the labor force. That’s three percentage points less than in 2015. 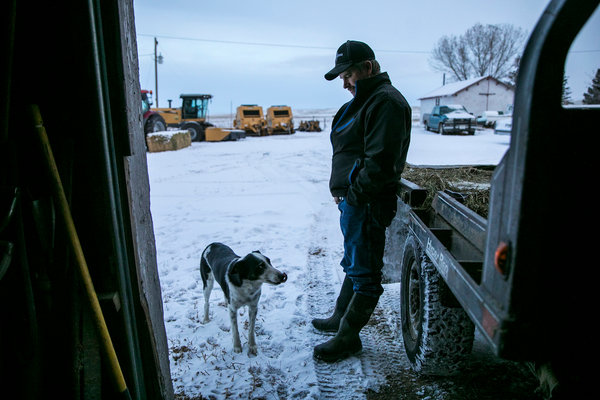 As the share of the population at work shrinks, it stands to reason that economic growth per person will slow too — a smaller proportion of Americans are engaged in income-generating work. But two-thirds of the growth shortfall comes from slowing labor-productivity growth.

It’s not obvious why the change in composition of workers (more workers in their 50s and 60s, fewer in their 20s and 30s) slows down innovation. It may be that older workers have a harder time learning new skills, so businesses with an older work force may be less likely to deploy new tech.

Whatever the precise cause, the slowdown shows up in the data. Mark Zandi and colleagues at Moody’s Analytics concluded that aging over the past 15 years reduced productivity in the United States by 0.25 percent to 0.7 percent per year.

Other researchers suggest that an older, smaller labor force can also account for the sluggish rate of business start-ups. Roughly half of American companies are at least 11 years old, up from less than one-third in the late 1980s. For all the hype about Silicon Valley’s explosive entrepreneurship, there are fewer young companies entering the marketplace now than there were a generation ago. Hugo Hopenhayn of the University of California, Los Angeles, and colleagues argue that this is caused in large part by a declining labor supply.

As big, old companies come to dominate the marketplace, their increasing market power could mute their incentive to innovate. Mr. Hopenhayn and others have found that larger firms share less of their revenues with their workers, trimming workers’ share of national income.

The declining supply of workers may not even be the most intense headwind unleashed by our aging population. The most worrying feature of our time, instead, may be older workers’ high rate of savings and low rate of spending, as they build nest eggs to support themselves through what is likely to be a long retirement. Over the past 20 years or so, this thriftiness has helped pushed interest rates — the price of money — down to near zero, making it hard for the Federal Reserve to cut rates further to stimulate the economy when needed.

More immigration might help address some of the shortcomings of our aging labor force. Yet in the current political environment, the odds that the United States will open the door to more foreign workers look, to put it mildly, slim.

Tax breaks, child subsidies, paid leave and other regulations have had some modest success in increasing fertility rates in countries like France, Canada and Sweden. But there is scant evidence that policy could slow aging significantly by encouraging Americans to have more children.

One great paradox of this predicament is that robots could help address some of these problems, replacing workers that age out of their productive lives.

It might seem counterintuitive to hope for more robots, given their track record of knocking workers without a college education from the middle-income jobs that once supported a middle class. But it would be different if workers were retiring anyway.

In a study of several advanced economies from 1990 to 2015, the economists Daron Acemoglu and Pascual Restrepo found that aging was actually associated with rising living standards. As workers became scarce, businesses invested in automation to replace them, as well as in other new technologies, all of which raised productivity and incomes.

We may end up with too few robots rather than too many. Even the most aggressive projections of future automation, Mr. Acemoglu and Mr. Restrepo estimate, will not fill the hole that retiring Americans are projected to leave in the work force. That may be a problem: For all the misgivings about a world in which machines perform most of the work once done by humans, how else can we afford to get old?

Eduardo Porter (@portereduardo), an economics writer for The Times, is the author of the forthcoming book “American Poison: How Race Extinguished Our Promise.”

The Times is committed to publishing a diversity of letters to the editor. We’d like to hear what you think about this or any of our articles. Here are some tips. And here's our email: [email protected].

Eduardo Porter joined The Times in 2004 from The Wall Street Journal. He has reported about economics and other matters from Mexico City, Tokyo, London and São Paulo.   @portereduardo