BURGUNDY passports are no longer being issued by the UK government, with blue passports being phased in since the beginning of 2020.

Here is everything you need to know about getting one. 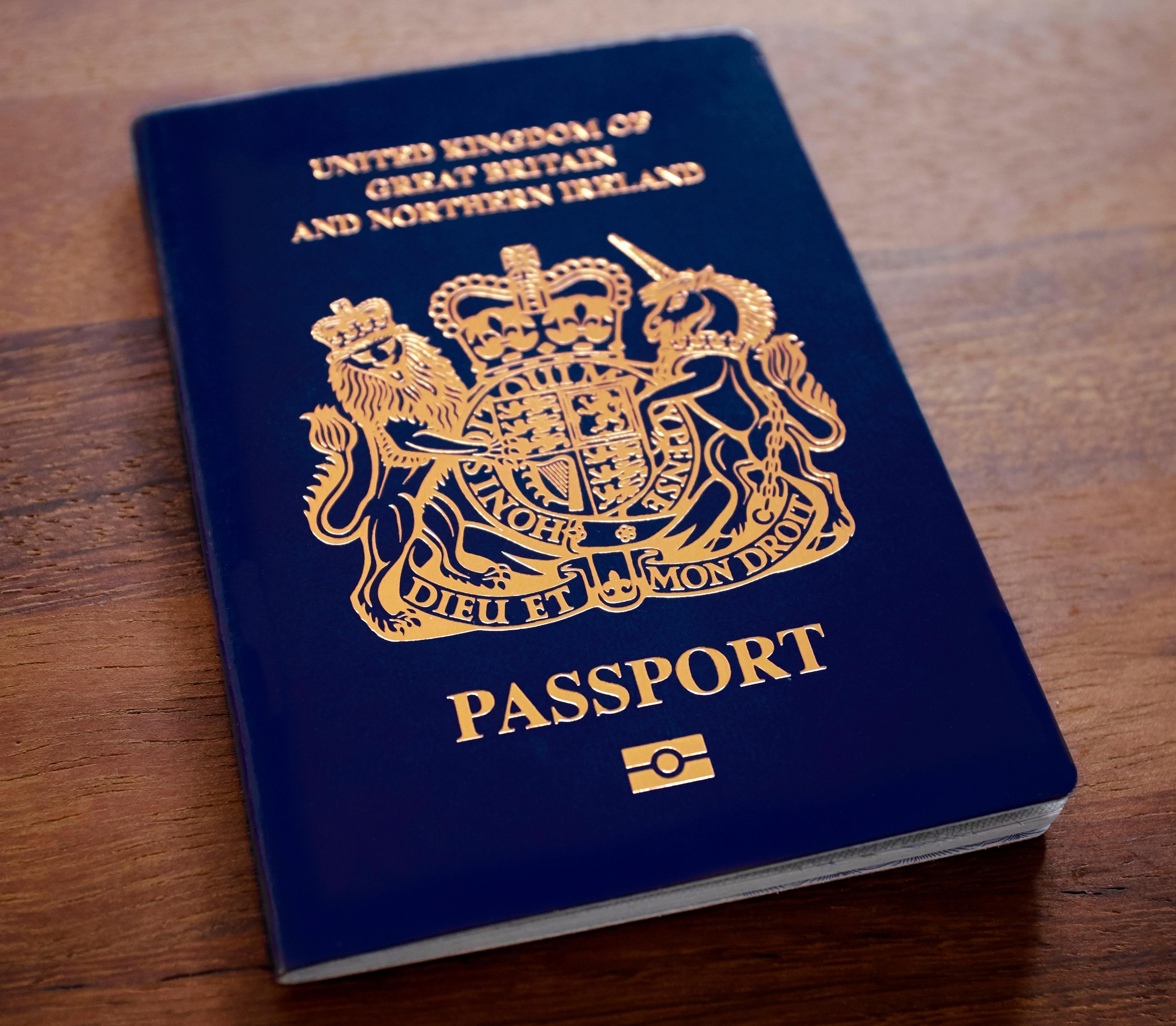 What are the blue passports?

The new blue passport design is already being phased in, which started last year.

The government website states: "All new passports will now be issued with the blue design."

While burgundy passports are no longer being issued, they are still valid until they expire.

When will I get a new blue passport?

The new blue passport designs were phased in in 2020, meaning all new passports are blue with the phrase European Union removed from the top.

The very last EU British passport will run out by the beginning of 2030.

Who designed the new blue passports and where will they be made?

Instead, the lucrative business was handed over to French-Dutch firm Gemalto.

De La Rue produced its first passport for Britain back in 1915.

The national identity: A timeline showing the history of the UK passport

THE first passport-type papers appeared in 1414 with a "safe conduct" document referred to in an Act of Parliament in Henry V's reign.
1540: Travel papers are called passports for the first time.

1794: The Home Office takes control of issuing them in a role it still has today.

1835: Row breaks out over "degrading" demands for British passports to include physical descriptions.

1858: Passports are written in English for the first time. They had been in French, the official language of diplomacy.

1915: Passport books similar to those we use today were first issued.

1975: Laminated photos were added to help prevent pictures being switched.

1988: Blue book ordered to be abolished after the EU demands Britain use European Common Format Passport.

How have UK passports changed over time?

The earliest passports were issued under the reign of Henry V in 1414, but it was not until 1915 that the first modern-style British passports were available.

They included a photograph and signature and consisted of a single piece of paper that folded out and sat between cardboard covers.

The first blue passport in the format of a book was issued in 1921 – it had 32 pages and was written in French.

In 1988 the first burgundy coloured machine-readable passports were issued in the UK following the common format introduced by the European Economic Community.

A decade later, the first digital UK passport was introduced which included a digital image of the photograph and signature.

By 2006 the first biometric passports were issued with an electronic chip featuring the holder’s data and in 2008 the first ePassport gates were introduced in the UK.