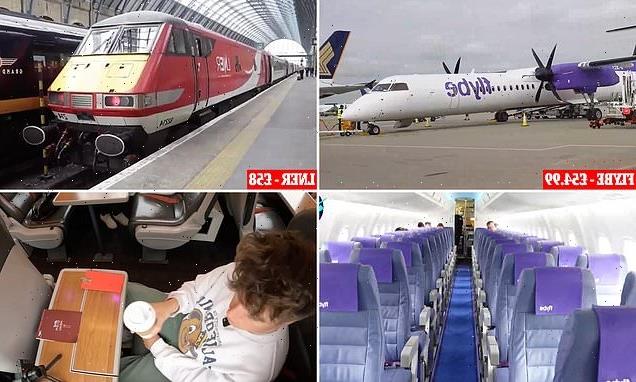 Train vs plane: Travel experts film fascinating race from London to Leeds using an LNER express and a Flybe flight

Plane or train? It’s one of the great questions of the modern age.

At least, it is for domestic inter-city travellers.

The question of which mode of transport is best for getting from A to B for trips of a few hundred miles may never be definitively answered, but travel experts from The Points Guy UK have weighed in with some fascinating evidence – a race from London to Leeds between Flybe and LNER. And the footage of the head-to-head event is fascinating. 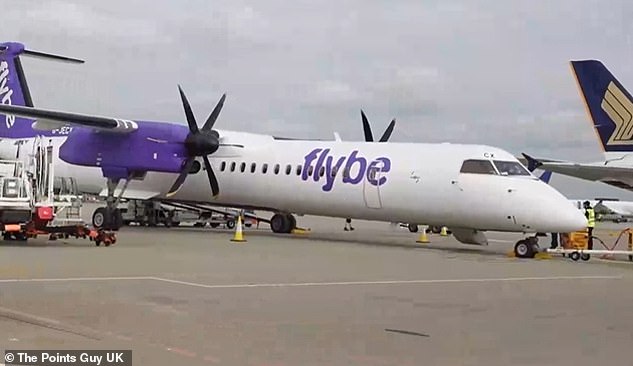 The flight route from Heathrow to Leeds has been reestablished, thanks to Flybe. Pictured here is The Points Guy UK’s plane north in a race against LNER’s Leeds service 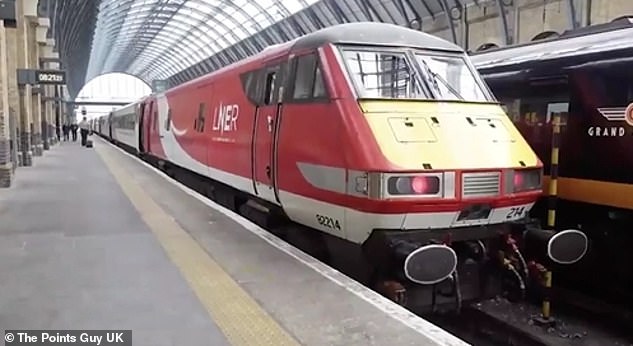 British airline Flybe has recently made its debut back into the world after being off-grid for the past two years – and has kicked off by reconnecting London Heathrow with Leeds as a flight route, British Airways having dropped it from its schedule.

But is it a better option than LNER’s 125mph express service from King’s Cross railway station?

The Points Guy UK’s (TPG UK) quest for the answer began at Piccadilly Circus Underground station – the start of the race for the site’s Nicky Kelvin and Liam Spencer.

The final stage came at no extra cost – a lift from his mum. 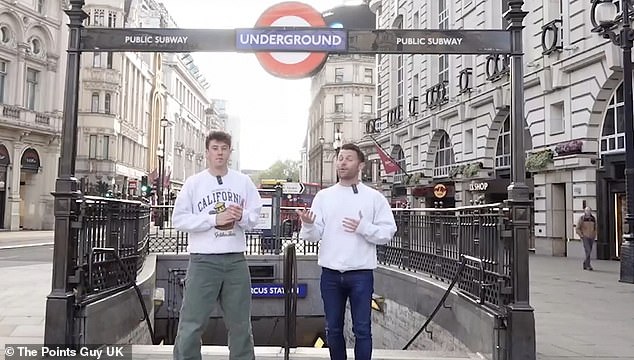 The race began at Piccadilly Circus Underground station, above 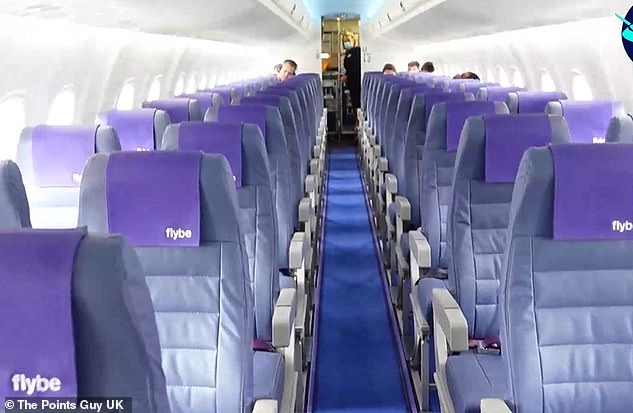 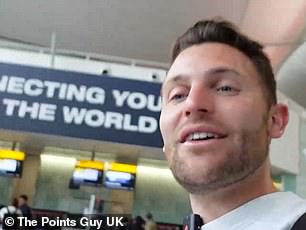 Nicky said that one definite plus point of his journey by air to Leeds Bradford Airport was that the actual flight time of 40 minutes, in isolation, is far quicker than the train.

He also approved of the food and drink service of tea, coffee and biscuits for all passengers – ‘a lovely touch’.

Nicky also gave a thumbs-up for the ‘unrivalled view from the sky’ and the comfort of the Dash 8 aircraft, despite being small.

On the downside to flying from Heathrow, he noted, is the fact that delays ‘are not uncommon’.

There are various hurdles to jump through – check-in, security and boarding – and even if a flight leaves on time, ‘a busy airfield and associated air traffic and other hold-ups can mean lots of time is lost just taking off’.

And Nicky added that some people ‘might not like the smaller and noisier turboprop planes used on this route’. 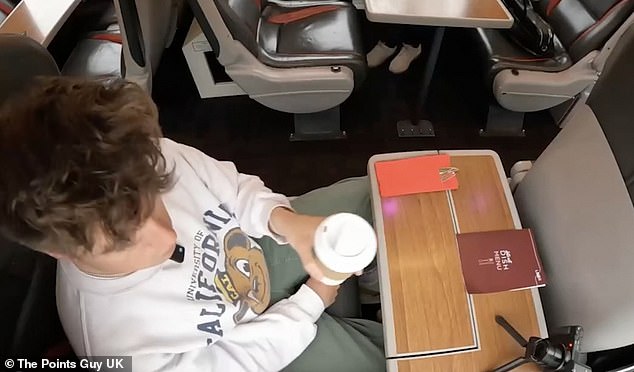 Liam loved his ‘incredibly comfy seat, huge tray table and the fact there was tons of room to stretch out in’ 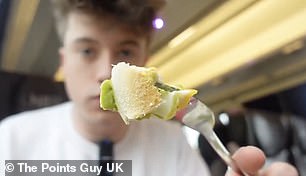 Liam presents his ‘delicious’ breakfast to the camera

Liam’s journey north cost £60.50 for the first two stages – £2.50 for the Piccadilly Line service to King’s Cross and £58 for a first-class train ticket.

To reach the finish line, he paid £15 for an Uber.

He loved his ‘incredibly comfy seat, huge tray table and the fact there was tons of room to stretch out in’. The ‘extensive breakfast and drinks menu that was all included in the ticket price’ was also a plus point. He said: ‘I had poached eggs with smashed avocado, which was delicious. And the crew serving me were very friendly.’

What’s more, the service arrived into Leeds slightly ahead of schedule.

Any downsides? ‘There was complimentary WiFi provided, but this was not particularly strong and cut out often,’ said Liam.

And who won? Watch the full video here to find out. And read more here – thepointsguy.co.uk/news/plane-vs-train-london-to-leeds.

For more information on travel tips and tricks, sign up to The Points Guy UK.