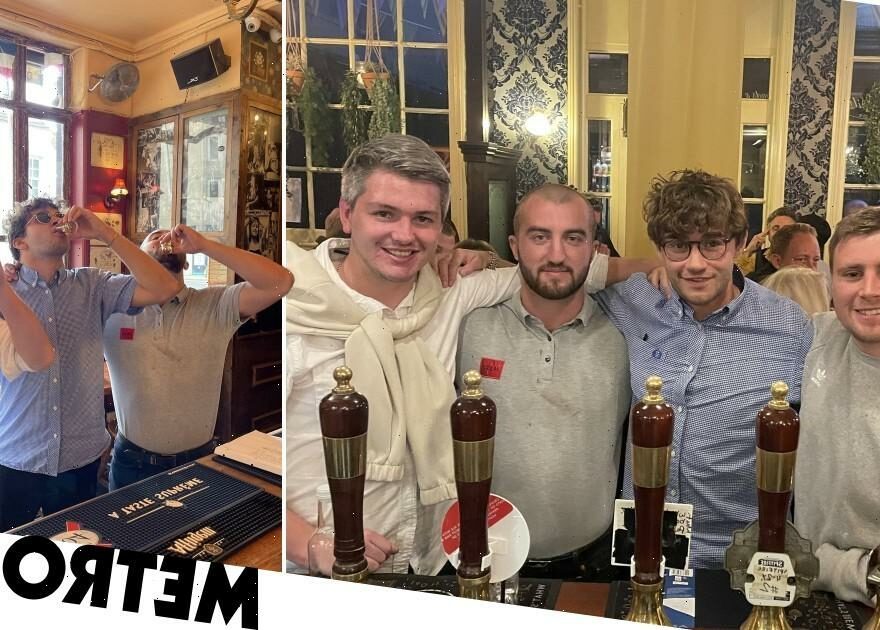 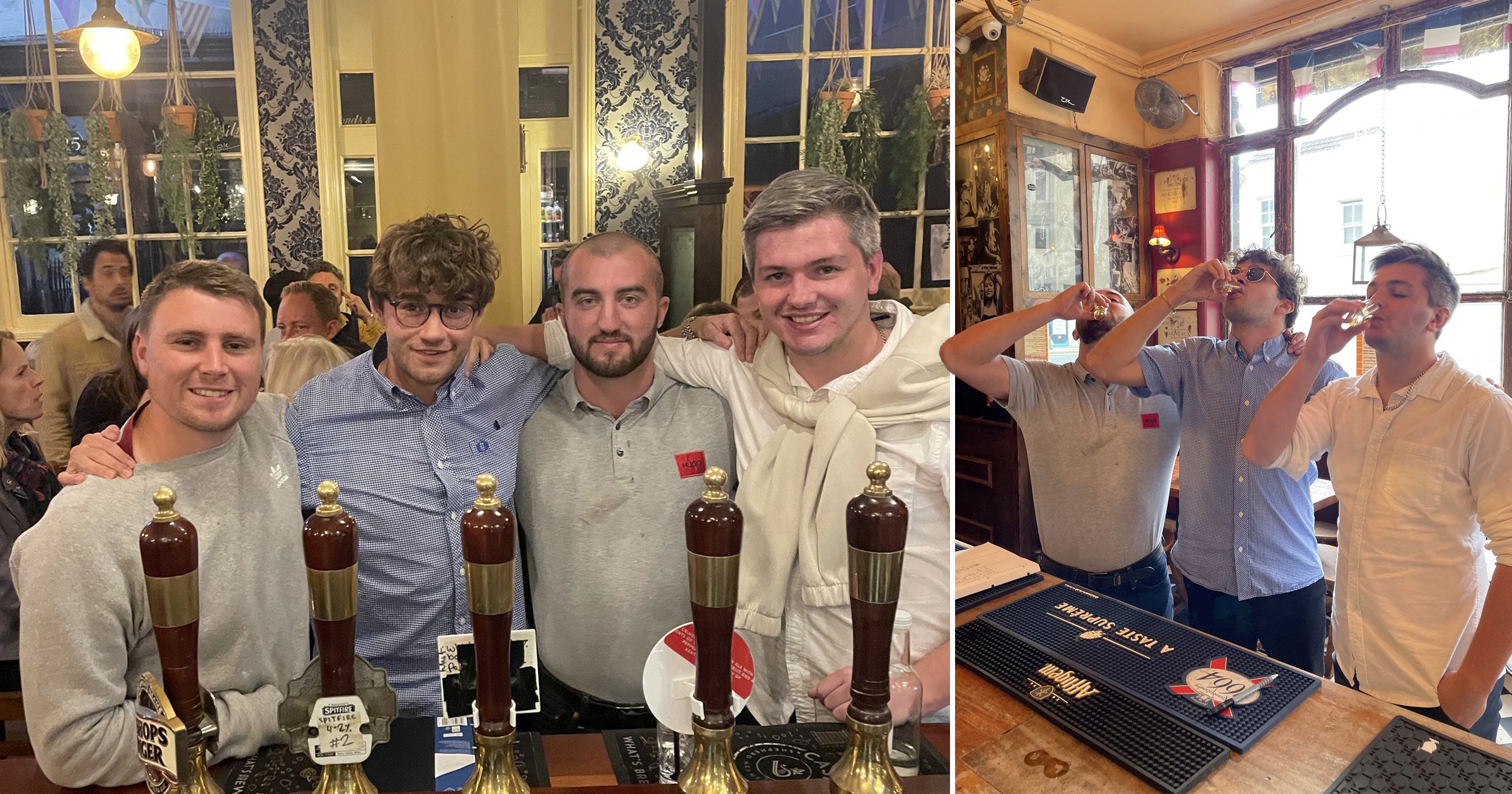 A 22-year-old recruitment account manager trekked over 18 miles after heading off on his major pub crawl at 11 am on Saturday.

In honour of Dogs Trust, Nathan Crimp, from Brighton, East Sussex, completed the charity challenge in his hometown and drank lager, beer and liqueur shots to complete the mission.

He had surpassed Gareth Murphy’s Guinness Book of World Record attempt of 56 pubs in 24 hours, just over 10 hours into his crawl.

Nathan’s 57th pub, which saw Gareth’s record broken, was The Cricketers. He said he started at Ye Olde Black Horse in Rottingdean.

To prove his record, Nathan took a GPS tracking device during the event and collected receipts and signatures from each pub he attended as evidence.

The initial plan saw Nathan going to 75 pubs. However, 15 were closed or hosting private functions on the day.

But this didn’t stop him.

Instead, Nathan pushed forward and ventured further than he expected, breaking the record at 9:30 pm.

However, he was motivated to carry on and went to a further ten more pubs.

Accompanied by good friends Ollie and Archie, Nathan stuck on the pub crawl until about 4 am on Sunday, when he reached his 67 pub record.

Nathan, who typically prefers to drink Irish whisky or Guinness, said: ‘It was easily the hardest thing I’ve ever done.

‘I completely underestimated just how hard it was actually going to be.

‘The plan was to try and keep it sober for the first 25 pubs, but that went out the window 15 pubs in.

‘I had to mix it up a little bit. I tried to drink alcohol in one and non-alcoholic drinks in another – trying to space it out.

‘To drink that much liquid in such a short space of time – I must have packed away easily 20 to 30 litres.

‘The hardest part was constantly having to go to the toilet, which took up the majority of the time.’

He credits his friends for helping him to complete the mission.

‘I’ve got to say a massive thank you to Ollie and Archie, who came round with me. They gave so much support, and it was as difficult for them as it was for me,’ Nathan added.

‘From a liquid point of view, it was easier, but they still did all the miles – coming pub to pub.

‘And when I was too bloated to speak, it was them that would tell the pub about what we were doing.

Nathan said that he had a variety of drinks throughout the night, including ‘Baby Guinness’ shots, tequila rose, prosecco, J2O, apple juice and bottles of water.

He decided to take on the challenge to raise money for Dogs Trust, the charity where Nathan adopted his Staffordshire bull terrier Kara from.

The crawl was in memory of Kara, who became ill with cancer in October 2020 and had to be put to sleep.

‘Kara brought so much joy to our family and could never be replaced,’ he added.

‘Her smile, her nature, everything she contributed to our lives was something only a dog owner understands.

‘Unfortunately, this isn’t always the case, and, since Covid, dog shelters such as Dogs Trust have been overwhelmed with dogs now needing a home. This comes at a cost.’

Nathan’s GoFundMe, along with extra donations, has so far raised over £460.