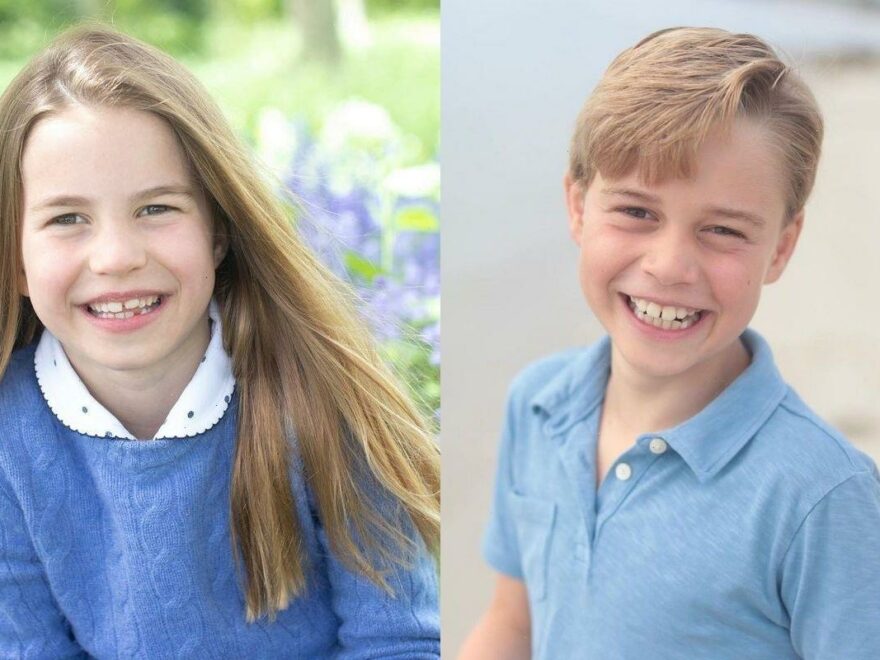 The two young royals are expected to accompany their parents, Prince William and Kate Middleton, as they attend the state funeral of the 96-year-old British monarch.

AceShowbiz –Prince George and Princess Charlotte will attend Queen Elizabeth‘s funeral at Westminster Abbey. On Monday (19.09.22), both Prince George, nine, and his seven-year-old sister – who are the children of William, Prince of Wales, and his wife Catherine, Princess of Wales – will reportedly walk behind the coffin of their great grandmother who passed away on September 8 at the age of 96 following a 70-year reign.

The coffin will be followed directly by King Charles – who acceded to the throne the moment his mother passed – and his wife Queen Consort Camilla, with the young royals to walk behind their grandparents, according to The Guardian.

Further reports went on to allege that Prince George and Princess Charlotte will be followed by Anne, Princess Royal – who is the daughter of Her Late Majesty and her late husband Prince Philip – and her husband Vice Admiral Sir Tim Laurence, then the Duke of York, followed by the Earl and Countess of Wessex, and then the Prince and Princess of Wales.

However, four-year-old Prince Louis – who the youngest child of the Prince and Princess of Wales – is reportedly not expected to attend the funeral at all.

Before the service – which is due to start at 11am and last for one hour – the tenor bell will be tolled every minute for 96 minutes and Dean of Westminster, the Very Reverend Dr David Hoyle, will then say in The Bidding, “Here, where Queen Elizabeth was married and crowned, we gather from across the nation, from the Commonwealth, and from the nations of the world, to mourn our loss, to remember her long life of selfless service.”