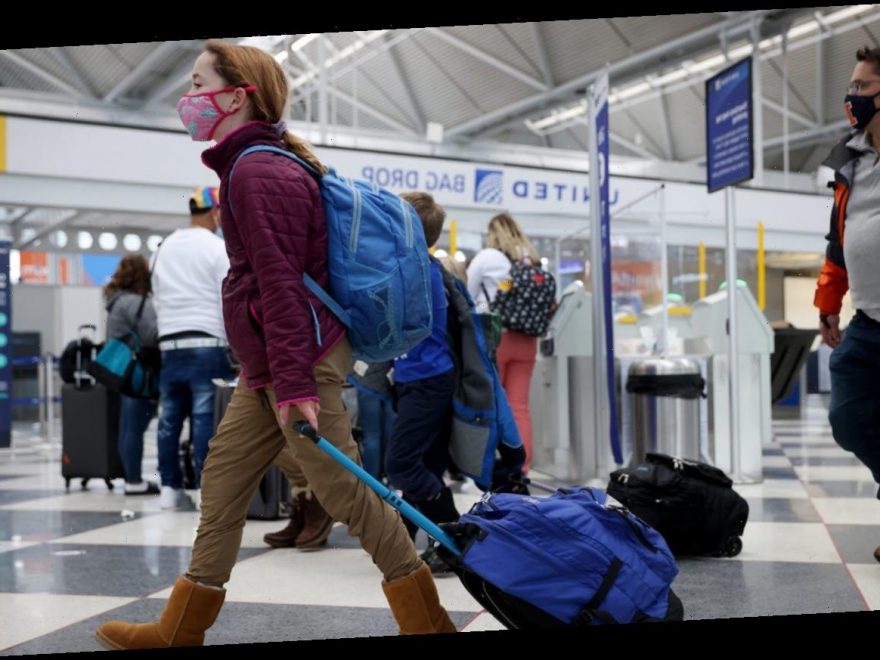 DALLAS — Evidence is mounting that Americans are eager to drive or fly somewhere after being mostly cooped up at home for a year.

American Airlines said Monday that bookings are nearly back to pre-pandemic levels as more people get vaccinated, but public health leaders repeated their concern that travel will spread the virus as new reported infections grow in the United States.

At U.S. airports, Sunday marked the 18th straight day of more than 1 million people streaming through checkpoints. That is easily the most prolonged travel rebound during the pandemic, although Sunday’s crowds were still 37% below the comparable Sunday in 2019, according to the Transportation Security Administration.

The strongest travel demand is for domestic and short-haul international trips. American said that as of Friday, its seven-day moving average of net bookings — new trips minus cancellations — was about 90% of bookings during the same period in 2019.

American said strong bookings should continue into the second quarter, which starts Thursday.

As a result, the airline expects to return most of its planes to service in the second quarter after grounding hundreds during the pandemic.

Other airlines, including Delta and Southwest, have reported that bookings began picking up around mid-February.

The TSA has screened more than 1 million travelers for 18 consecutive days, the longest such streak since the pandemic began a year ago. (Photo: Scott Olson/Getty Images)

Gasoline demand is up too, as more Americans travel by car.

Separately, Bank of America said Monday that a recovery in leisure travel is now “in full swing” even as parts of Europe impose new restrictions and the U.S. Centers for Disease Prevention and Control tells people not to travel.Earlier Monday, CDC Director Dr. Rochelle Walensky made a renewed plea to avoid travel and to get vaccinated.

Walensky said she had a feeling of “impending doom,” and suggested that virus cases could be about to spike in the United States as they have in several European countries.

We’re not out of the woods yet:  CDC reiterates that Americans should ‘please limit travel’ as US hits 30 million cases of COVID-19

‘I can’t believe this is happening’:  Travelers recount tales of getting stuck in Mexico after testing positive for COVID-19

“What we’re seeing now is more travel than we saw throughout the pandemic, including the Christmas and New Year’s holidays,” which were followed by surges in new cases, Walensky said at a White House briefing. “I would just sort of reiterate the recommendations from CDC, saying please limit travel to essential travel for the time being.”

New reported cases of COVID-19 in the U.S. have increased 18% in the past two weeks. Through Sunday, the seven-day rolling average for daily new cases stood at 63,239, up from 53,670 two weeks earlier, according to data from Johns Hopkins University.

“We’re headed in the right direction, but we can’t slow down. Millions remain unvaccinated and at risk,” said Andy Slavitt, a senior administration adviser on the pandemic.