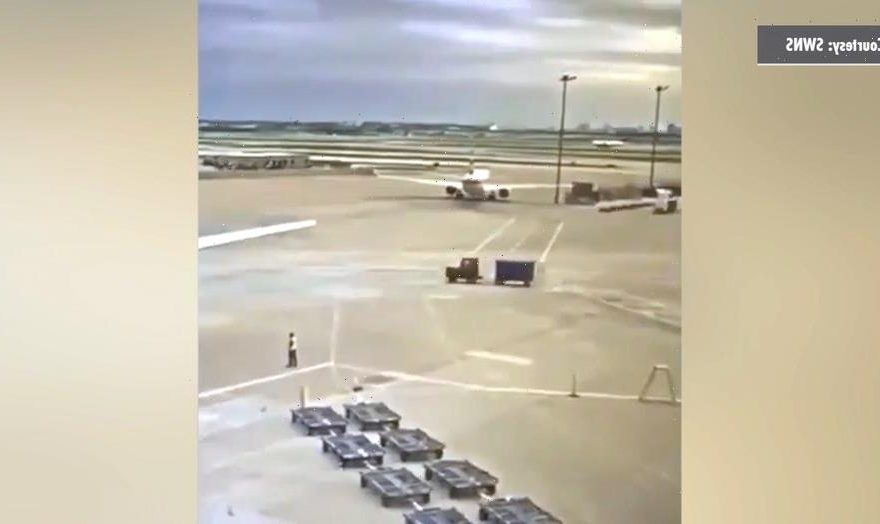 An airplane struck a light post as it was preparing to take off from the Dallas Fort Worth airport in Texas.

This is why it’s important not to take those turns too tightly.

An airplane recently struck a light post as it was preparing to take off from an airport in Texas. Footage of the incident shows the plane making a turn on the runway and apparently not realizing that it hadn’t turned wide enough to avoid the light. 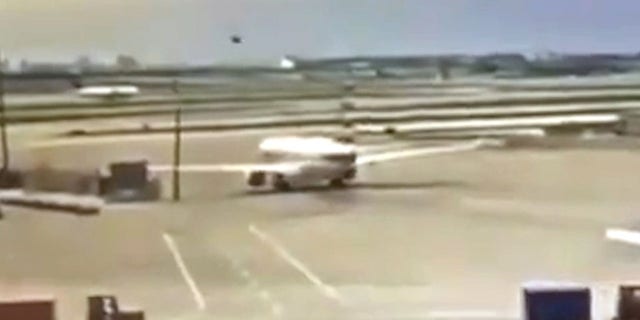 The incident occurred at the Dallas Fort Worth airport on May 28th.
(SWNS)

The incident occurred at the Dallas Fort Worth airport on May 28th, Southwest News Service reports. The flight was reportedly headed to the Bahamas but was delayed after the collision occurred.

According to the news service, no injuries were reported among passengers or the flight crew on the plane.

The plane, however, was damaged and had to return to the gate. The passengers deplaned and eventually boarded a new plane which was reportedly given the same flight number as the original. The entire incident reportedly delayed the trip by about three hours.

In a statement obtained by SWNS, a spokesperson for America Airlines said, “We never want to disrupt our customers’ travel plans, and we are sorry for the trouble this caused.”

This is just the latest incident involving a plane colliding with something while still at the airport.

Fox News previously reported that two planes came into contact with each other while at the Chicago Midway Airport. According to passengers on one of the planes, the incident left one of the vehicles with visible damage to its wing.

The plane with the damaged wing was reportedly headed to Birmingham. Passengers were forced to deplane and board another aircraft. The new flight reportedly landed about an hour behind the original schedule.