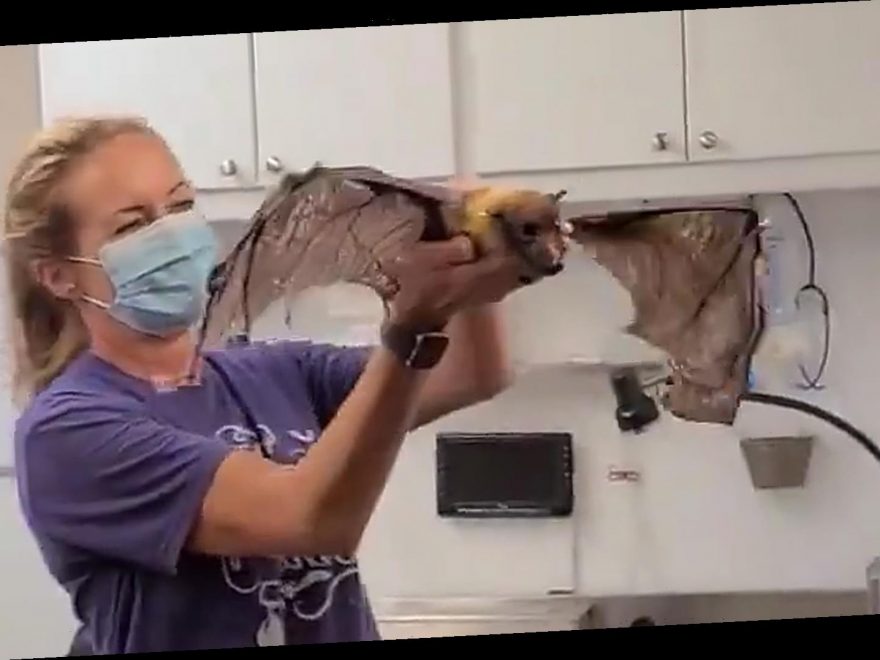 Getting old isn't all that bad — at least if you're Statler the elderly bat.

Statler, a 33-year-old Indian flying fox, is spending his golden years getting pampered at the "geribatric ward" of the Bat World Sanctuary in Weatherford, Texas.

According to HuffPost, Statler is likely the oldest bat living in captivity, however, that doesn't stop him from staying active at the facility.

Statler can no longer fly on his own as he only has one eye and suffers from arthritis. But thanks to the caretakers at the sanctuary, Statler gets to go on simulated "flights" almost every day.

The caretakers will carry Statler around the facility for sightseeing and snacks while he flaps his wings to mimic the feeling of flying.

Chessie and Starlie keep mostly to themselves, McCool said, and it's "pretty much just Statler that likes to fly around."

"Most of our bats, they're still very much wild animals," she explained. "Statler is a little bit of an exception to that. He's quite the special boy in that he really, really loves being with us and loves being around people."

Besides flying, Statler loves snacking on fruit and resting in his hammock. He also gets a warm facial every day along with his arthritis medication.

Statler arrived at Bat World Sanctuary, a nonprofit that cares for orphaned and mistreated bats, in 2018.

He was born at Riverbanks Zoo in South Carolina on April, 28, 1987, and lived a difficult life up until his arrival in Texas, HuffPost reported.

"He was born in a zoo and has a few battle scars, and somehow over the years he lost an eye. He came to us two years ago after the small zoo (where he was mistreated) thankfully closed," according to the Bat World Sanctuary website.

While Statler is still eight years shy of the oldest known bat, who lived to age 41, McCool said they will continue to celebrate Statler's milestones.

For his upcoming 34th birthday, McCool said they will ring in the special day with festivities and fruit cake.