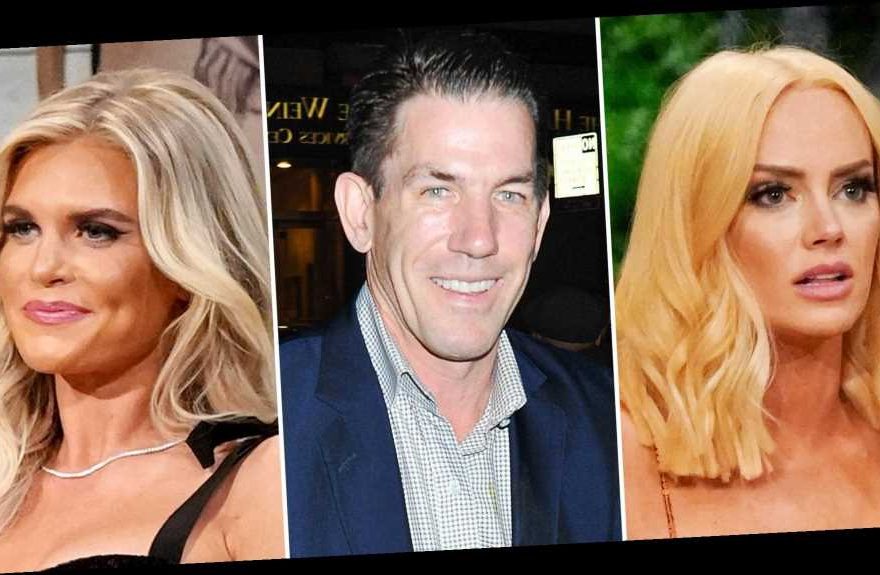 Madison LeCroy and Kathryn Dennis were both in the hot seat during part two of the Southern Charm reunion on Thursday, February 4.

The 30-year-old hairstylist has been under fire since part one of the reunion, which aired on January 28, after Craig Conover accused her of sleeping with a “married” ex-MLB player. While the name was bleeped out, Madison confirmed to Page Six that Alex Rodriguez was the athlete in question, but she denied having a “physical” affair with the 45-year-old former New York Yankees star, who is engaged to Jennifer Lopez.

During part two, Madison’s relationship with Jay Cutler was discussed after Craig, 31, accused her of reaching out to the former quarterback, 36, out of spite because he and Austen Kroll are friends with Kristin Cavallari.

“She’s still f—king with me as hard as she possibly can,” Austen said about his ex. “That’s the vindictiveness she has. It’s all revenge.”

Austen, 31, and Madison ended their on-again, off-again relationship for good in December 2020 after he watched their tumultuous romance play out on season 7.

“My heart just broke over and over again,” Austen said of watching the show. “I saw what all my friends have been telling me for years: she does not f–king care about me and she never f–king has. … I can’t even look at you. You are a monster to me.”

“He doesn’t like Austen that much,” she said. “Austen only tried to play house when filming was about to start and he only offered to help me when we were doing all of this and that’s the God honest truth.”

Austen replied, “Madison, I opened up a whole new world for you. You were like, ‘I go to work. I go home. I go to bed. And that’s that.’ And now you want to sit here and f–king dog me is unbelievable.”

Craig also came for Madison in an effort to have Austen’s back, but even Andy Cohen questioned why he was giving her such a hard time.

“You’re a terrible person and you’re a trash can,” Craig concluded.

Scroll through for more revelations from the Southern Charm reunion: