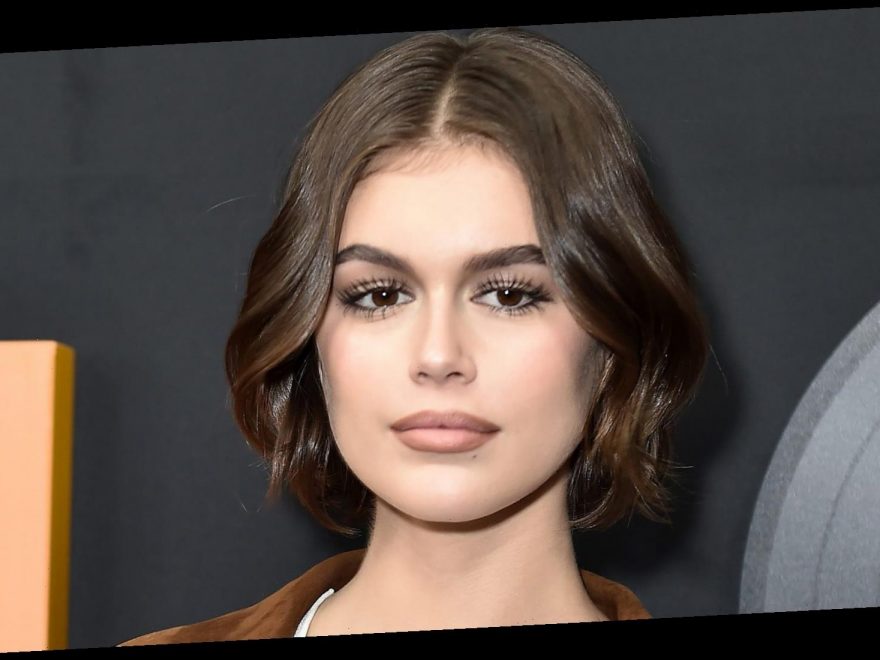 I tend to put away my sunglasses when the winter comes around because I associate them with summer. But it's not exactly news that the sun stays out for most of the year even as temperatures drop, which means we should seriously all be wearing sunglasses year-round, regardless of the season. At least, that's what Kaia Gerber thinks.

In recent weeks, Gerber has often been spotted out in a pair of tinted sunglasses. You've probably seen the orange lens sunglasses in a pilot silhouette on her Instagram by the new brand Lexxola. Gerber wore them for almost the entirety of November and December, and in the new year, she's been spotted in the same pair by the same brand but with blue lenses. She's actually worn the brand's blue/black Damien sunglasses on repeat for the last week and change to be somewhat exact. Clearly Gerber thinks we need to be wearing sunglasses at all times, so much so that she even modeled a pair on her dog — who looked great.

Gerber's recent enthusiasm for sunglasses, though, may have less to do with the misunderstood staple and more so with the brand. Newly launched Lexxola is a unisex brand made in New York looking to reimagine how we view our sunglasses. It sees a pair of shades as not just something we pack for vacation but that we wear every day and incorporate into our daily uniform. Gerber has flawlessly demonstrated how they do indeed look great with everything from Ugg boots to statement pants. Clearly, she never wants to take the NYC-based brand off.

Lexxola has recently been spotted on supermodels and influencers everywhere including Elsa Hosk, Emma Chamberlin, and Devon Lee Carlson, but it still feels like an under-the-radar secret kept by those in the fashion know.

If you follow anyone who works in fashion, you've likely fallen in love with the brand's signature Jordy in the tortoise and yellow colorway. The just-launched Saam, which features a more rounded frame that feels very vintage, is bound to be the next big It accessory amongst the Instagram fashion crowd. And for $260 a pair, the brand is definitely luxe but easily costs hundreds less than an It bag and, dare we say, is honestly much easier to seamlessly incorporate into any look.

So instead of complaining about the most recent blizzard or dreading the snowfall next week, throw on a pair of sunglasses á la Gerber. Chances are you'll see someone else braving the cold in the same pair.