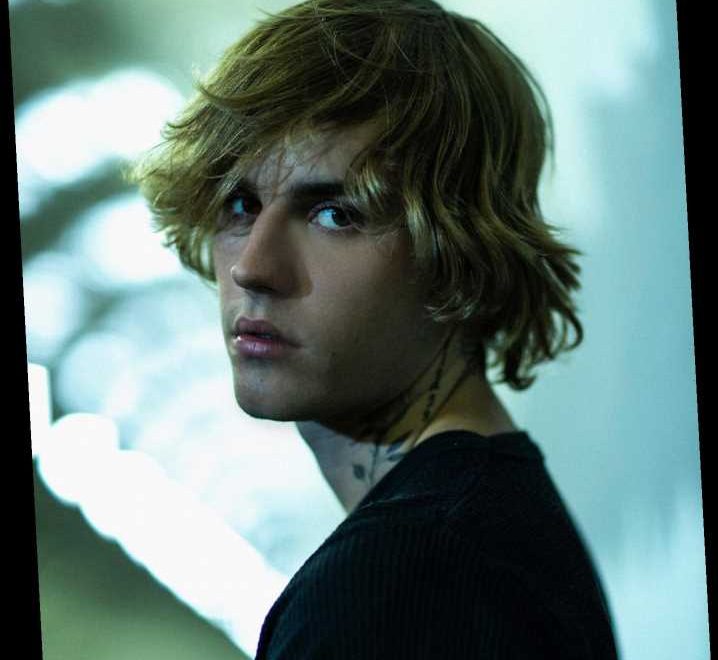 Billie Eilish dances to Harry Styles before her Grammys 2021 performance

Are the Grammys rigged? The Weeknd leads pack of artists claiming corruption

Justin Bieber sang about getting his “Intentions” straight on one of a string of hits he had last year.

After becoming a pop superstar as a teenager, making his debut when he was just 15, he’d struggled with fame and at one point seemed as if he might be headed for a Britney-esque meltdown.

But Bieber, now 27, has gotten his groove — and his purpose — back since releasing his comeback album “Changes” early last year. Since then, he’s been on a creative — and commercial — roll that continues with his new LP “Justice,” out Friday.

A more pop-oriented collection than the R&B-driven “Changes,” the 16-song set has already scored three hits in “Holy” — a gospel-charged collaboration with Chance the Rapper that is one of the best things Bieber has ever done — the romantic power ballad “Anyone” and the aching confession “Lonely,” on which he reflects on the “price you pay” for child stardom: “Everybody saw me sick/And it felt like no one gave a s – – t/They criticized the things I did/As an idiot kid.”

But judging from “Justice,” that “idiot kid” is now a happily married man (to model Hailey Baldwin) with a renewed love of making music. Here’s how Bieber found the road to redemption — both as an artist and as a man.

A 19-year-old Bieber was charged with DUI, driving without a valid license and resisting arrest after drag racing in Miami Beach. Bieber posted an Instagram pic of himself being led away in handcuffs on the seventh anniversary of his arrest in January. “Not proud of where I was at in my life,” he wrote. “I was hurting, unhappy, confused, angry, mislead [sic], misunderstood and angry at god.”

Bieber pulled the plug on the remainder of his “Purpose” world tour due to exhaustion and depression. After the cancellation, he started going to therapy regularly and reconnecting with his Christian faith.

After his on-and-off-again relationship with Selena Gomez, Bieber proposed to Hailey Baldwin in July 2018, and the young lovebirds secretly got married on Sept. 14 at a New York City courthouse.

Not only has Baldwin provided a stabilizing force for Bieber, but she has been his musical muse, with much of “Justice” playing like serenades to his wife. On one highlight, the moody meditation “Unstable,” he even addresses how she helped him cope with his mental health issues: “When I was broken in pieces, you were my peace of mind.”

Bieber appears on a “Bad Guy” remix with his superfan Billie Eilish. In her new documentary “The World’s a Little Blurry,” the two share a heartfelt hug when meeting at Coachella earlier that year.

After once being buds with disgraced former Hillsong pastor Carl Lentz and his replacement, John Termini, Bieber announced on Instagram that he is no longer affiliated with the church. “FOR CLARITY I AM A PART OF CHURCHOME,” he wrote, aligning himself with another celebrity-friendly megachurch.

Bieber drops “Justice,” which includes collaborations with Khalid (the piano-laced pledge “As I Am”) and Burna Boy (the Afrobeat-inflected “Loved by You”), while harking back to 2015’s “Purpose” on EDM-infused tracks such as “Somebody.” “I think this is the first time in my life where I’ve actually enjoyed the process of releasing an album,” Bieber recently told Billboard.