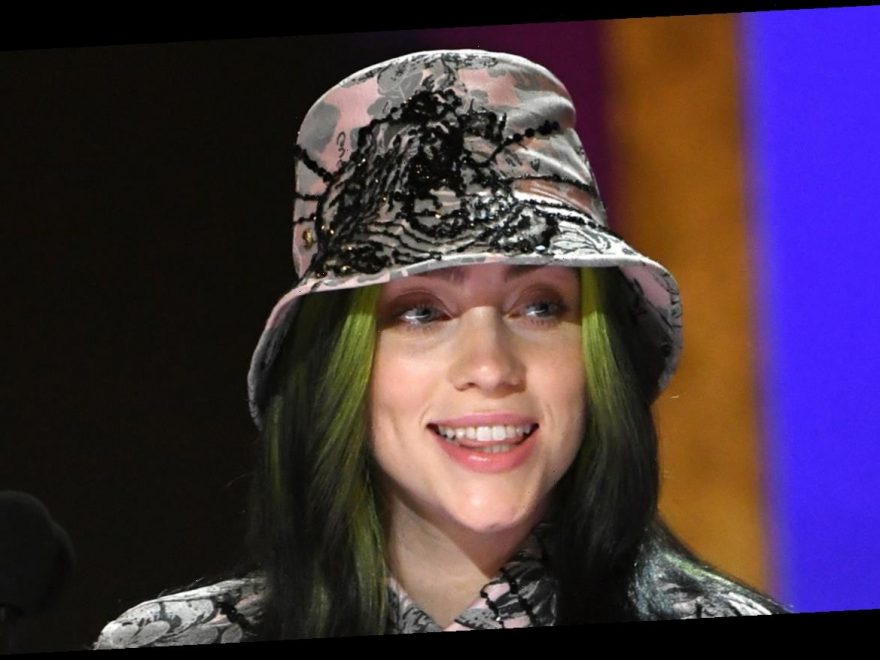 Billie Eilish is opening up about hiding her newly revealed blonde hair!

The 19-year-old “Therefore I Am” singer debuted her new look on Wednesday (March 19), just days after winning two more Grammys.

Billie previously said that she was going to dye her hair a new color after her documentary premiered to signify a new era.

The singer shared a new TikTok video after revealing her new hair color, and showed that she was wearing a wig. Her last TikTok video was from the end of January and was almost the same video, but a little different.

At the end of the new video, she lifts up her black and green wig a little to adjust it, then starts to laugh. In the comments, she revealed that she had been wearing a wig for “like 2 months.”

Back in February, Billie was seen out at the beach with her brother Finneas and had her head all covered up. Looks like it was to hide her hair!

While premiering her documentary a few days later, and at the Grammys earlier this week, Billie was seen wearing hats, appearing to help hide that she was wearing a wig.