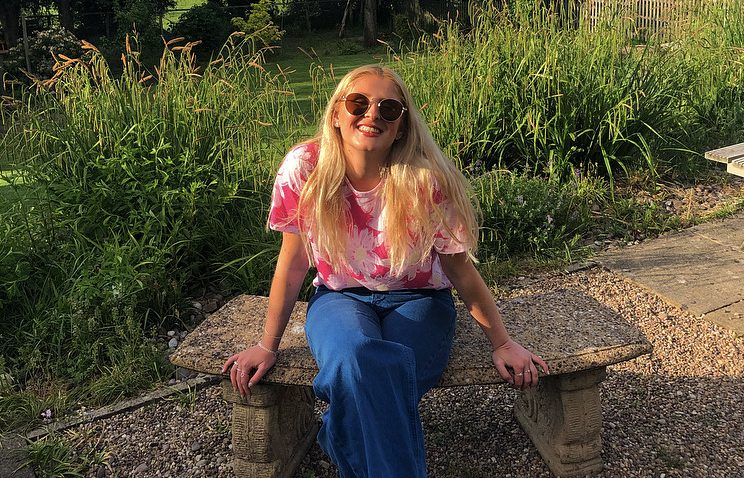 This summer, once Covid-19 restrictions lifted, I imagined myself frolicking around London with friends and hooking up with handsome men.

In reality, I spent my money on ostentatiously overpriced drinks and laughed with friends over many boring Hinge conversations that lead to one thing and one thing only: being ghosted.

I understand that not every ‘one in a million’ match that leads to a rendezvous or two on the London dating scene can be a ‘true love’ story. But, following my recent escapades with a wealthy guy, I realised something: I cannot date someone with opposing political opinions to my own.

I have always voted Labour, and come from a left-wing family from Derry and Birmingham who hold politics close to our hearts - it’s synonymous with our morals and values. We always think of others who are worse-off than ourselves, are very progressive, liberal and try to utilise our privileges to make a positive difference.

It’s also why I’ve spent six years supporting young women in the non-profit sector, working closely with those struggling with eating disorders and their mental health. Clearly, earning a lot of money isn’t on my list of priorities.

When I first swiped right on the gorgeous Sam*, his political leaning was absent from his profile. However when we finally met, as conversation flowed, I was immediately struck by our different upbringings and lifestyles.

Sam revealed that he’d grown up all over the world, attending international schools, with strings of nannies and maids. I got the feeling that he was saying it to impress me - and I was far from in awe.

I simply felt that I couldn’t relate to Sam at all. Nevertheless, this didn’t stop me from telling him about my own upbringing – I may not have been educated privately but I’m still a very privileged woman and I love my family and where I’m from. I knew that growing up in a small town in Derbyshire wouldn’t impress him, but I wasn’t trying to.

Later on, during the first date, Sam revealed his aspiration to be the breadwinner of his future family and that he wanted his children to go to a private school. I wasn’t surprised, given his background, just disappointed. It is something I’m strongly opposed to – I went to a state school, and I feel it’s unfair to pay for education to gain an advantage over others, as well as limiting the opportunities of those who are not privately educated.

I was perhaps overcome with naivety as I still fancied Sam; I wanted to give him a chance. I imagined a Titanic-esque Jack and Rose dynamic, two people with different lives defying the odds and finding love. Besides, despite our contrasting views, Sam was so sweet from the first moment I met him – talkative, charming and blessed with a smile that really lit up a room. So what if he epitomised wealth and privilege? Maybe over time we could find healthy compromises, or I could change his mind on certain topics.

Though I never explicitly asked him how he voted, it was obvious that my views are very left-wing. After the brief private school and money conflict, we decided to not speak about our politics, because we knew it would cause a divide. Still, the day after our first date, he sent me a picture of himself wearing boat shoes with no socks, and said that he was spending the weekend at his friend’s country house in Surrey - so I didn’t need to ask. I took an educated guess that he likely voted Conservative.

I always try to go on first dates with an open mind. I thought I could let our dissimilarities slide for a casual relationship but actually when it came down to it – I couldn’t. The dreamy, alcohol-fuelled haze when we first met faded quickly as meeting him the following week, stone-cold sober, felt like freezing water splashing me in the face. There’s only so much two people can discuss if you rule out world views – they manage to dovetail their way into any conversation.

I felt I’d confirmed that he was a Tory for certain during our second date when I asked Sam if he enjoys cooking, to which he replied that he buys every meal out (I’m still unable to fathom how ordering UberEats on a daily basis could be easier than having a loaf of bread in the cupboard and butter in the fridge). He defended his position, stating that he works hard for his money.

We then spoke about my charity work, which led to a conversation about people living in poverty in the UK. Brashly, he exclaimed: ‘But what am I gonna do about it?’

Well clearly nothing Sam, but try to show basic empathy, I thought. Still, I let it slide.

Things hit rock bottom when we got back to mine and Bad Feminist by the wonderful Roxane Gay was out on my bedside table. He started flicking through the pages, making snide - yet serious - remarks about how women hate men, that women are the reason that men don’t support the feminism movement, and that gender equality already exists in our society.

I immediately clapped back with counter-arguments, noting the tragic murder of Sarah Everard and the fact that 97% of women aged 18-24 have been sexually harassed. Not even four double G&Ts could stop me defending womanhood at 1am. I felt that he saw it as a man-hating movement as opposed to equality-seeking, which was a huge red-flag, signalling that we’d never work.

Despite him succumbing to my valid points by acknowledging his privilege as a white man and apologising for upsetting me, my body had stiffened and I felt my heart drop deep into the pit of my stomach. I felt as though nothing I said would actually change his mind and that he backed down purely because I was upset.

I was more than upset – I felt patronised and disempowered, with a burning desire to kick him out of my bed. Sadly, the fear of another debate kept me silent. I rolled on my side, shunning any advances he made for spooning or physical affection. I pretended to sleep until I heard his alarm ring, and with that he said goodbye and left for work.

The following night I received a message from Sam asking me to meet him in a bar in Soho. I politely declined.

I contemplated launching into essay-length WhatsApp expressing how we were too dissimilar to see each other again and how I felt disrespected by the comments he’d made, but I knew it wouldn’t make me feel any better. In the end, I told him that I didn’t want to see anyone right now, and that I needed to focus on my work and writing. This wasn’t necessarily untrue, however I didn’t feel the need to divulge my true feelings.

A few days later his dating profile re-appeared on my feed, now brandishing the word ‘Conservative’ with it, screaming at me in black and white. Sigh. Instead of regretting my rendezvous, I firmly decided that from now on, I would be asking for someone’s political leaning on the first date.

I believe that every person has different priorities and ways of living, and in this instance the stars weren’t aligning for Sam and I. It’s not my role to educate someone or force them to become the person I want them to be. I don’t think Sam’s a bad person – he’s just not my type of person.

Before Sam, I’d never dated a Conservative. I think going out with someone with the same political leaning leaves more room for open conversations, gives the reassurance that you won’t always have disagreements, and, if you get serious, you won’t be arguing about whether your kids will go to private school, or whether your families will get on despite their political affiliations.

I’m all for being with someone I can have healthy debates with, but ultimately I learned an important lesson through Sam. He reassured me that I always feel my best when the person I’m with shares my values.

I should stress that I don’t necessarily feel that all Tories disagree with feminism or misunderstand it as a man-hating movement. Additionally, I believe men, whatever their political persuasion, can be educated on it – I just don’t feel it was my responsibility in Sam’s case and exercised the boundary that felt right for me.

So, here’s my advice to any single women out there: if you want to know what a man is really like, leave a copy of the Bad Feminist out in plain sight.

We live and learn and it’s taught me one thing for certain: I’ll never date a Tory ever again.

*Sam is a false name

Rush Hour Crush – love (well, lust) is all around us

Tell us about your Rush Hour Crush by submitting them here, and you could see your message published on the site.