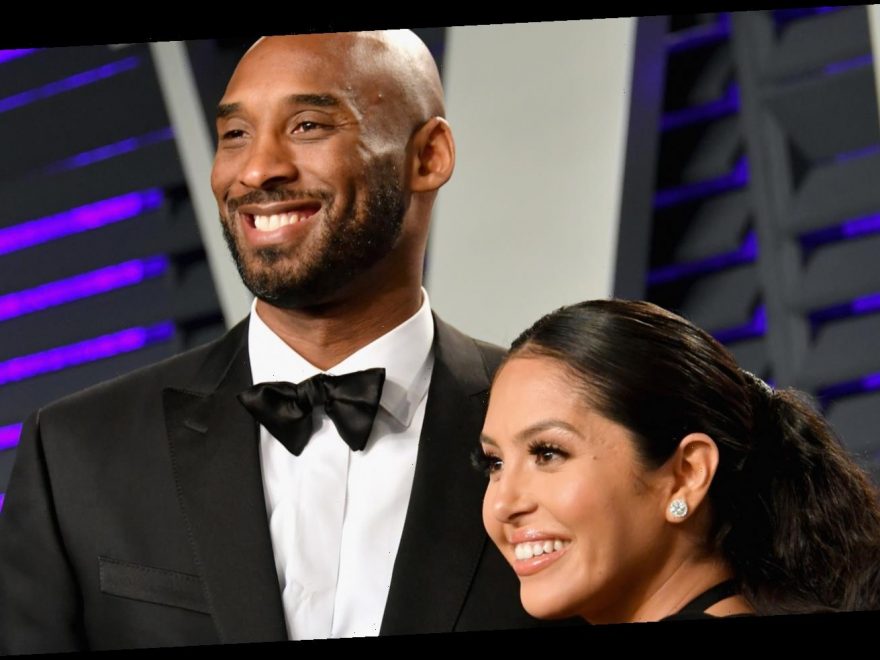 Many are well aware of the tragic losses experienced by the Bryant family in 2020, but the legend of Kobe Bryant – aka the Black Mamba – still lives on. One of the current professional basketball players who seek to honor the G.O.A.T. is Kyrie Irving who created his own version of a new NBA logo on February 24, 2021, featuring the former Los Angeles Laker (via Instagram).

In the image is the signature “NBA” text in a rounded rectangle with a blue and white background that features Kobe in mid-dribble instead of the traditional white silhouette of a generic player – who is said to be loosely based off former L.A. Laker and Hall of Famer Jerry West. (via People). Irving captioned the image, “Gotta Happen, idc what anyone says. BLACK KINGS BUILT THE LEAGUE.”

Not stopping there, Irving goes on to elaborate in the comments section, “To: All the people who say it is not about color “BLACK” or “BLACK KINGS” That’s what we call ourselves And that’s what oppressors refused to call MY ancestors. BLACK KINGS. Deal with it!” Within 24 hours of sharing, the post gained over 1.2 million likes and thousands of comments.

While many look to honor the legacy of Kobe in a multitude of ways, there’s one person who knew him best – his wife of 19 years, Vanessa Bryant. And many fans are wondering how the mother of four – Gianna passed away with Kobe in the helicopter crash – feels about this new tribute.

In a simple but poignant response, Kobe Bryant’s widow Vanessa reshared Kyrie’s Irving’s post to her since-deleted Instagram Story, as reported on People, and added the simple text, “love this.” Vanessa has previously taken to Instagram in January 2021 to share her thoughts on the news coverage of both Kobe and daughter Gianna, who died in the helicopter crash in 2020, as the 1-year anniversary approached.

“I want to thank everyone that has handled their media coverage respectfully,” she wrote. “To everyone else, please reconsider your ‘news story’ and look at your footage through the eyes of their children , parents, spouse, siblings and family. Celebrate their lives, not the day they lost them.”

The widow has worked actively over the past year to honor both the wishes and spirits of her husband and daughter, continuing to promote Kobe’s social justice initiatives including support for Black Lives Matter, honoring Giana’s accomplishments, updating the name and continuing the legacy of the Mamba Sports Foundation – now the Mamba & Mambacita Foundation in honor of Gianna’s nickname – for youth sports, getting a sweet tattoo to memorialize the father and daughter, and much more (via Yahoo!).

As for Jerry West, it’s possible he’s applauding the idea of a replacement as it’s reported he’s always felt a little embarrassed about the whole acknowledgment. West has not publicly commented on the Kobe logo campaign (via People).