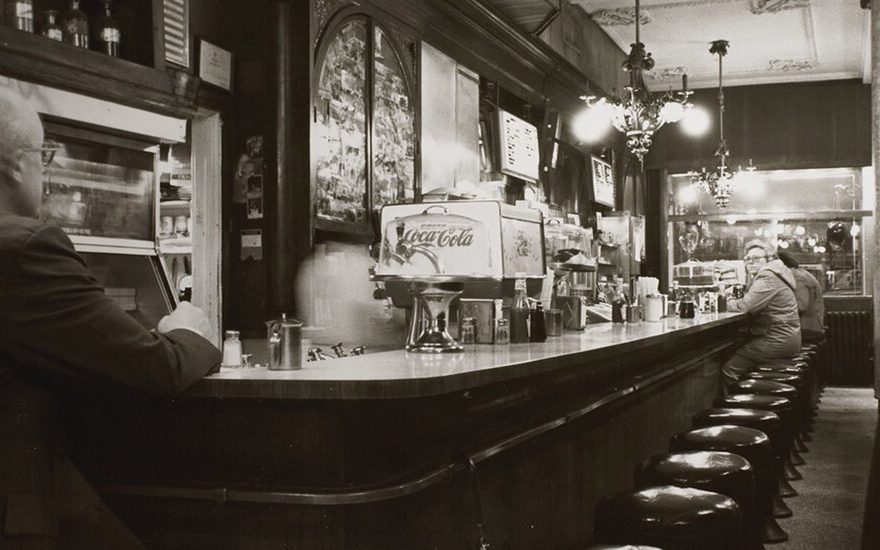 In this series for T, the author Reggie Nadelson revisits New York institutions that have defined cool for decades, from time-honored restaurants to unsung dives.

By the time Alec Ginsburg was 5, he knew he wanted to work at his father’s drugstore. “It wasn’t a decision, I just knew,” says Ginsburg, 29, who, along with his father, Ian Ginsburg, is now the co-owner of C.O. Bigelow in Greenwich Village. “I saw how he loved his work much more than my friends’ parents liked theirs,” Alec recalls. “He’d come home and tell me how he had met Lou Reed or David Bowie. My dad was like the mayor of Greenwich Village, and I thought, How cool!”

Both father and son are passionate about music. Ian, 58, recalls working at the store as a teenager with his father back when it still had a lunch counter. Musicians recording at Electric Lady Studios on West 8th Street often came by or called in for lunch. And Ian was happy to deliver. “When I figured there was a chance I’d meet Jimi Hendrix, I thought I’d just lose it,” he recalls. “I was so excited.”

Many of the coolest places — cool being a complicated concept — in New York are run by second-, third- or fourth-generation families. This is what gives them their style, their character, the feeling that they are necessary to the city and even their sense of humor. Inside Bigelow, from a small balcony at the back of the shop floor, a half-scale cloth model of Anthony Fauci — white hair, mask and all — made by Amy Henry, a set and production designer and a friend of the Ginsburgs’, has kept a benign eye on the store for the past few months. Because, of course, Bigelow has stayed open through the pandemic — just as it did in the aftermath of Sept. 11, and through Superstorm Sandy and New York’s big blackouts, when its great brass gas chandeliers (still there but now electric) were put to good use. 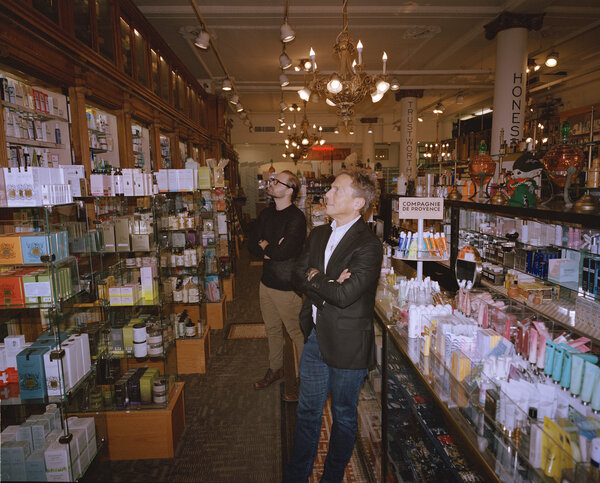 The store, on Sixth Avenue between West 8th and 9th Streets, is in the very center of Greenwich Village. And its landmark interior, which dates to 1902, is wonderfully preserved, with its original tiled floor and oak shelves. At the front of the space are glass-fronted counters where a dazzling array of seductive goods is kept: skin-care products from France, fragrances from Barcelona, sparkly hair bands, badger-hair shaving brushes and Bigelow’s own proprietary lotions and potions. When I go in to pick up hand sanitizer or Advil, I tend to come out with a basket full of delights that might include lavender-and-peppermint soap or a Tuscan fig candle. For the really hard-to-please, there are pill bottles wrapped in repurposed monogrammed Louis Vuitton canvas by the artist Sarah Coleman. But you can also find Pond’s Cold Cream and Alka-Seltzer.

At the back of the store is the pharmacy, which has a more communal, convivial spirit than your average Walgreens, with many long-term patrons stopping in for their medicines and vitamins, and staying to chat or get advice. In a sense, this is the heart of Bigelow. Alec can look up at the wall here and see the pharmacy licenses issued to his grandfather Jerry and his great-grandfather William, who bought Bigelow in 1939. “Before he joined the family business, my father was a band leader in the late ’40s and early ’50s,” Ian says of Jerry, who performed in the Catskills one summer with Mel Brooks as his drummer. “He definitely wanted a career in music. But his father, a strict Eastern European orthodox Jew, didn’t think it was a profession.”

These days, it’s Alec who oversees much of the store’s daily operations. From the age of 7, he spent his spare time stocking shelves and wrapping gifts in the shop, and he always loved the idea of the store, but Ian told him he’d have to qualify as a pharmacist before coming on full-time. And so, he spent seven years earning a B.S. as well as advanced pharmacy degrees at the University of North Carolina at Chapel Hill, completing his studies in 2016. “It worked out really well,” Ian says. “Alec was the only one of my kids who wanted to work here — but all my kids are brilliant at mathematics.” (Alec has two siblings: a brother, Reed, who works at SpaceX in Los Angeles, and a sister, Wendy, who works at a London bank.) In January, Alec set up the store’s Covid-19 vaccination program and he often administers the shots himself. But when it comes to routine medications, he is not above making bespoke flavors for his customers. “Kids like grape and watermelon,” he says. “Cats go for tuna and chicken, while dogs are crazy for bacon.”

I’ve been visiting Bigelow since the late ’50s, when my mother would take me for Louis Sherry ice cream at the soda fountain (it was removed in 1984). But the store’s history, of course, goes back much further. Lighting up the facade is a neon sign that announces the year — 1838 — in which a Vermont doctor, Galen Hunter, opened the Village Apothecary Shoppe a few doors down from the store’s current location. Clarence Otis Bigelow, who had worked for Hunter, bought the shop in 1880, renamed it C.O. Bigelow and moved it to its present address in 1902.

In New York, the corner drugstore has always been the place you go with a scraped knee or a swollen wrist. And Bigelow is a sanctuary for the mildly injured and those in need of guidance from a kindly pharmacist. Over the decades, all kinds of Greenwich Village denizens have stopped by: Mark Twain, who lived on West 10th Street in 1901; Eleanor Roosevelt, who leased an apartment on Washington Square West in the 1940s; the New York Dolls; the artist Frank Stella; and the lawyer William Kunstler, who defended the Chicago 7 in 1969 and ate lunch at Bigelow every day.

Ian took over the store in 1985. Like his father, he had considered a career in music — as a drummer — but instead he turned Bigelow into his art form. “I knew we couldn’t compete with the big drugstore chains,” he recalls. “So I thought we’d make this a feel-good experience, like the European apothecaries I’ve always loved.”

Since then, he has since established partnerships with the Florence-based toothpaste brand Marvis, the scent company Carthusia in Capri, and the Turkish rose water producer Gulsha. He stocks products that are often hard to find elsewhere in New York. “I like that these companies are all multigenerational like us, and that they have history,” he says. It’s not surprising, then, that Ian has preserved an astonishing archive of the store’s records and ephemera, some of which he keeps in his office on the building’s third floor.

The space is crammed with relics from Bigelow’s past: prescription pads yellow with age, ceramic apothecary jars and old vials and powder tins — containers from an age when chemists sold cocaine eye drops and heroin to suppress coughs. (It’s rumored the store also sold liquor during Prohibition.) Ian shows me a small bottle of lime tonol — a snake oil of its time, thought to cure everything from weak ankles to epilepsy and yawning — with a Star of David clearly stamped on it. “It’s from E. Schering, a Berlin pharmacy,” he explains. “It was partially Jewish-owned and by early 1938, Nazi officials defined a Jewish firm as one that contained anyone of Jewish or mixed ancestry in senior positions.”

“You can see here that there were recipes on the same page for hot fudge, coffee syrup and suppositories,” he says, while opening one of the hundreds of timeworn ledgers. From time to time, the company will excavate an old recipe from its archive and reintroduce it with some modifications. The brand’s hand cream, for example, which debuted in its current form in 2003 and is made with lemon oil and extracts as well as shea butter and kukui nut oil, is based on a lotion first introduced in 1870.

Back on the main floor, Ian waves to Alec, who is working at his desk on the balcony overlooking the store, and recalls his own early years there when he would ride up and down in an old dumbwaiter, which has since been boarded up.

It’s true that Bigelow has seen its fair share of the good and great, the famous and infamous. And it’s true that the store sells rare and marvelous toiletries. But as Dolce Gonzalez, one of Bigelow’s pharmacy assistants, says, perhaps what defines the place most of all is that “there’s a warmth and magic in the store.” Many of her relatives, including her sisters and kids, have worked at Bigelow over the past two decades. “It’s very family,” she says. “Ian treats everyone so well. The minute I walked in, I fell in love with it.” She started on June 1, 1999, and soon after met Eddie Gonzalez, the building manager. Six months later, they were married.