Celebrities and supermodels can’t get enough of these cutout dresses

While hosting “Dancing With the Stars” on Monday, Tyra Banks made headlines on Monday with her unique outfit: a Julian Mendez Couture dress with enormous, fan-like sleeves that reminded many on social media of the deadly spitting dilophosaurus from “Jurassic Park.”

The supermodel, 47, stopped by “The Late Late Show With James Corden” on Wednesday to address the dinosaur comparisons — and defend her outré style.

“Different is what? Better,” Banks said. “I don’t have time to be normal in a pretty dress, because nobody is going to say anything about a pretty dress. You’ve got to push it and go for it.”

And go for it she did. “WHAT in the heck is Tyra wearing now?!?!” one person tweeted upon glimpsing her over-the-top outfit, while another quipped, “Tyra Banks looking like she just killed Newman in Jurassic Park.”

Banks told E! News’ “Daily Pop” on Tuesday that she had a more angelic reference in mind with her look: “I call it Victoria’s Secret wangs. It’s not wings. It’s got an ‘A,’” the former VS Angel joked. “That’s how we did it.”

Still, it seems like her glam squad anticipated the dress would go viral for a very different reason.

“My stylist was like, ‘Yeah, we did know that you looked like a lizard before the social [memes] started,’” Banks told Corden. 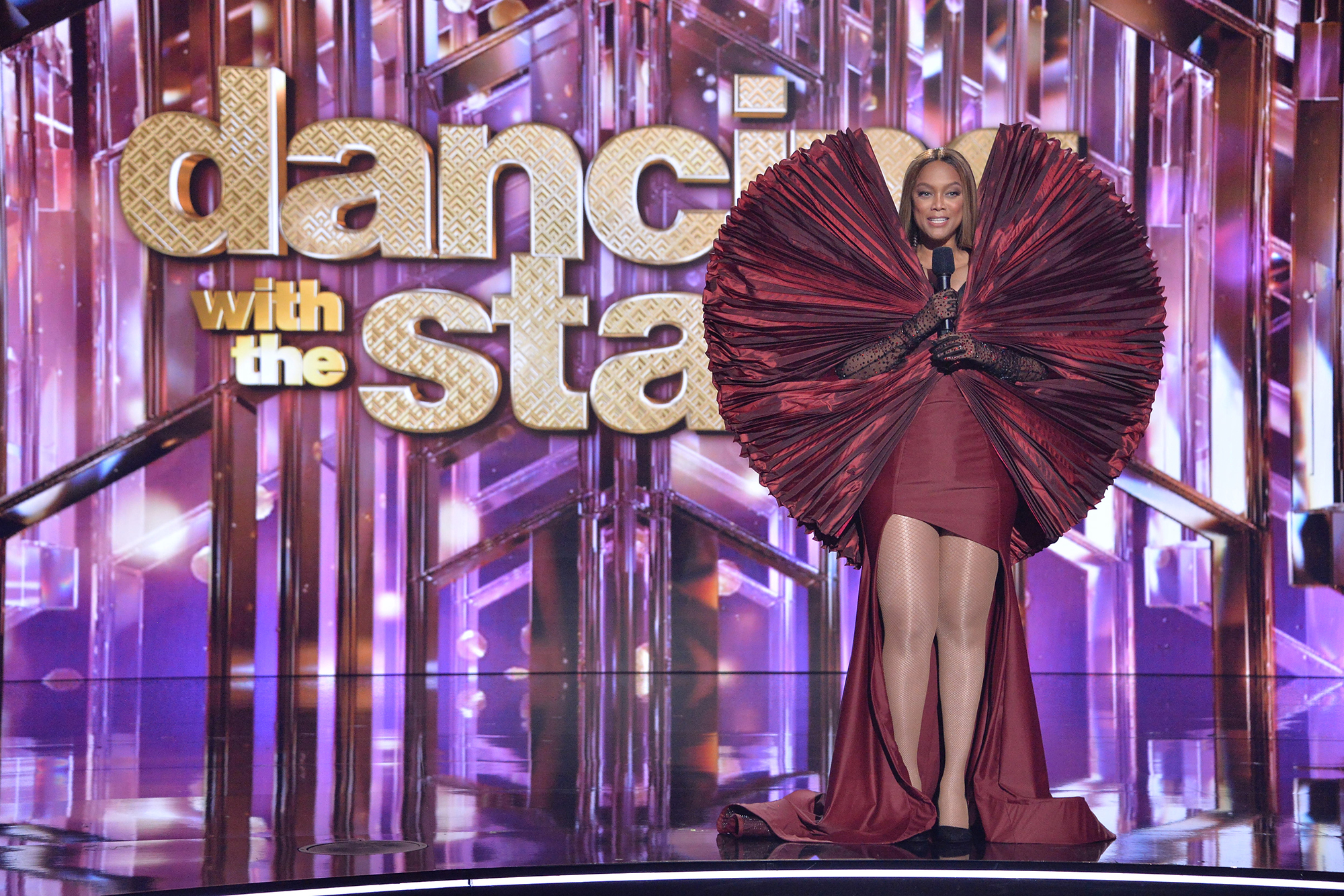 But the catwalk icon’s clearly enjoying starting conversations with her “DWTS” costumes, having previously channeled J.Lo in a plunging jungle-print gown and taken the stage in an explosion of blue ruffled tulle.

“I don’t think I’ve ever had this much fun with fashion in television in my entire career, including ‘America’s Next Top Model,’” she told Parade in 2020 of her on-air looks. “Like I’m thinking ‘Met Ball times 10’ on theme nights.”

Anna Wintour would do well to extend Banks a gala invite next year.