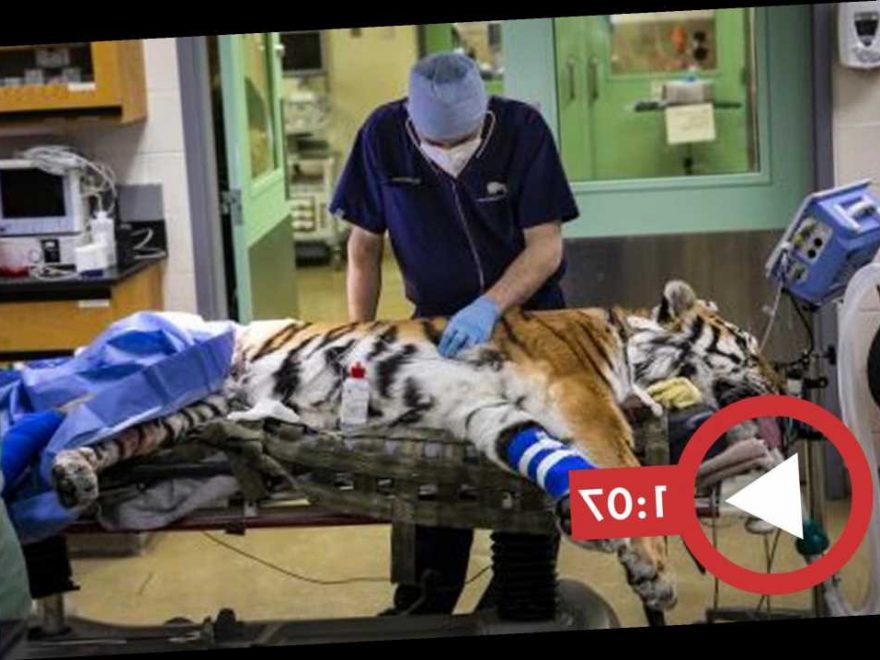 An arthritic tiger has received rare and life-preserving hip-replacement surgery.

A 10-year-old Amur or Siberian tiger — named Malena — underwent a 6½-hour surgery at a veterinary hospital at the Brookfield Zoo in Chicago on Wednesday.

“We’re hopeful that by doing the surgery now, we’re able to really get on top of this arthritis and keep her comfortable so that she’s able to live a good quality life for many years down the road,” the Chicago Zoological Society’s Dr. Michael Adkesson told the Associated Press.

Dr. James Cook of the University of Missouri led the team of surgeons through the operation, which ran longer than expected but ended successfully, according to the AP.

“The first six weeks are critical, but we’ve given it our best shot and are pleased with the result,” Cook said.

Veterinarians told the AP that arthritis is as common in animals as it is in humans. In most captive animals, the pain is managed with drugs and physical therapy, but in extreme cases, surgery is called for to extend the creature’s life.

And Malena’s survival is critical — she is part of an endangered population that includes just 500 to 600 Amur tigers.

One reason these procedures are so rare in animals is because the implants must be designed with a custom fit to their quadruped body. Malena’s tailor-made hip was created and donated by Florida-based medical device manufacturer Arthrex.

“We’ve got to replace both parts, the ball and the socket, and we’ve got to do that in a really minimally invasive way so that we protect her musculature and give her the best chance of recovery,” Cook said in a statement prior to surgery.

Three big cats in Germany — a snow leopard, cheetah and another tiger — have undergone hip replacements with a standardized design, rather than custom-made, with reportedly “mixed” results.

The hard part is just beginning for Malena and her handlers.

“Obviously, from a therapy standpoint, we’re not able to get in with the tiger the same way we might do physical therapy on a dog or a domestic cat,” Cook said of Malena’s post-operative rehabilitation. “But our care staff have a wonderful relationship with these animals, and they’ll be able to get her up and kind of moving around by asking her to come to different areas of the enclosure.” 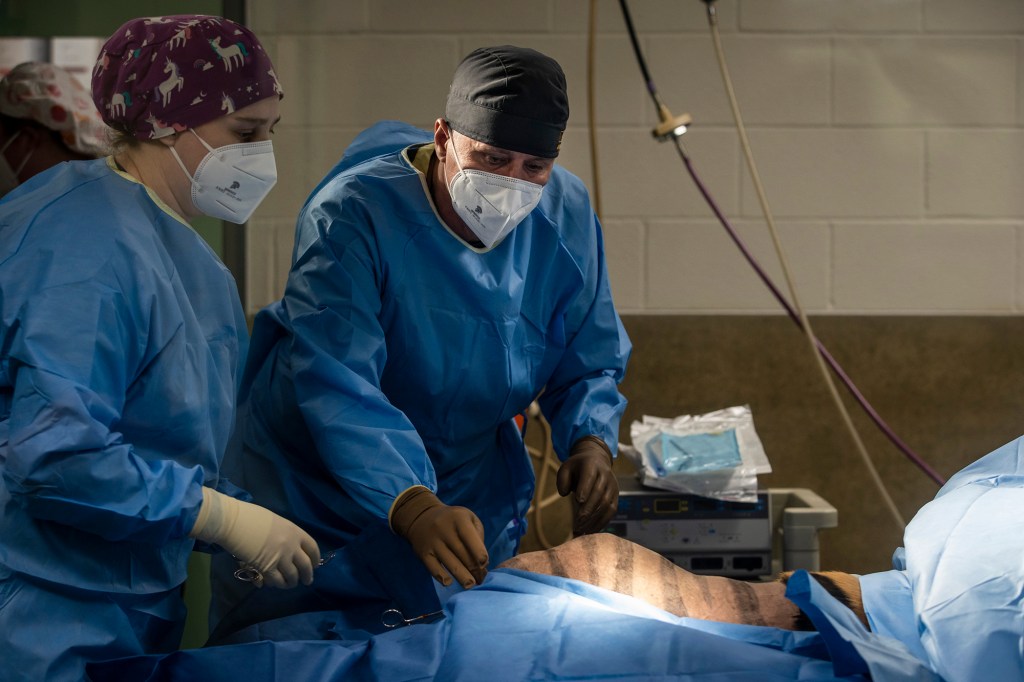 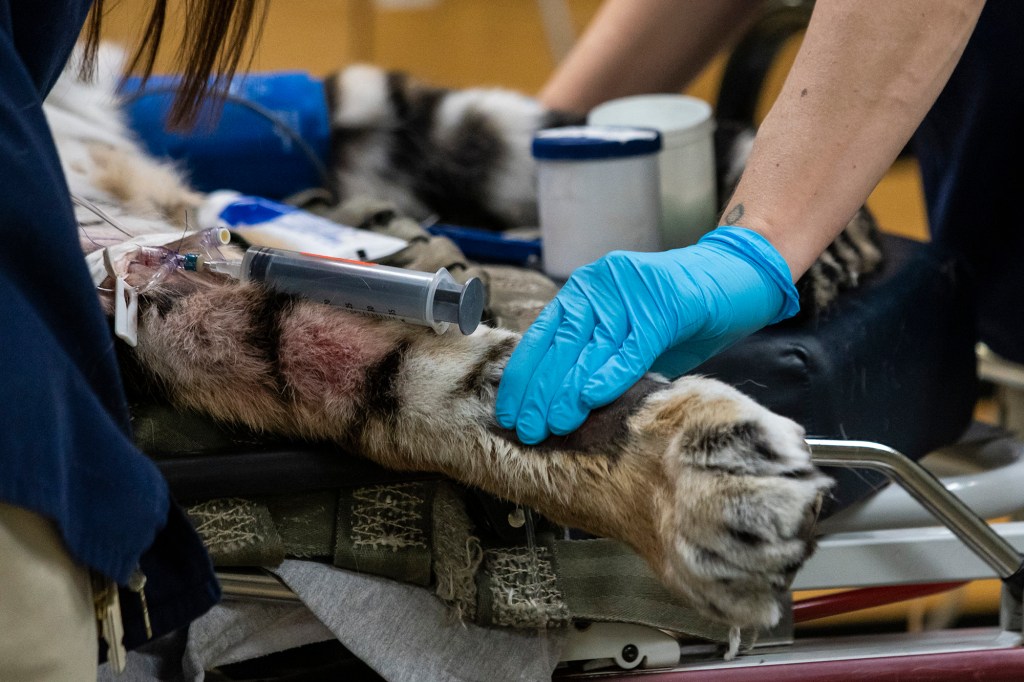 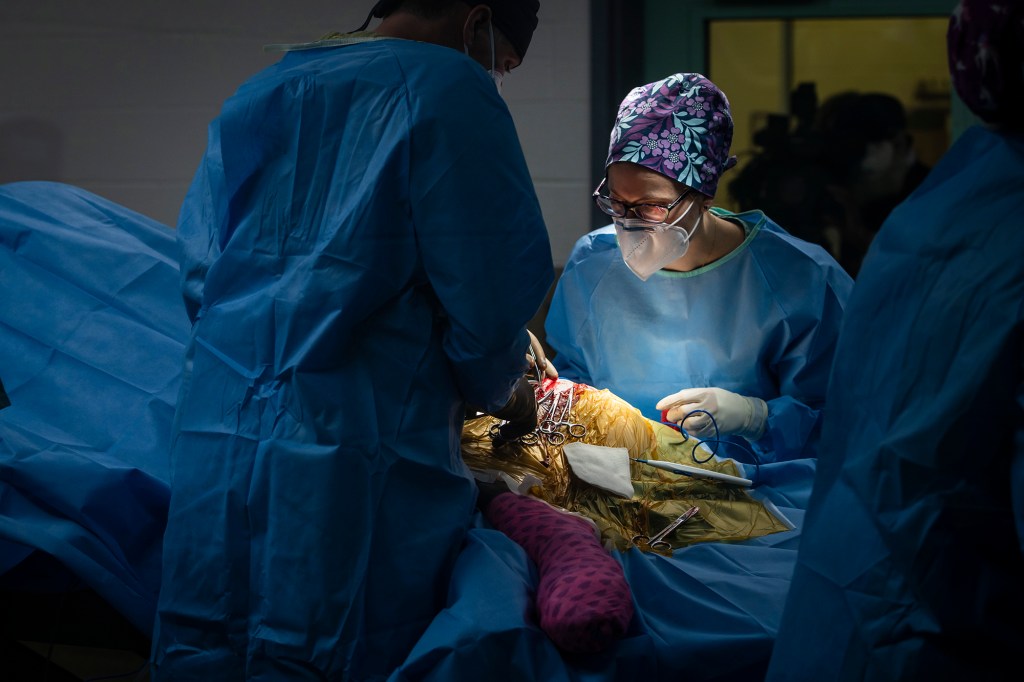