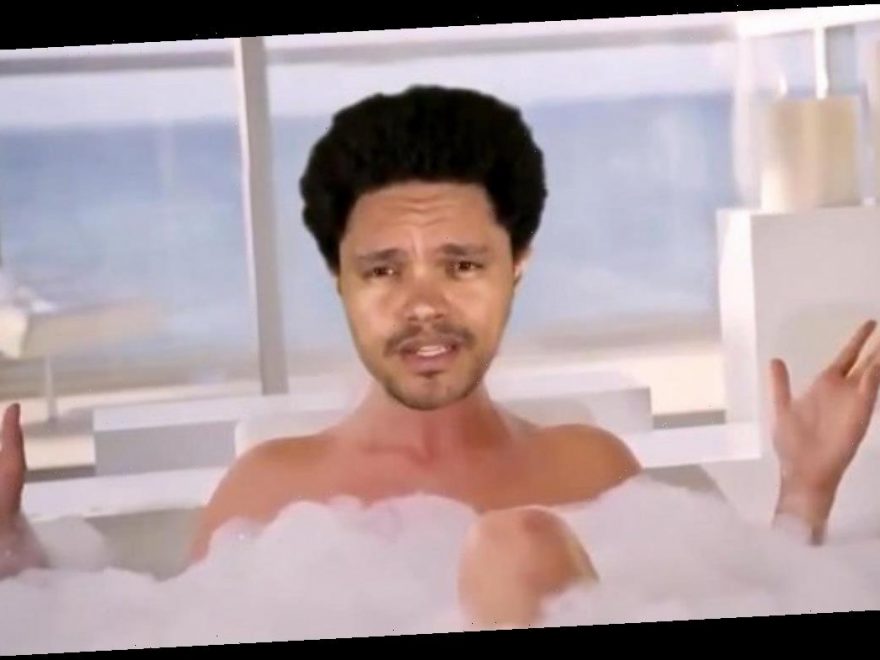 If you’ve been wondering, “What’s going on with GameStop’s stock?” Trevor Noah has you covered. The Daily Show host digitally inserted himself into Margot Robbie’s bubble bath scene from the 2015 film The Big Short to explain the company’s $5.5 billion stock surge controversy.

“Margot Robbie wasn’t available to explain this GameStop situation in a bathtub, so this is the best we could do,” he captioned his clip posted on Wednesday.

“Basically, there’s a group of people on Reddit who don’t use the stock market to invest, they use it to gamble,” Noah kicks off his video. “And, yeah, that’s what a lot of serious investors do, too. But these guys on Reddit are more honest about it, and they love to troll the people who aren’t.”

“But the Redditers are gamers who have a semi-ironic love for the store,” Noah cheekily continues. “So they started making memes encouraging each other to punish the serious people by buying worthless GameStop stocks.”

“Now, instead of failing, GameStop is succeeding wildly,” he adds, before turning his head and staring at the camera. “Not really, of course. Not as a business.” Watch the full clip below:

Margot Robbie wasn't available to explain this GameStop situation in a bathtub, so this is the best we could do. pic.twitter.com/Mw1dabmIzQ

The Big Short co-starred Brad Pitt, Christian Bale and Ryan Gosling, and followed wealthy opportunists who profited off the American economic meltdown in the mid-2000s.

Robbie, along with the late Anthony Bourdain and Selena Gomez, appeared in the Oscar-winning film, helping to explain the complicated investment system that led to the 2008 financial crisis. Watch Gomez’s clip below.