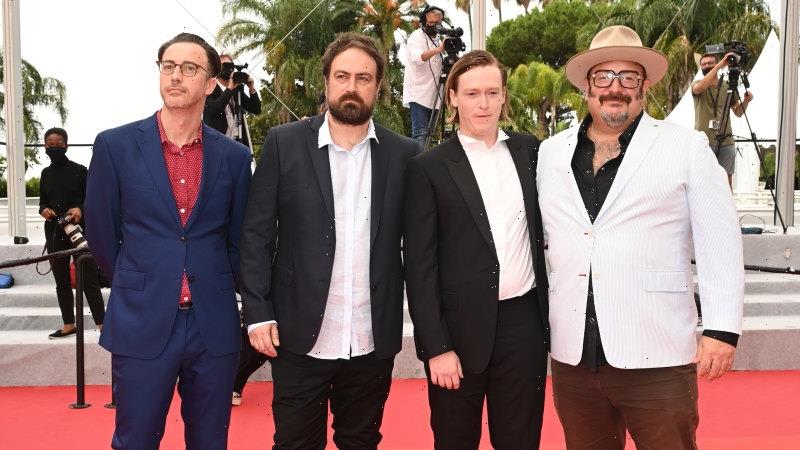 Several things happened when the lights went up after the premiere of Nitram, the first Australian film to be chosen for the Cannes Film Festival’s prestigious competition in a decade. The audience stood to give the film a seven-minute ovation. Caleb Landry Jones, who plays the mass killer at the centre of the film, was in tears. And then Spike Lee, head of the Cannes competition jury, came over to give him a congratulatory hug. Completely against COVID rules, of course, but Spike Lee knows what he likes.

Then the first reviews, embargoed until the screening finished, came online. “A hypnotically disquieting film,” concluded The Guardian’s chief critic, Peter Bradshaw, in a four-star review, having explained the background of the Port Arthur massacre in 1996. “Nitram is an uncommonly tough, taxing film with an aftershock that’s hard to shake,” agreed David Rooney in the trade magazine Hollywood Reporter. Variety critic Jessica Kiang commended the film’s respect for the victims, along with its excellent performances. “Nitram may come to be recognised as one of the finest exemplars yet of the mass-shooting movie — inasmuch as we can stomach having an entire genre built around the phenomenon,” she wrote. 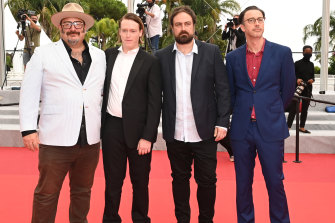 Director Justin Kurzel tells his story quietly. The boldest of the decisions he took with screenwriter Shaun Grant was not to show the massacre itself. The focus is instead on Bryant’s relationships with his family: his sharp, shrivelled mother (Judy Davis), the father who stands at the edge of a depressive abyss himself (Anthony LaPaglia) and Helen (Essie Davis), the fey middle-aged heiress who takes in this young fellow loner, teaches him to sing Gilbert and Sullivan tongue-twisters and then unexpectedly dies. With the money he inherits from her, her young playmate can buy any gun he likes.

The great strength of Grant’s script is that it bears witness to its central character – never given a name other than Nitram, a backwards name given to the backward boy at school – without trying to reconfigure the facts of his life into an explanation. A glimpsed television report on the Dunblane school shooting in Scotland, which happened just a few weeks before the Port Arthur massacre and may have inspired it, shows a chief constable telling the press that they don’t know why the perpetrator did this and they probably never will. The same goes for the fictionalised Martin Bryant.

There are hints, however, of what he is to become. The film opens with a television interview with the real Bryant, aged about 10, in hospital after burning himself playing with fireworks. Had he learned his lesson? asks the reporter off-screen. Would he play with fireworks again? You bet he would. As an adult – shown as unsettling and utterly unlikeable in what The Hollywood Reporter described as a “vanity-free performance” by Jones – he likes to pass crackers over the fence to the children at his old primary school, daring them to take their own chances.

“These are my friends!” he protests when his father answers the headmaster’s call to come and haul him away. But of course, Nitram doesn’t have friends; his efforts to pal up with local surfer dudes by buying a board make for excruciating viewing. By the time he goes into the gun shop, with no licence but a bag full of cash, we can see that this should not be able to happen. We may not know what drives him to murder, but we do know that this is what most lone gunmen are like: alienated, excluded, isolated.

“Might there be something evasive in Kurzel’s decision not to show the climactically evil moment of Bryant’s existence? I don’t think so,” writes Bradshaw in The Guardian. “Scenes like those might overbalance the film, which has so intriguingly shown Bryant’s strange, looming intensity, the floating strangeness of his thoughts, mixed with the nauseous boredom and aimlessness of his simmering existence.” Rather than shock with violence, Nitram shocks with facts. When the film closed with a sobering end-title stating that there are more guns in Australia now than there were in 1996, half the Cannes audience gasped.

The point of Nitram, says producer Nick Batzias, is not to wrap up the whole Port Arthur story but to provoke a conversation about it. The film has sold to most European territories, with British and German deals expected to close before the end of the festival. “In the US there is interest, but I think with a film like this a lot of people are going to wait and see what the critical response is,” says Batzias, who is in Cannes with the film. “But it’s going to sell most territories by the time we leave here. And everyone that has bought it is the right home for that sort of film, interested in that conversation.”

Nitram will have its Australian premiere at the Melbourne International Film Festival on August 6 ahead of a national cinema release.