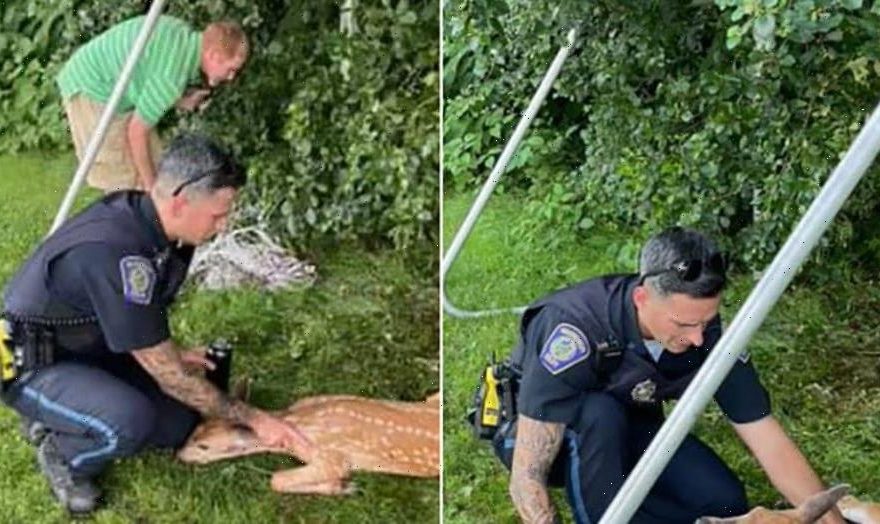 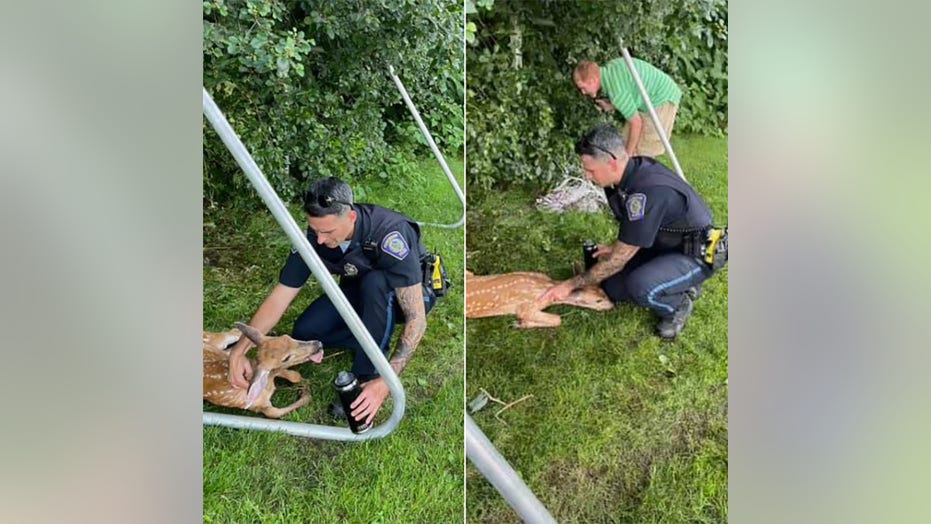 This rescue counts as a goal.

A Massachusetts police department recently responded to an unusual call. Apparently, a deer had become stuck in a soccer net at a local school and needed to be rescued.

The Foxborough Police Department posted about the incident on Facebook. According to the statement, a deer had gotten its head stuck in a soccer net at the Ahern Middle School.

The police department wrote, however, that this was all just “in a day’s work.”

“We routinely respond to a wide variety of medical assistance calls,” the Facebook post from Thursday states. “One this afternoon was a rather unique encounter.”

The post continues, “An alert person observed a deer that had its head stuck in one of the soccer goal nets at the Ahern Middle School. The deer appeared to be struggling to free themselves[SIC] and was bleeding.”

The department included photos of the responding officer sitting with the deer after it had been freed. In the images, the officer can be seen offering the deer some water while another individual handles the disconnected soccer net in the background.

“Officer Ryan McGrath responded and, after several minutes, was able to free the deer’s neck from the net,” the post states. “The startled deer was comforted with some water before it eventually rose to its feet and retreated into the woods.”

Based on the response from locals to the Facebook post, Officer McGrath has made some new fans in the community. Several commenters even compared him to Steve Irwin.