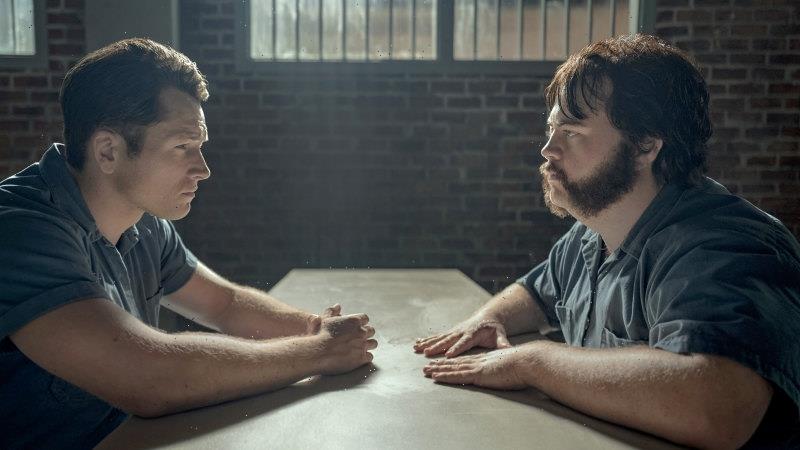 Jimmy is a smug charmer whose self-satisfaction is barely dented when a judge hands down a 10-year prison sentence for drug dealing and having a cache of weapons big enough to topple a small country. He’s still acting like he has the upper hand when FBI agent Lauren McCauley (Sepideh Moafi) comes to him with an offer of early release and a clean slate. 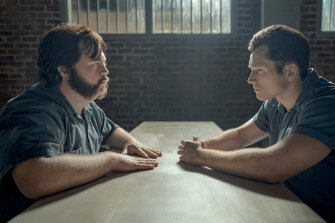 All he has to do is transfer to a high-security prison for the insane, befriend Larry without arousing suspicions, extract a confession – and find out where the bodies are buried – and get the hell out before someone necks him. Easy as, bro.

Unfortunately, Jimmy’s stroke-affected ex-cop dad (Ray Liotta, in one of his last screen roles) blows his cover before morning tea. With a crooked warder and a mob boss prisoner not missing a thing, the chances of Jimmy surviving, let alone succeeding, become vanishingly slim.

Created by Dennis Lehane, whose stock in trade is troubled masculinity and crime, and based on a true story and a book co-authored by Keene, Black Bird clearly wants us to identify with the journey of the fallen golden boy. He seems to have it all at the outset – the looks, the cash, the fast cars, the winning smile – but there’s something painfully hollow inside. By venturing to the depths, he finds his core, and emerges a better man. 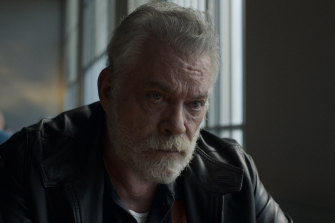 Ray Liotta plays Jimmy’s father in one of his final screen roles.Credit:Apple TV+

Yeah, whatever. Egerton is fine in the role, and at times is terrific (a scene in which Jimmy listens to Larry describe in detail what he does to young girls in his “dreams” is devastatingly powerful), but what Jimmy finds at his core is an unacknowledged misogyny he shares with Larry. And in conveying that, Egerton is no match for what’s going on across the table.

Paul Walter Hauser is simply mesmerising. Though he seemed to appear from nowhere to star in Clint Eastwood’s Richard Jewell in 2019, Hauser had been plugging away in bits small and smaller since moving to LA a decade earlier. In 2017, he played opposite Margot Robbie as Tonya Harding’s former bodyguard and accomplice in the vicious attack on ice skater Nancy Kerrigan in I, Tonya. Those were both terrific performances, but this is something else.

For all Jimmy’s charm, it is Larry who sucks us in. He’s been dismissed his entire life as simple, not all there – the family legend has it that his twin Gary (Jake McLaughlin) ate more than his share of nutrients in the womb, leaving fetal Larry with scraps – and as an adult he’s been written off as a fantasist whose serial confessions are nothing more than a desperate bid for attention.

And it’s true, Larry does want to be seen. But the lengths to which he will go for that are chilling. The fact he can take Jimmy, and us, along for the ride is testament to the power of the actor, not the validity of the sick world view that guides the character. It’s a rare talent that can make you feel repulsion and empathy at the very same time, but in Black Bird Hauser shows he has it in spades.