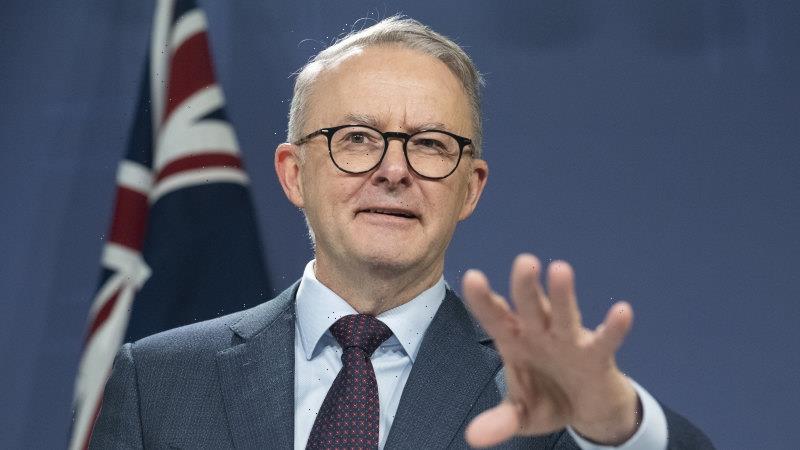 Prime Minister Anthony Albanese has blamed the Greens political party for a decade of inaction on climate change, and challenged them to back Labor’s target of a 43 per cent emissions reduction by 2030.

Albanese has also left the door ajar to the federal opposition being invited to the jobs summit in September, promising to “consider those things in the fullness of time”. 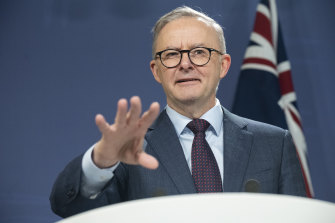 The prime minister said Labor had a mandate for the 43 per cent target to be legislated, that it would consider sensible amendments to the legislation, and ultimately “every member of the House and every member of the Senate should vote for it. If they don’t. They’ll be held accountable for it”.

But it was his criticism of the Greens, who want 75 per cent emissions reduction by 2030, that will potentially reignite the political fight over climate change policy – even as Labor insists it wants to end the climate wars.

“We have a mandate for our position on climate. We announced it in December last year, we announced 43 per cent by 2030. We announced 82 per cent renewables as part of the national energy market by 2030. It will create 604,000 new jobs,” he said.

“It will result in Australia rejoining the world effort to tackle climate change. If the Greens party haven’t learned from what they did in 2009 – that was something that led to a decade of inaction and delay and denial – then that will be a matter for them.”

“We have through the last national cabinet meeting received the unanimous support of states and territories for our plan going forward. It’s time to end the climate wars.”

Back in 2009, the Greens twice voted with the Liberal and National parties to oppose then-prime minister Kevin Rudd’s proposed carbon pollution reduction scheme as they argued the scheme was not ambitious enough.

A price on carbon emissions was subsequently introduced under Julia Gillard’s government in a deal with then-Greens’ leader Bob Brown, but the scheme lasted less than three years.

Labor lost the next election after a ferocious campaign from Liberal leader Tony Abbott over Gillard’s broken promise not to introduce a so-called carbon tax and the scheme was repealed.

Albanese said he wouldn’t revisit “the game playing about figures plucked from the air”.

Opposition Leader Peter Dutton has said the Liberal and National parties will vote against legislating the 43 per cent target, which means Labor needs the support of the 12 Greens senators plus one other vote from the Senate crossbench.

ACT senator David Pocock and the two Jacqui Lambie Network senators have both suggested they are open to supporting the Labor proposal for 43 per cent. Pocock has said he wants a higher target but that Labor’s 43 per cent target should be treated as a floor, not a ceiling.

Minister for International Development and the Pacific Pat Conroy said from Fiji on Tuesday that Australia’s 43 per cent target was credible and that reaching it would be a challenge.

“But we will get there on the way to net zero emissions by 2050 … and, as the prime minister has said, 43 per cent is the floor, we will achieve it, and we will go from there,” he said.

At present, Australia’s target is a 26-28 per cent cut in emissions by 2030 against 2005 levels. If Labor cannot pass the legislation, Climate Change Minister Chris Bowen has said he has designed much of the government’s policy offering so that it can be implemented anyway.

He said “when we’re speaking about the impact of floods and natural disasters, where we have one-in-1000-year events becoming one-in-100-year to becoming one-in-10-year to annual events, I don’t know what it takes to wake up people, whatever their side of the political spectrum, to the fact that we need to work together and stop the conflict and work in a way that delivers outcomes”.

Comment has been sought from Greens leader Adam Bandt.