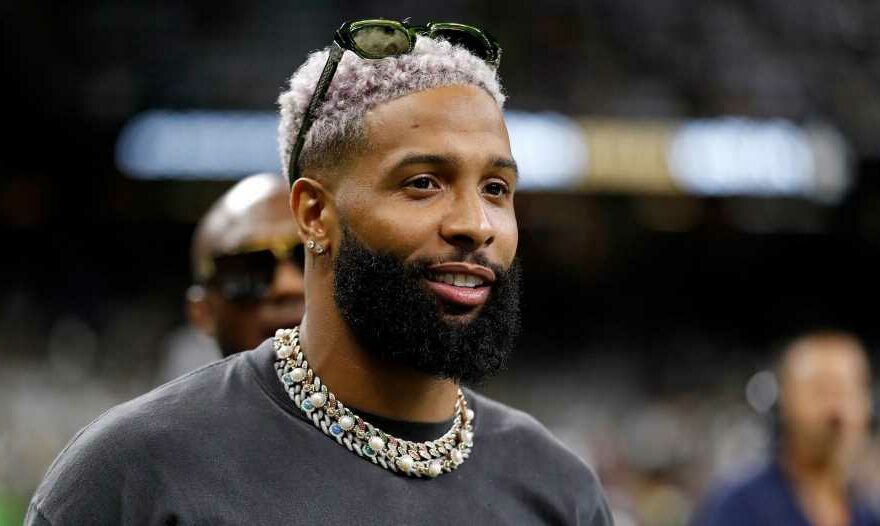 In the penalty box. Odell Beckham Jr. was escorted off of a plane after allegedly “refusing” to comply with safety protocols — and his lawyer is speaking out.

Not Just Deflategate! Biggest NFL Controversies Through the Years

The NFL star, 30, boarded a commercial flight on Sunday, November 27, leaving Miami for Los Angeles. Police were later notified of a medical emergency as the crew grew concerned for a passenger before takeoff.

“At approximately 9:30 a.m., officers from Miami-Dade Police Department, were dispatched to a medical emergency at an American Airlines flight,” the Miami-Dade Police Department told NFL Network in a statement. “Fearing that Mr. Beckham was seriously ill, and that his condition would worsen through the expected 5 hour flight, the attendants called for police and fire rescue. Upon the officers [sic] arrival, the flight crew asked Mr. Beckham several times to exit the aircraft, which he refused.”

American Airlines issued a separate statement addressing the incident, noting that the aircraft “returned to the gate before takeoff due to a customer failing to follow crew member instructions and refusing to fasten their seatbelt.” The flight “re-departed at 10:54 a.m. local time” after Beckham Jr. was removed.

The Louisiana native seemingly weighed in on the situation via Twitter on Sunday, writing, “Never in my life have I experienced what just happened to me… I’ve seen it all.” In subsequent posts, the pro athlete called out the “comedy hr” moment and reiterated: “I COULD NEVER MAKE THIS UP.”

Beckham Jr.’s attorney Daniel Davilier shared his client’s side of the story in a lengthy statement to NFL Network, asserting that the wide receiver boarded the plane “without any problems” on Sunday morning.

“Mr. Beckham fell asleep with his blanket over his head, which is his normal practice for long flights. He was [awakened] and told that the plane was back at the gate and that he needed to get off the plane because he did not put his seatbelt on when asked. He responded that he was asleep, and that he would put his seatbelt on at that time,” the lawyer claimed. “He was informed that it was too late, and that either he would have to get off the plane or everyone would have to deplane.”

American Airlines allegedly “proceeded to send Mr. Beckham’s luggage to Los Angeles” despite him no longer being on the plane. “That incident was unnecessary,” Davilier concluded. “Sleeping on a plane should not be a cause for removal from a flight. If they could wake him up when the flight returned to the gate, then they could have done the same thing to ask him to put on his seatbelt.”

The LSU alum is currently a free agent after winning Super Bowl LVI with the Los Angeles Rams in February. He began his NFL career in 2014, signing a four-year contract with the New York Giants before joining the Cleveland Browns in 2019.

During the 2020 season, Beckham Jr. was placed on injured reserve after tearing his ACL in a week 7 game against the Cincinnati Bengals. He was released by the Browns in November 2021 and signed with the Rams. The former Rookie of the Year scored a touchdown to help the California team defeat the Bengals in his first-ever Super Bowl win. One day later, it was revealed that Beckham Jr. tore his ACL once again.