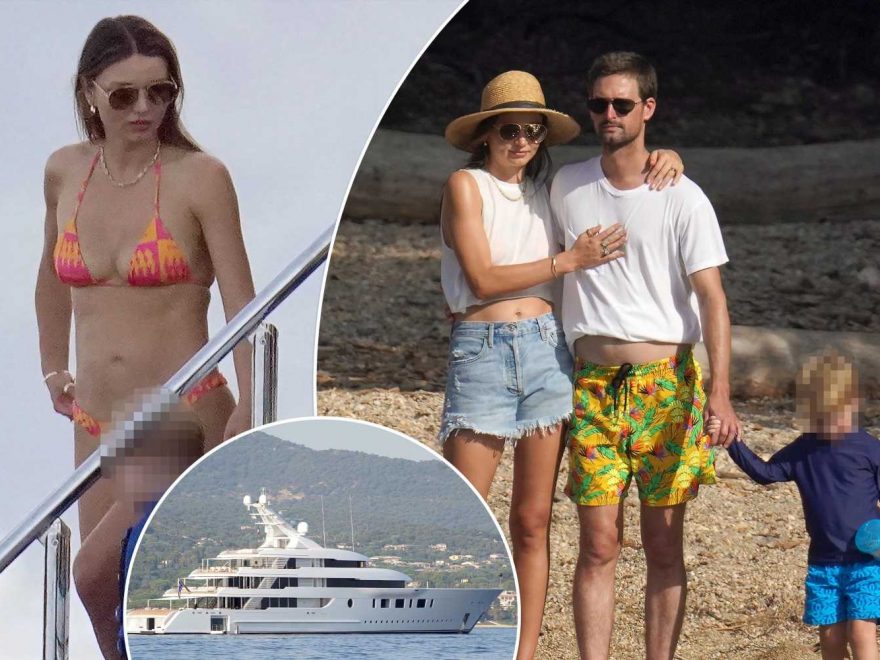 The billionaire couple were spotted aboard their 311-ft mega yacht sailing through the Mediterranean with their two sons, Hart, 3, and Myles, 2, as well as Kerr’s son, Flynn, 10, from her previous marriage to Orlando Bloom. 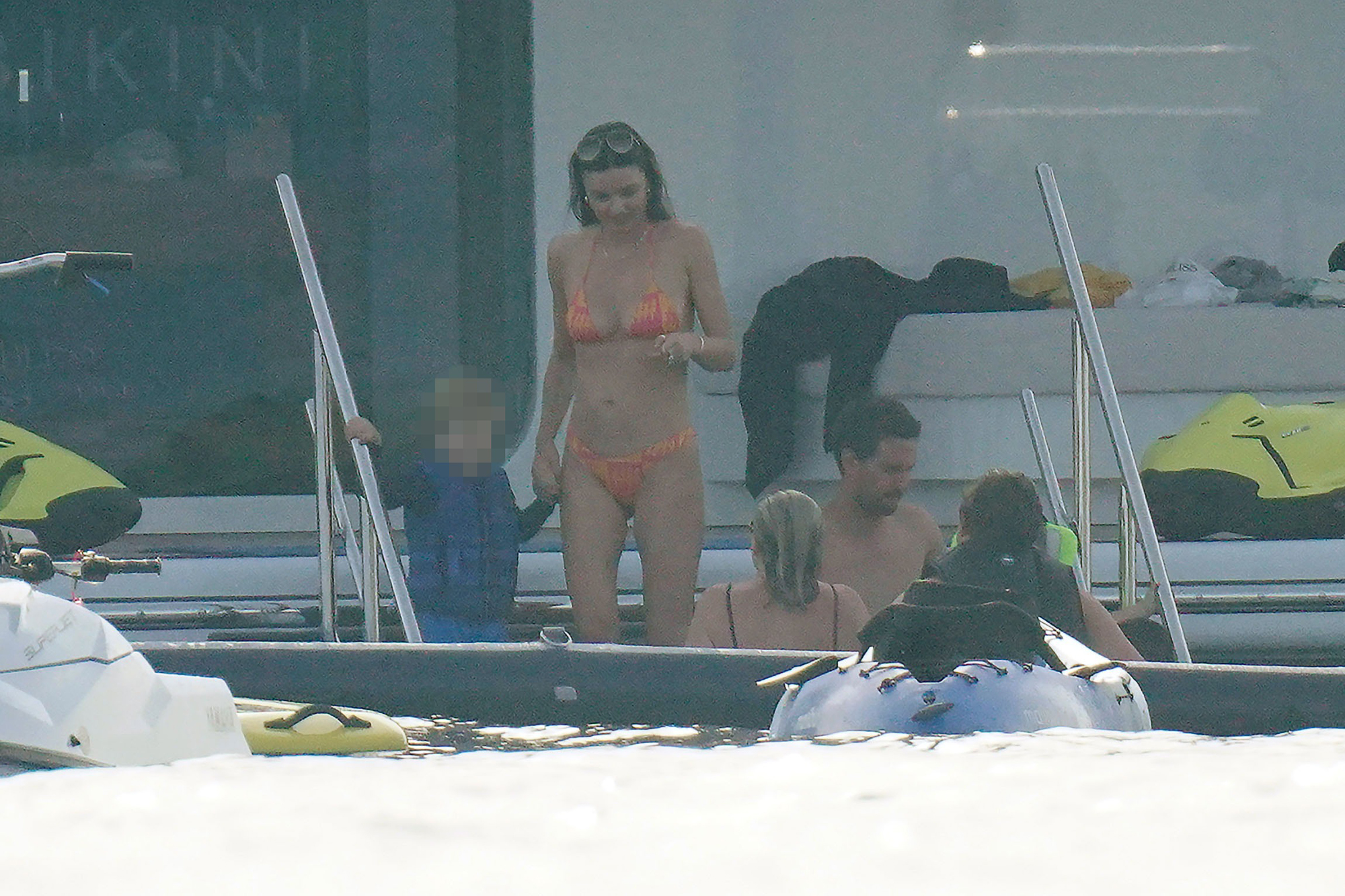 Kerr, 38, sizzled in an orange bikini on deck while embracing Spiegel, 31, from behind. The couple, who have been married since 2017, also entertained guests who swam in the sea water near the ship. 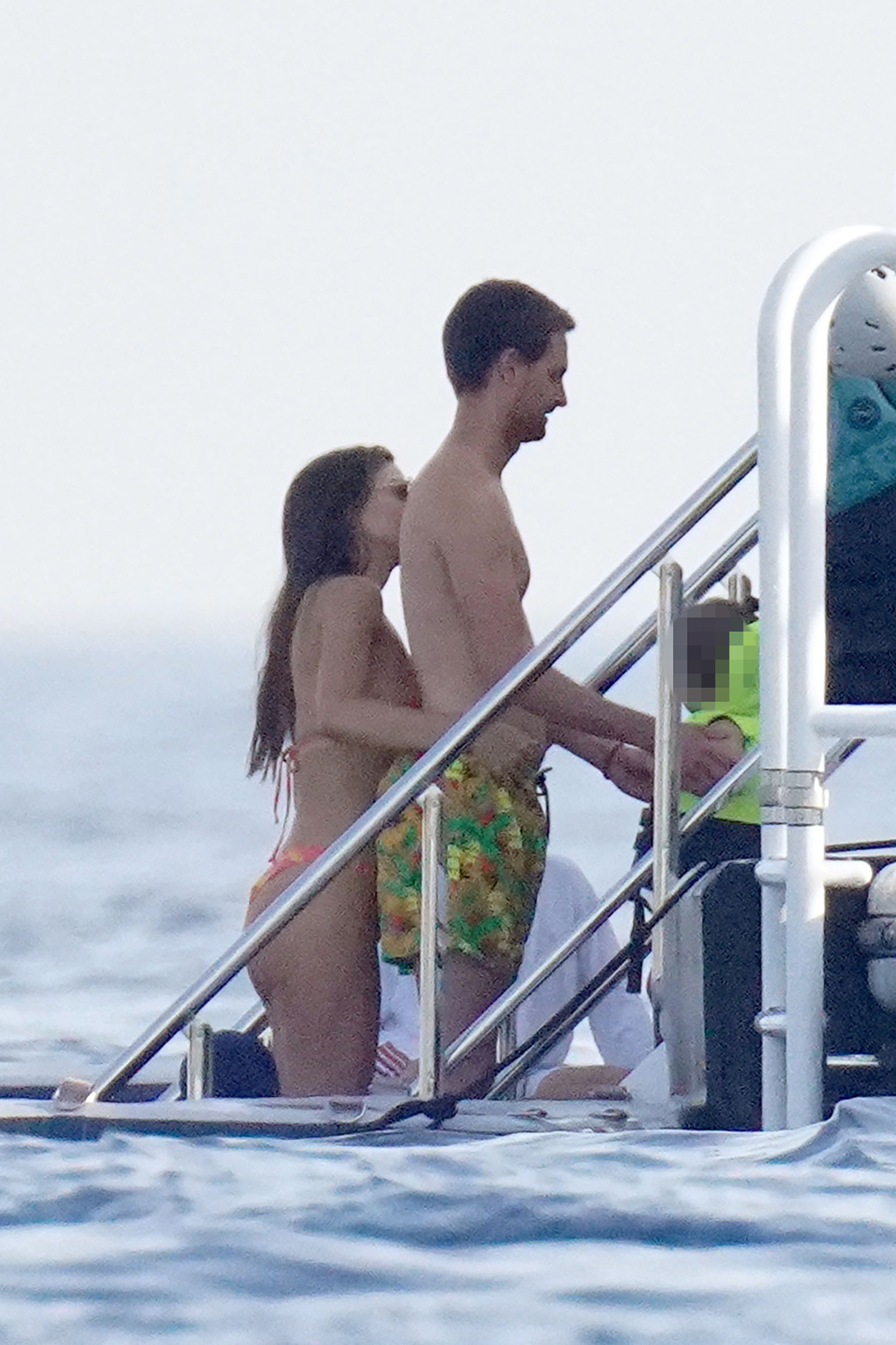 Kerr and Spiegel’s luxury ride — a hybrid eco yacht — took three years to build and is powered by a diesel-electric propulsion system. It also comes complete with nine guest rooms, three pools and a spa. 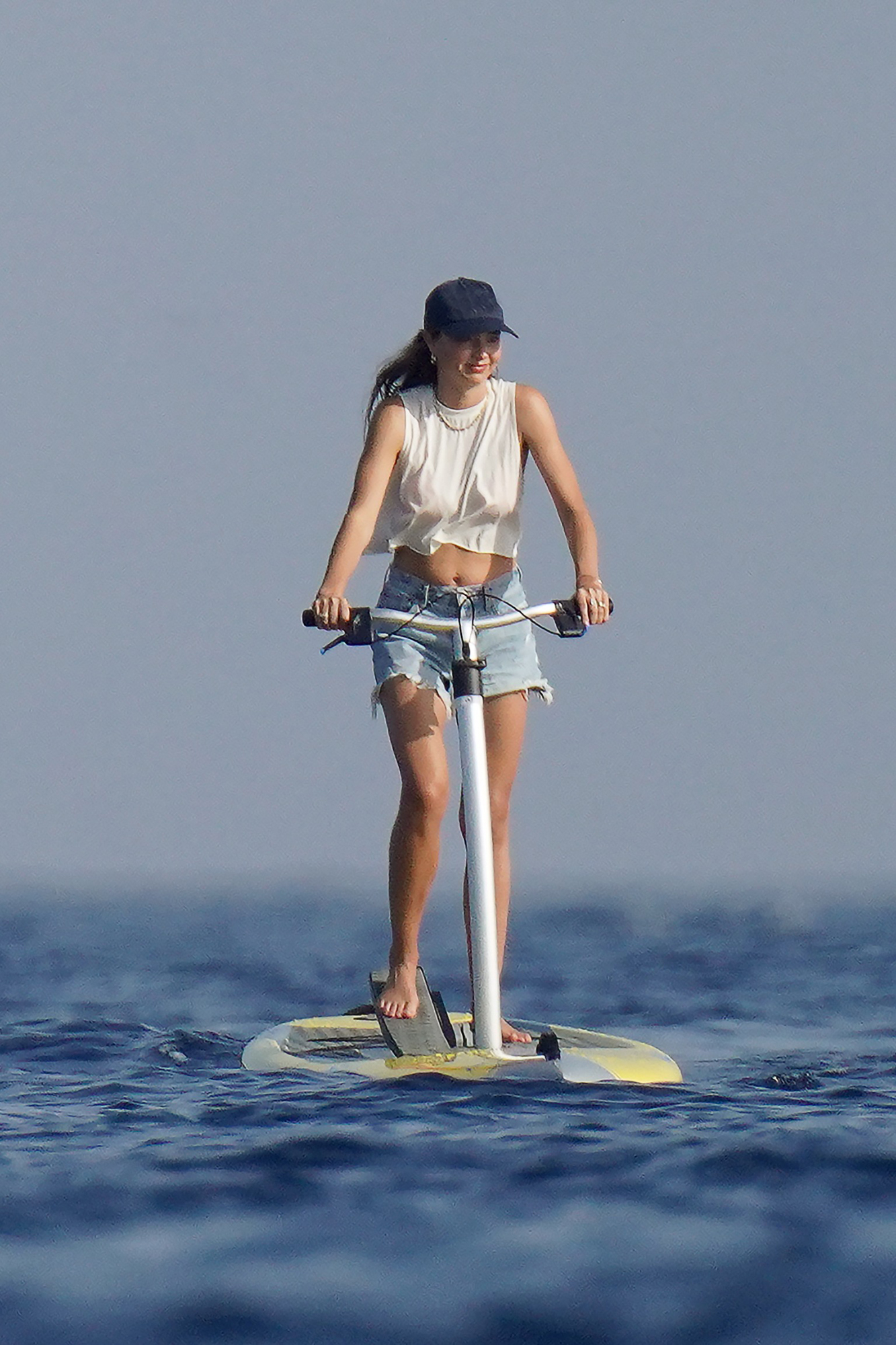 The billionaire boat comes complete with activities like jet skis, paddleboards and more.

Photos show Spiegel wearing safety gear while tearing through waves on a jet ski. In another photo, Kerr is paddle boarding through the water while fully dressed. 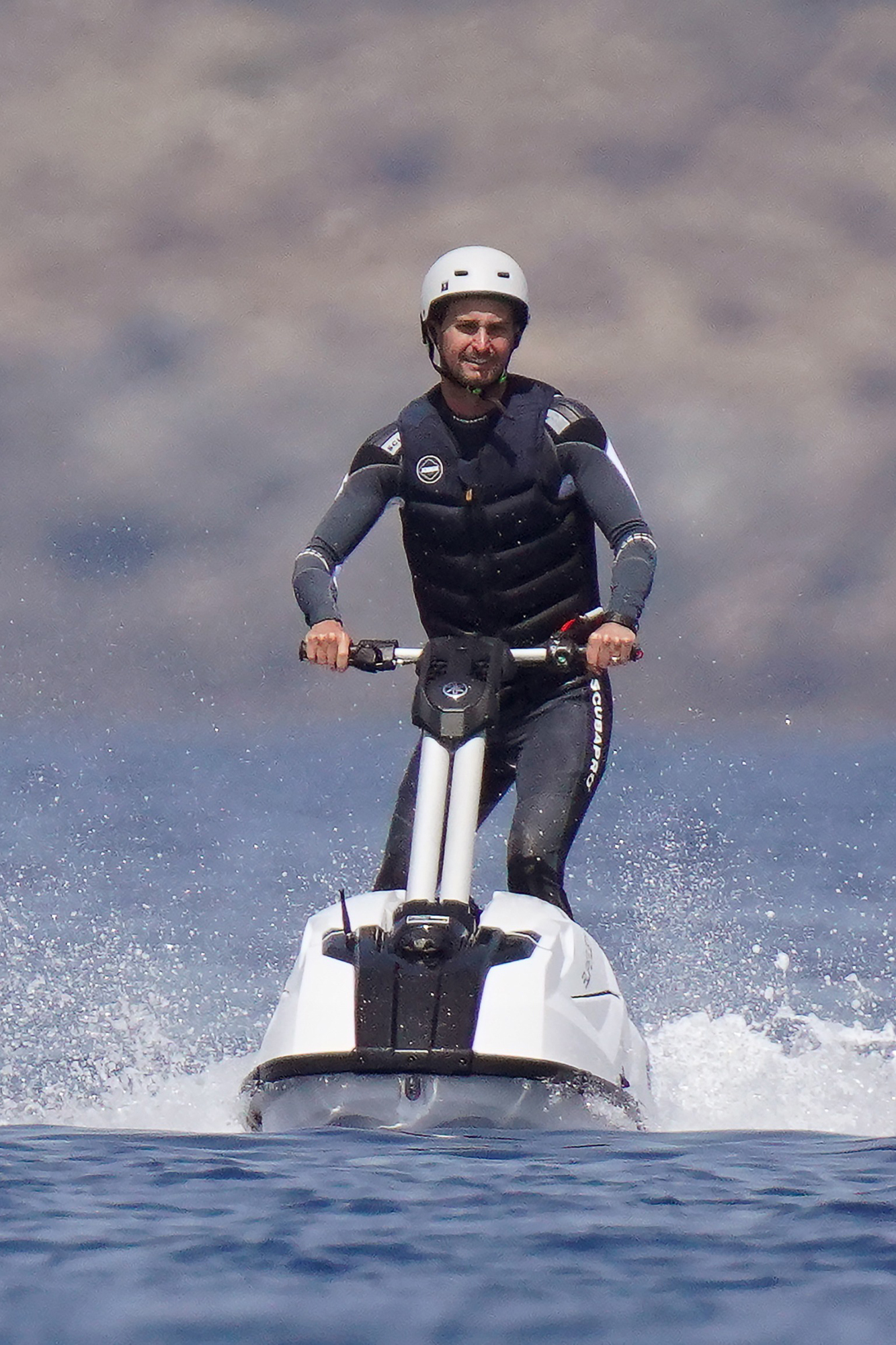 On Friday, the whole family hopped in one of the yacht’s tenders so they could visit Porquerolles Island on the Côte d’Azur. Once there, Spiegel took pictures of Kerr and the children as they explored a beautiful beach together. 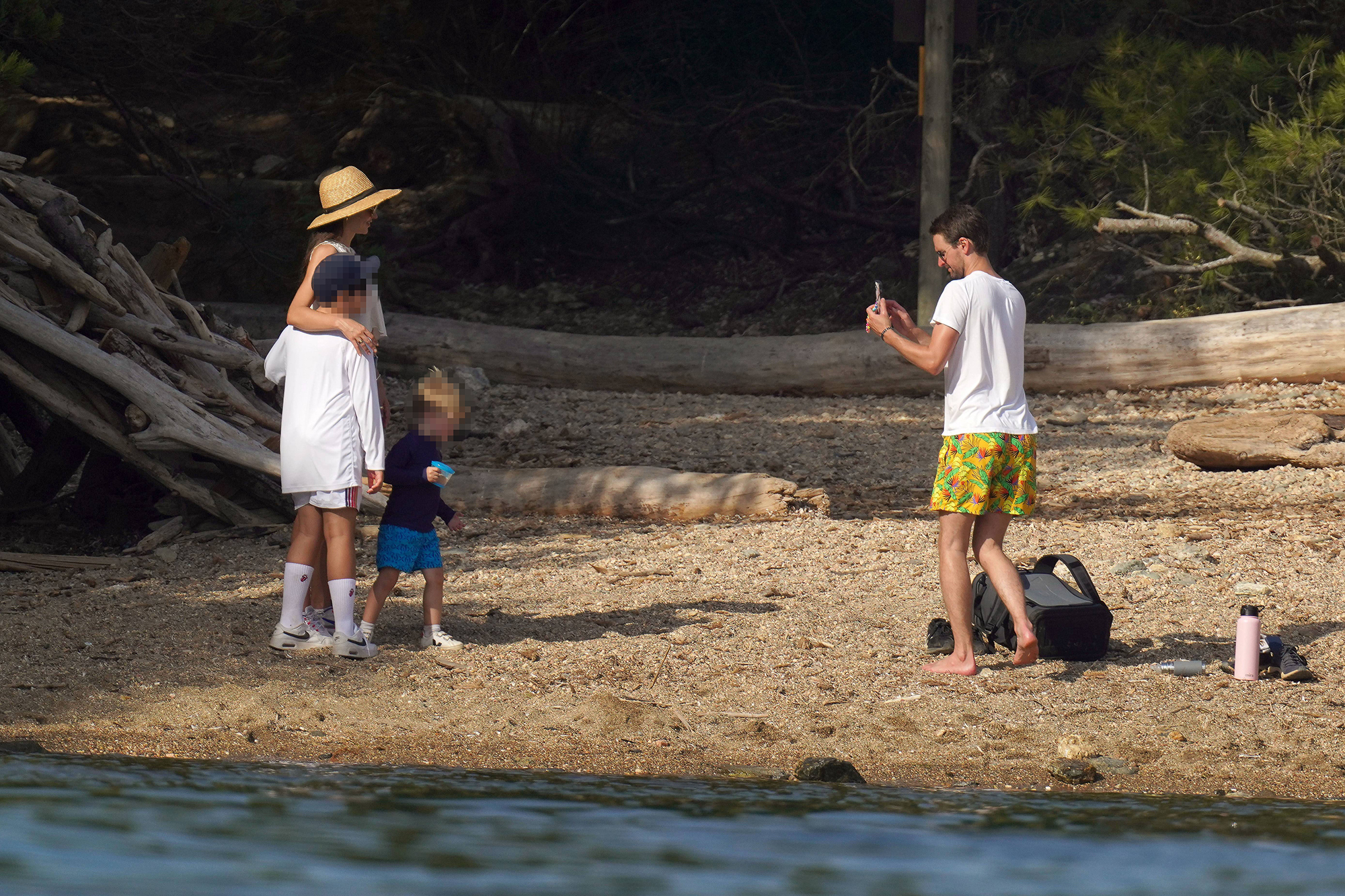 Joining the supermodel and the Snapchat co-founder on their maiden voyage are fellow model Joan Smalls and her boyfriend Henry Junior Chalhoub. 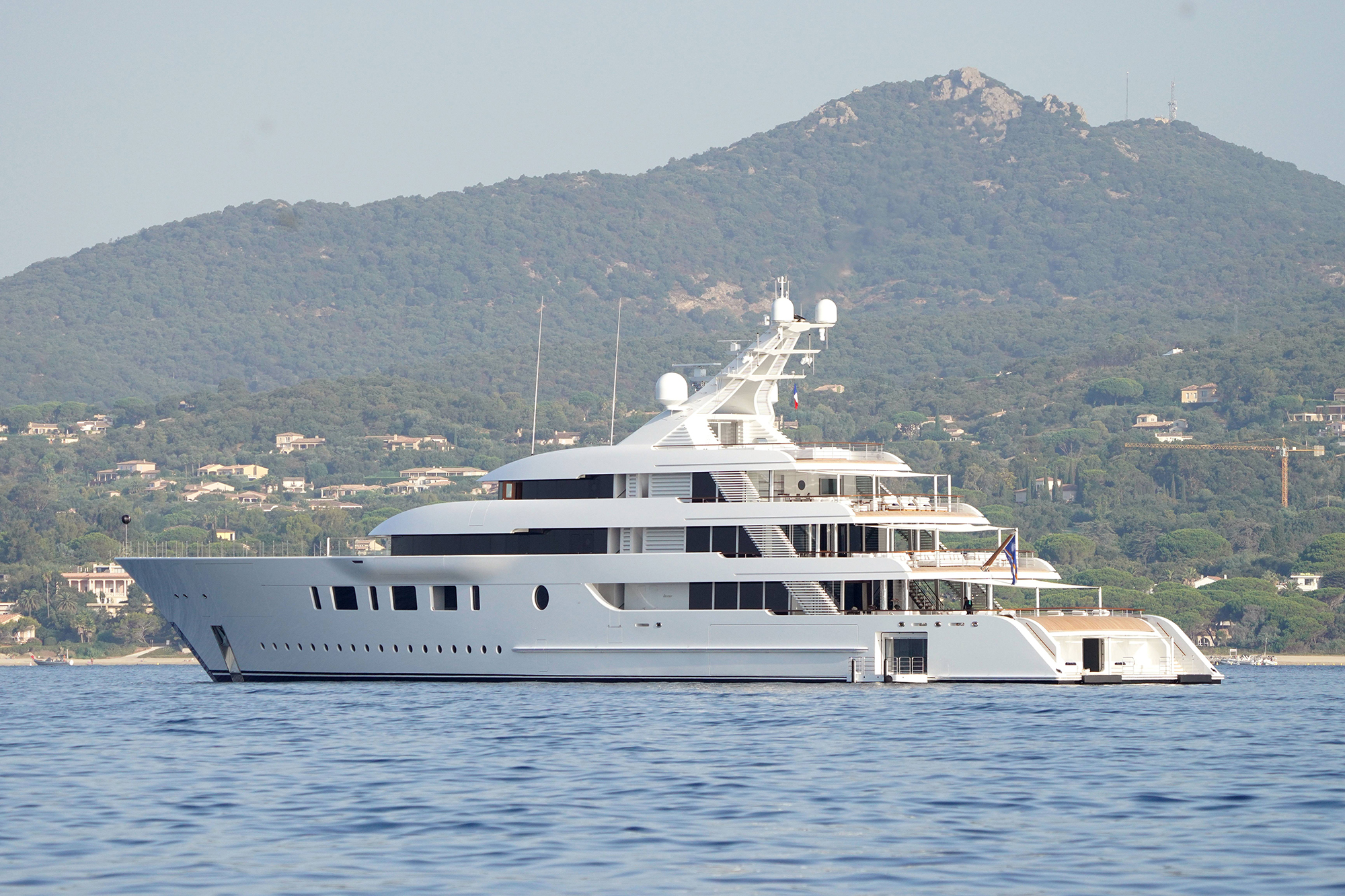