The legendary heavy metal band took to Instagram on Tuesday to praise the hit Netflix series for incorporating their classic hit into the gut-wrenching finale.

They also gave a special shout-out to actor Joseph Quinn, who portrayed the “Hellfire Club” leader and absolutely shredded on the guitar.

“The way The Duffer Brothers have incorporated music into ‘Stranger Things’ has always been next level, so we were beyond psyched for them to not only include ‘Master of Puppets’ in the show, but to have such a pivotal scene built around it,” their statement began, referencing show creators Matt and Ross Duffer.

“We were all stoked to see the final result and when we did we were totally blown away… it’s so extremely well done, so much so, that some folks were able to guess the song just by seeing a few seconds of Joseph Quinn’s hands in the trailer!! How crazy cool is that?” 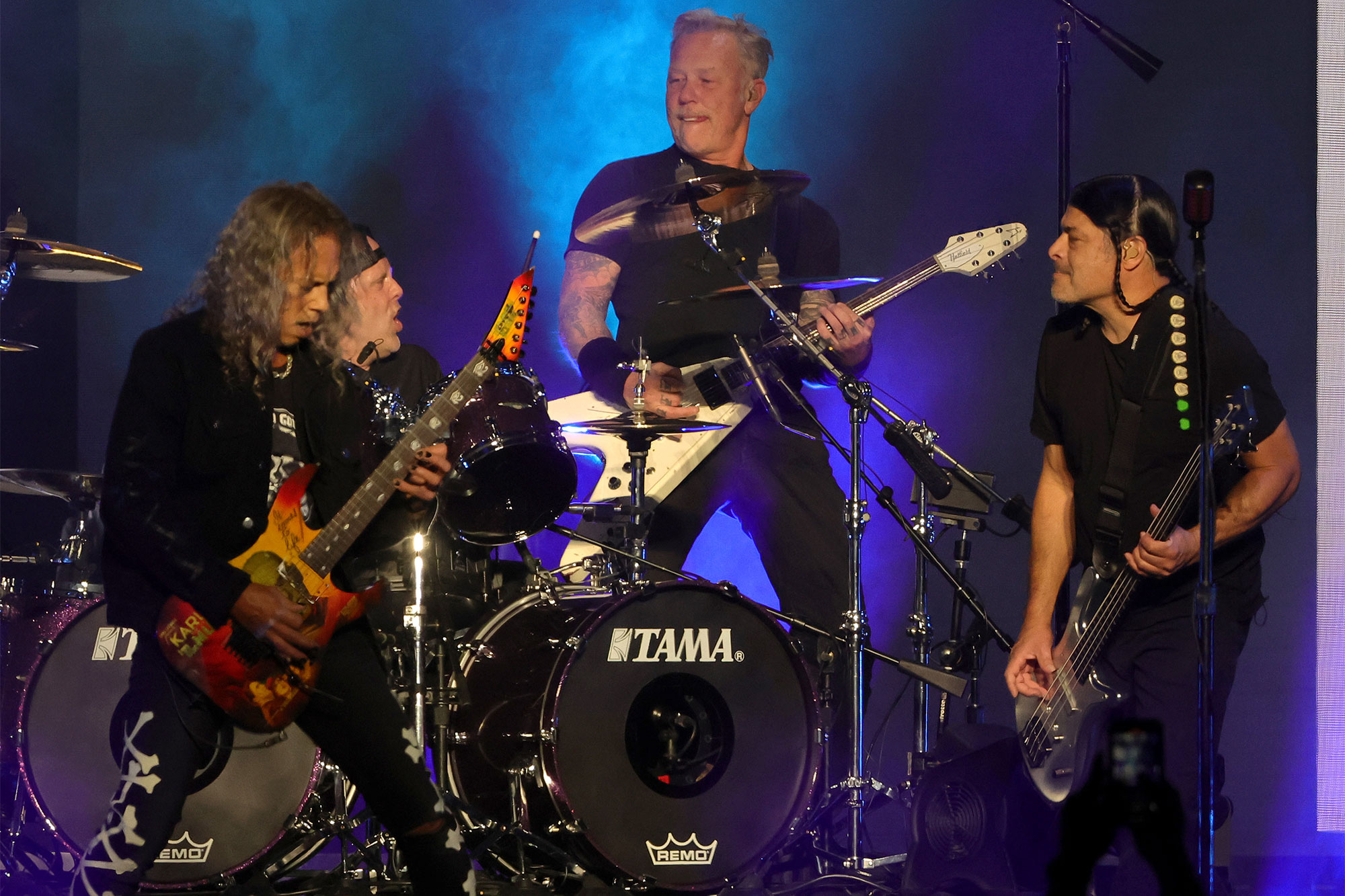 The James Hetfield-fronted band concluded their post by saying it’s been “an incredible honor” to be “such a big part” of Eddie’s journey.

“MOST. METAL. EVER. 🤘♥️,” the official Instagram account for “Stranger Things” replied in the comments section, with “Game of Thrones” actor Jason Momoa adding, “amazing ❤️.”

Meanwhile, fans chimed in to call it the “best scene of the entire series, no debate,” and “the most metal concert in the history of the world!!”

“Master of Puppets” was originally released in 1986 and featured on Metallica’s album of the same name. The 8-minute-and-38-second-long song has impressively topped the global charts once again after it was used in the ’80s-centric series.

The guitar-heavy track was featured in a scene where Munson (Quinn) teamed up with Dustin Henderson (Gaten Matarazzo) and used music as a way to distract the demobats and evil Vecna (Jamie Campbell Bower) in the Upside Down. 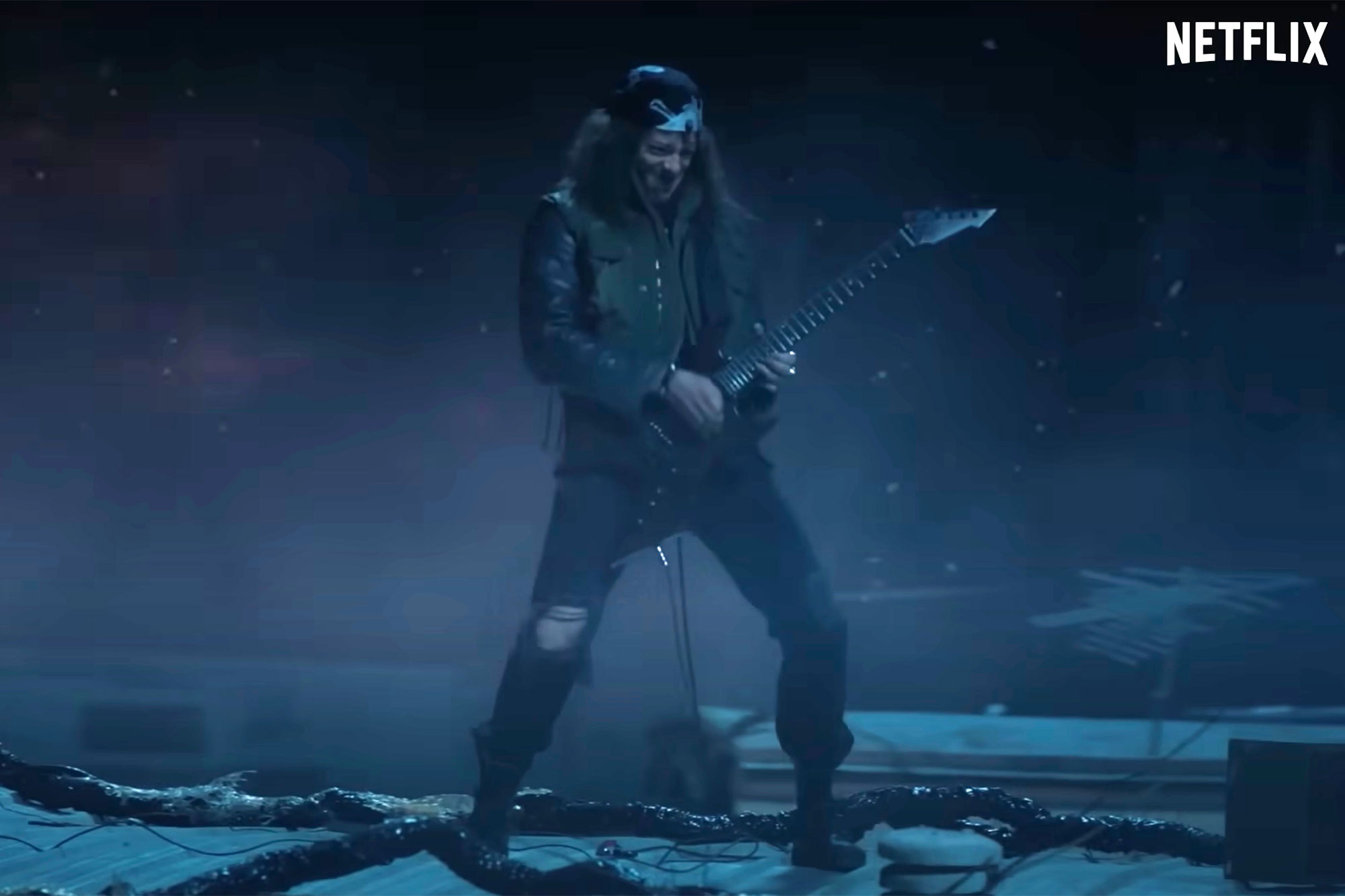 “It was another one of those ‘it has to be this song,’ moments,” the show’s music supervisor, Nora Felder, told Variety, noting that Metallica signed off on the pitch.

“This part of the story was anticipated to be a pivotal and especially hair-raising scene in which Eddie heroically stood tall for the fight of his life.” 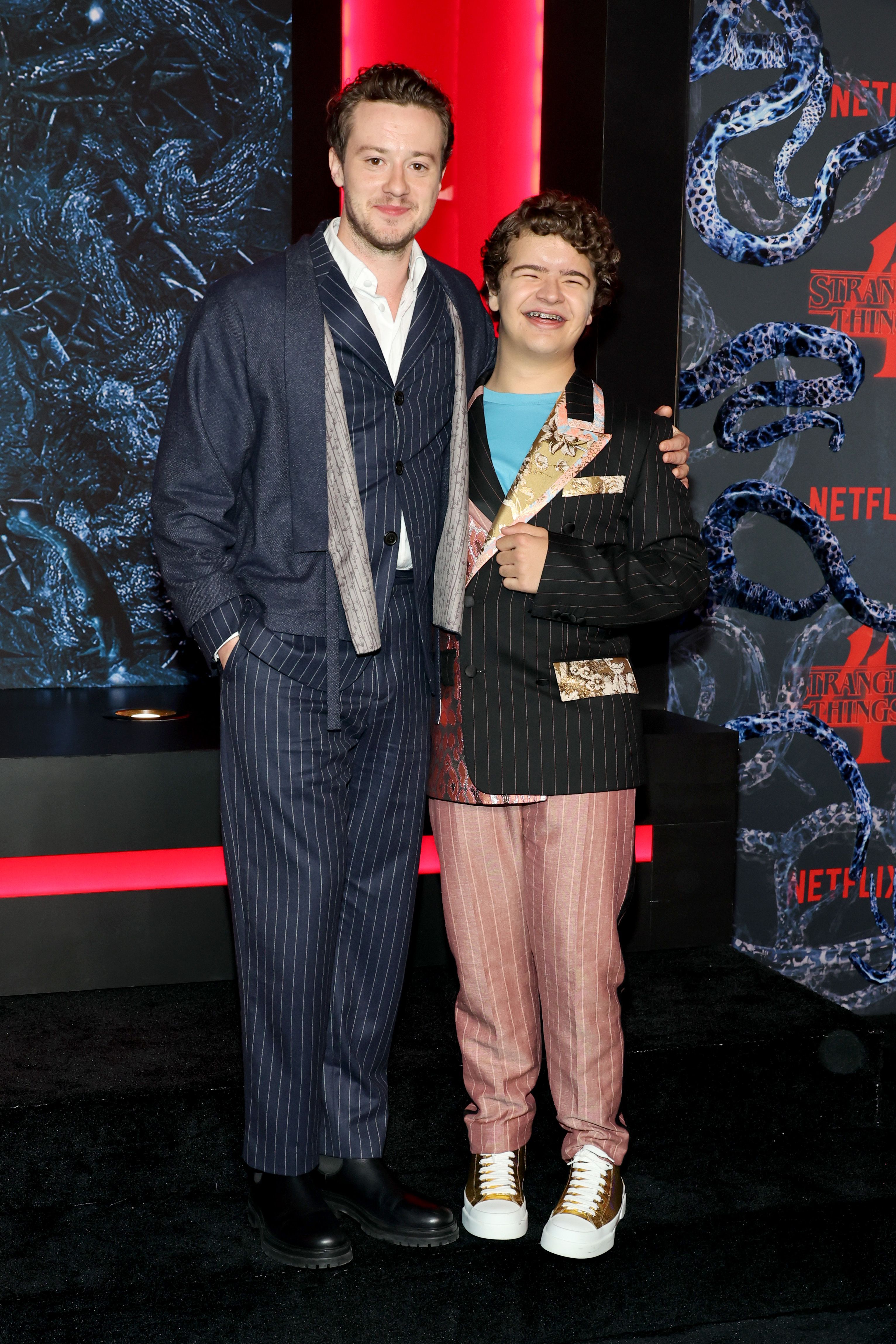 Felder added, “I believe the Duffer Brothers felt that playing ‘Master of Puppets’ throughout the extended scene was the clear choice. No other song was discussed further, and we jumped in to clear it straight away.”

“**Spoiler Alert** That’s my boy! Proud of ya Tye,” Robert wrote on July 2. “Stranger Things finale shredding it on ‘Master of Puppets’ and big thanks to @kirkhammett on helping!”