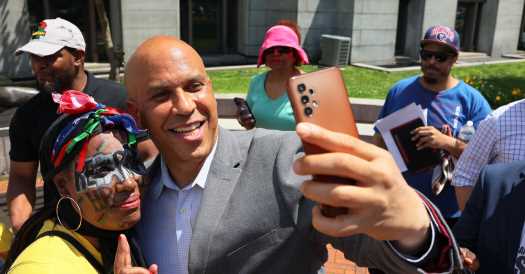 On the morning before the Fourth of July, Senator Cory Booker, Democrat of New Jersey, sent a mass email with the subject line “Sugar Free Summer.” It detailed the harms of processed sugar, including the taxes that fund it through subsidies, its health risks and the attendant health care bills.

Mr. Booker implored recipients of the email to join him in forgoing added sugar until after Labor Day. “​​Change starts with us,” read the text over a button that recipients can click to “Join Cory”: “Join me in this challenge. Take on this life experiment.”

Mr. Booker has been an outspoken advocate for nutritional health. He is a vegan, a choice he attributes partly to the environmental impact of animal agriculture, and he was a sponsor of a bipartisan bill with Senator Mike Braun of Indiana, and Representative James McGovern of Massachusetts and Representative Jackie Walorski of Indiana that led to securing funding for a White House conference that will take place this fall and work to, according to Mr. Booker’s website, “ensure that all Americans have access to affordable, healthy and nutritious foods.”

But the July 3 message was a new tack in Mr. Booker’s push for national nourishment. “I am challenged to see how his body will function and even improve,” he wrote of what he considers “both a personal experiment and a public effort.” (What seemed to be an occasional lapse into third person was a transposition error from the original news release, according to Mr. Booker’s communications director, Jeff Giertz.) Mr. Booker laid out a short-term regimen, designed to last for two months.

It was not the first time he had recruited the nation to be his accountability partners in physical self-improvement. “Let’s face it, as an overweight vegetarian experimenting with veganism I can say that we ALL need to work on being healthier,” Mr. Booker tweeted in 2014.

Reached via email on July 4, Mr. Giertz said: “He also believes this will be humbling for him. Going without sugar for a guy who admittedly eats a lot of it and allowing himself to be a bit vulnerable in the process will be difficult and perhaps a little embarrassing at times. He’s hoping it will help him learn, be even more open to input from others and, he believes, expand his own understanding and empathy.”

In the email, Mr. Booker explained that naturally occurring sugars are acceptable to ingest during the challenge, in addition to alcohol and artificial sweetener. But, he wrote, he himself would be “hard-core,” giving up his “beloved” Stevia in his tea.

Mr. Giertz said that the challenge “is intended to be an accessible and thought-provoking experiment aimed at highlighting and better understanding the prevalence of added sugar in our food, not a definitive dietary guide.”

Mr. Giertz acknowledged that “alcohol is sugar,” but noted that asking people to eliminate all alcohol “feels like asking them to do something else entirely.”

By the time the email arrived on Sunday morning, many Americans had already completed shopping for Fourth of July celebrations that would include hot dogs, buns and ketchup. These products frequently contain corn syrup and other added sugars, which Mr. Booker wrote is the cause of “inflammatory adverse health-impacting effects.”

Evoking the famous pledge “diet starts Monday,” Mr. Booker reassured people they could start the cleanse “the end of the day July 4th,” which for him would be “after a vegan barbecue and some apple pie,” Mr. Giertz said.

“The specific contours of the challenge were chosen to keep it attainable to people, keep it relatively straightforward, and keep it focused on added sugars,” Mr. Giertz added. “It’s a ‘summer’ challenge, so bracketing it with July 4 and Labor Day — widely observed ‘summer’ holidays — seemed fitting without being excessively long.”

Other political figures have worked to improve American nutrition. As first lady, Michelle Obama started the Let’s Move! campaign in 2010 with the goal of lowering childhood obesity to 5 percent by 2030. In addition to promoting physical activity, the plan involved improving the quality of food in schools and encouraging families to grow produce, modeled by Mrs. Obama’s White House Kitchen Garden.

Though a 2020 study found that students whose schools participated in the National School Lunch Program backed by Mrs. Obama had better dietary quality than those whose schools did not, the Centers for Disease Control and Prevention reported that by 2020, the percentage of obese children and adolescents was still well above the target, at 19.7 percent.

In 2012, Mayor Michael Bloomberg of New York announced a partial ban of sweetened beverages larger than 16 ounces, which was struck down by the State Supreme Court in 2013, one day before it would have gone into effect. Justice Milton A. Tingling ruled that the plan was “arbitrary and capricious.”

Mr. Booker’s invitation to a sugar-free summer sidestepped legislative intervention in favor of personal responsibility. Though he explained that processed sugars are “substances that receive so much of our tax dollars through government subsidies,” Mr. Booker did not mention any proposed bills that would end tax breaks for companies that add sugar to food products.

While Mr. Giertz did not respond to a question about whether the subsidies Mr. Booker referred to financed the farming of corn, the titular ingredient in corn syrup, he said that Mr. Booker “will be looking to pursue reforms in the upcoming Farm Bill debate next year.”

According to Mr. Giertz, as of July 4, 3,500 people had signed up for the challenge from Mr. Booker, whose email sign-off was “energized and ready to be Sugar-free.” 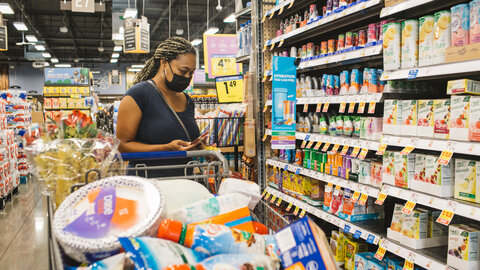 If you’re like most Americans, you consume more sugar than is good for you. But it’s entirely possible to eat less sugar without sacrificing much — if any — of the pleasures of eating.

Food makers sneak sugar into more foods than you may realize. Sugar is in many brands of chicken stock, soup, salami, smoked salmon, tortillas and crackers.

If you take a little time to look at labels — either at the grocery store or online — you can quickly learn which staples have added sugar and which don’t. Compare brands once, and then it’s easy to make the no-sugar items your default.

Eat low-sugar grains: Processed grains often are packed with sugar, but you can find some foods — like original Cheerios or oatmeal — that have less sugar.

Or skip the grains: Eat eggs, yogurt or vegetables in the morning instead.

Limit the juice: Keep your juice portions to no more than six ounces, and have only one per day.

Snacks can all too easily turn into yet another dessert. Many granola bars and energy bars are packed with added sugars. The same goes for canned and dried fruits. Try one of these instead:

Get more health and nutrition tips from Well: 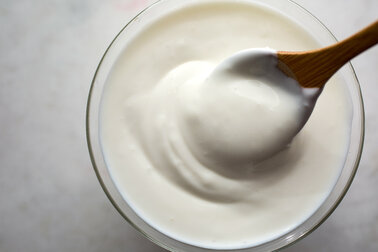 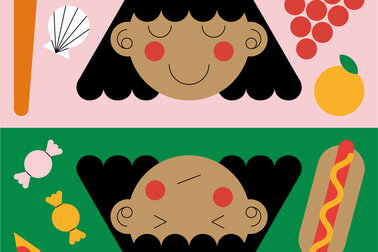