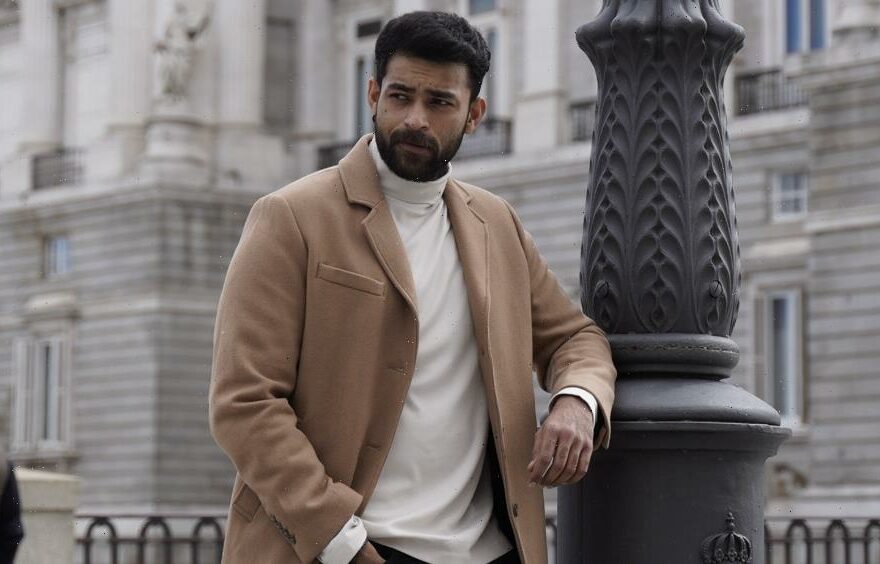 In a short 11-film career Indian actor Varun Tej has already made an impact and is set to soar with his next two projects.

Tej headlines the cast of an as-yet-untitled project set in the world of the Indian Air Force, backed by Sony Pictures International Productions and Renaissance Pictures, that will take off in two months time. Seasoned commercials maker and cinematographer Shakti Pratap Singh Hada makes his directorial debut with the film, which will be Tej’s 13th.

“It based on some true events that happened between Pakistan and India. And though there have been a lot of war films, this is a story which I wanted to tell the audience and just try to show what it takes to be sitting in a fighter flight. We are really looking forward to it,” Tej told Variety. “We’re talking to a few Air Force pilots, trying to understand their psyche.”

The film, currently identified as “VT13,” denoting the star’s 13th film, will be his first bilingual, in the Hindi and Telugu languages, and he is learning Hindi for the part. One of the defining trends of 2022 was Hindi-dubbed versions of films made in Southern Indian languages proving to be box office hits across India, including “RRR,” “K.G.F: Chapter 2” and “Kantara.”

“I personally feel that content should be quite universal. I was surprised by the success of ‘Kantara,’ which was supposed to be really rooted and I was surprised how it was received well all over,” Tej said. “Then I was thinking that it all depends on how the emotion is carried out in a film. It doesn’t matter who the actors are. It doesn’t matter what the background is or anything. It just needs to resonate with people. That’s what happened with ‘Pushpa’ or ‘Kantara’ or ‘RRR’. I feel that ‘VT13’ has good universal content and good emotion for people to connect with across the country.”

Tej also leads the cast of “VT12,” directed by Praveen Sattaru (“PSV Garuda Vega”). The film shot extensively in London in fall 2022 and will return in two to three weeks time to complete some action sequences.

“I play a bodyguard to a diplomat in the film. The whole point of the film is we’re trying to show how the third world countries are dumping yards for waste around the world and how they are suffering because of it. And it’s about a guy who’s trying to get that out to the public, to the media and how another guy helps him succeed,” Tej said. “It’s a complete action film, it’s like ‘Olympus Has Fallen.’ I play a savior in the film, trying to get things from A to B.”

In his brief career so far, Tej has already worked in a gamut of genres, ranging from love stories to science fiction to comedies. His debut as a lead was in 2014 drama “Mukunda” and his breakthrough role was 2015 WWII-set war epic “Kanche.” 2017 romcom “Fidaa” was a massive hit, 2018 scifi “Antariksham 9000 KMPH” pushed boundaries and he is also a part of the successful Fun and Frustration comedy franchise.

Tej is a scion of the Telugu-language film industry’s illustrious Allu-Konidela family. His father is actor-producer Nagendra Babu and his uncles are actors Chiranjeevi and Pawan Kalyan. His sister Niharika is an actor as are cousins including “RRR” star Ram Charan, “Pushpa: The Rise” lead Allu Arjun, and Allu Sirish, Sai Tej and Panja Vaisshnav Tej.

“There is a little sense of pressure in terms of not messing with the name that the family built, with the empire that they built. But personally, when it comes to cinema, they never pushed or rubbed anything on us, they always told us to figure out our journey by ourselves,” Tej said.

“When it comes to cinema, work-wise there’s zero pressure. I mean, I had a little bit of pressure, because I wanted to make them happy, make them proud. That’s probably pressure any kid would have. And honestly speaking, they never let that pressure get to us,” Tej added. “There was a little bit of pressure for me to dance in my first few films, which I’m not very comfortable with – because all my family are really good dancers.”

When asked to comment on the dire 2022 that Hindi-language films had at the box office, Tej chose instead to focus on his own previous release, Telugu-language sports drama “Ghani,” where he played a boxer, which failed at the box office.

“I was trying to figure out what went wrong with my previous film, which I was super confident in my head about. Our audience, people all over India, they are exposed to world cinema. And that’s what I figured out. We need to up our game right now. We just cannot give mediocre content and expect people to watch it because we’re competing not just with our states in our country, but we’re competing with world cinema right now – you suddenly see a Spanish show that is working very well in remote villages in Andhra Pradesh, Telangana. We need to tighten up and write good content, we just can’t take the audience for granted,” Tej said.

“I’m talking about all of this from my experience of my previous film, which really went kaput,” Tej said, adding that the team decided to simplify parts of the film to make the audience easily understand it.

“People are smart, they’re not dumb. You don’t have to spoon feed them, but just excite them and just make sure they come to the theaters and watch it and give them that larger than life experience,” Tej added.