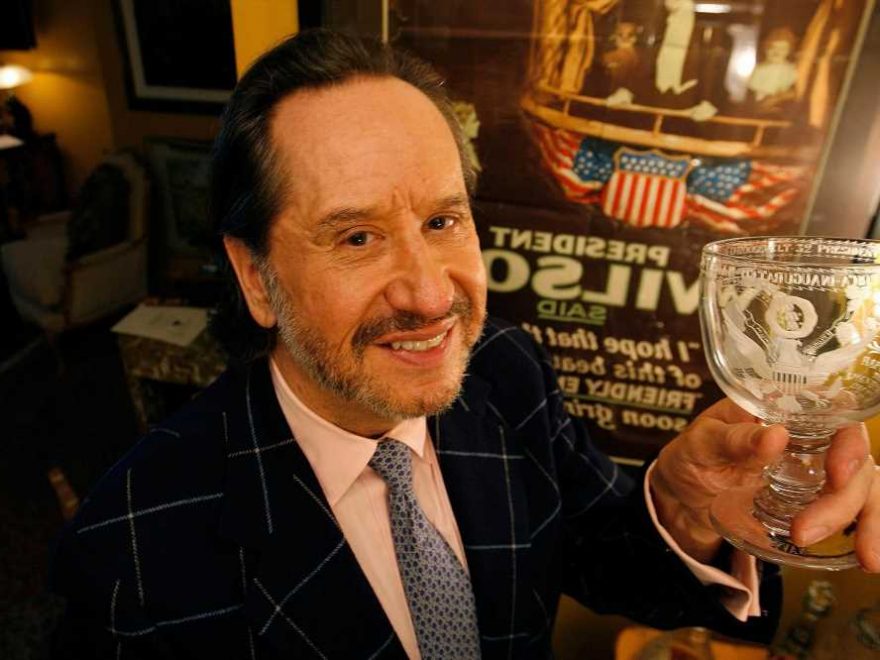 Cindy Adams: In memory of my dear mom

Cindy Adams: We all have to keep laughing

Last week, I reprised my annual Mother’s Day heartbreak about the person I loved more than any and whom Alzheimer’s took from me. It generated a bushel of replies.

One was from a p.r. type. In olden days he’d been like crabgrass — everywhere. People he barely knew, well knew, almost knew, said he knew. Once, he took Gary Cooper’s daughter to meet Claudette Colbert, next took Patricia Neal to an Elizabeth Taylor event.

Barry Landau was a mixer. 1993 he organized a VIP train to Bill Clinton’s inaugural. Personally invited friends to Dubya Bush’s inauguration. Labeled “presidential historian,” he did talk shows during Reagan’s funeral. Always wanted souvenirs if you had a White House visit.

I knew him. Needing money, he sold me his mother’s emerald earrings for $3,500. Writing a column you meet highs and lows. Big stars. Lowlifes. An end product is Get the Story. Living three blocks away, he once came over and, without asking, opened my fridge to help himself.

Then — arrested for stealing presidential memorabilia, he did seven years in jail. We’ve not spoken in 10 years. Now released, living in another state, he had an old number and, because of my Mother’s Day column, called. To cry. To say he loved his mom and how he misses her.

I plan no future chats. But, with all our documentaries and with all the new movies reliving old tales, I’m just telling filmmakers — there’s a story Out There.

And whoever plays his mother I’ll let wear my emerald earrings.

Leaves it to Adams

After a bidding war, Amy Adams and Jake Gyllenhaal won the rights to a new memoir, “Finding the Mother Tree.” It’s about a scientist who first discovered that trees communicate. Communicate? Like how a chatty oak speaks to a maple and asks, “So, like, Thursday, you’re branching out and coming over for an acorn, right?” The underground — and who knew there was an arbor underground — anyway, maybe through some inexplicable complex web of fungi these scientists have scientifically confirmed these findings and now say, “This will change the way you look at trees.” OK, fine. The real tree-t is this scientist. Adams plays her.

The Kentucky Derby race is considered the most exciting two minutes in sports. The New York race for mayor is the dullest two months in politics. First out of the starting gate is city comptroller and former assemblyman Scott Stringer, whom accusations are trying to sideline. Andrew Yang’s early lead is slowing since he also wanted to be president, and now wants to be mayor and just basically wants to be something. Neck and neck in the horserace is Brooklyn BP, former state senator, former NYPD’s Eric Adams. Now, around the turn comes Kathryn Garcia, our ex sanitation commish. At her name, recognition handicappers sniff.

“New York Will Eat You Alive,” a for sure must-see thing, is a new film about a group of friends’ efforts to save the world from a zombie-filled New York City. Excluding the mayoral possibilities, it’s based on a digital comic book — or, maybe, a chatty spruce. And it’s possibly lining up to be our next Oscar winner. And it’s set to star Colin Firth and Chinese-American rapper Victor Ma. A quote from the handsome Mr. Firth, who, once asked if he found himself attractive, replied: “I don’t recall ever looking in the mirror and having a fully-fledged erotic experience.”

Pre-pandemic, the 57th Street crosstown bus was jampacked. One lady had difficulty fishing her money from her purse. Scrunched alongside her, a man volunteered. “May I pay your fare?” She said, “Oh, no, I couldn’t let you do that. You’re a total stranger.” Replied the man, “Not really. You unzipped me three times.”