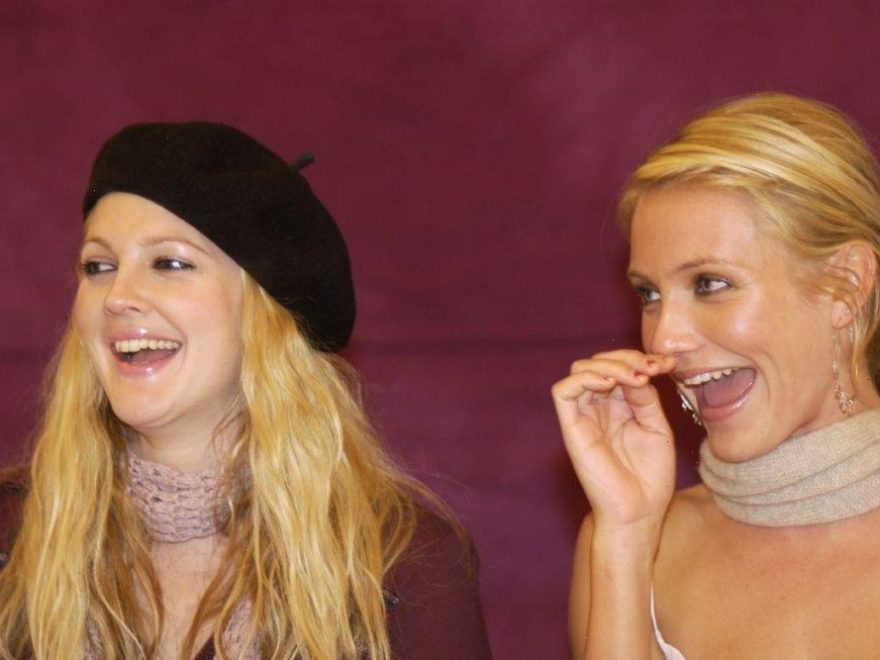 Some friendships are so pure that they withstand the test of time. Celebrity friendships can be hard to maintain as schedule conflicts are a common occurrence. But despite their busy schedules, Hollywood starlets Drew Barrymore and Cameron Diaz have been able to remain close friends for years. In fact, Diaz is the only person that Barrymore will allow to sleep in her bed.

Though the two have worked together on films, they actually met when Barrymore was working at a coffee shop in Beverly Hills when she was 14. Diaz was 16 and modeling at the time.

“You know, she was actually 16 and I was 14 when we became friends,” Barrymore said in a 2013 interview with Katie Couric. “I served her coffee and we had mutual friends and we just knew each other from around town.”

But their friendship didn’t really blossom until 2000 when Barrymore asked Diaz to join the Charlie’s Angels reboot.

“I called her up and I was like ‘Look, I have this amazing idea. I know exactly how I want to do it. It’s Charlie’s Angels,” she said. “I said ‘come play with me’ and she said ‘yes!’”

Diaz was one of the special guests on Barrymore’s birthday episode of The Drew Barrymore Show. During the show, Barrymore explained that she and Diaz call one another “poo poo.”

“It started out as classic boy humor, and it just evolved into a true term of endearment. And then it just stuck…we love it…it will never change,” Barrymore said.

Barrymore famously likes sleeping alone. But after a bad breakup led to Diaz sleeping on Barrymore’s floor holding the actress’ hand, an exception was made.

“I don’t like co-sleeping with anyone; it’s a thing,” Barrymore said. “I don’t know why, but it’s my thing. If it’s, like, a lover, then obviously that’s different, but no friends. I will sleep in a bathtub, I’ve slept on a pool table — like, you name it — but this one…oh my gosh. We’ve lived together for periods of time, been roommates. I’ve slept in a tent while my fever was breaking on a Chilean mountain in a thunderstorm in, like, Patagonia. I mean, yeah, we’ve been everywhere together.”

Do Cameron Diaz and Drew Barrymore still hang out?

Though the two are very busy, Barrymore with her movies and show, and Diaz with her kids, Barrymore and Diaz always make time for each other.

“We have spent so many birthdays together. Usually we get to actually be together. … We are not big gift givers, we’re more about experience, so we always try to go someplace and do something with the girls and be together. Cook, eat, hang, and stay up all night and just have the best time,” Diaz said.

Diaz also got emotional when talking about how much she loved Barrymore.

Diaz wasn’t the only one who had those feelings.