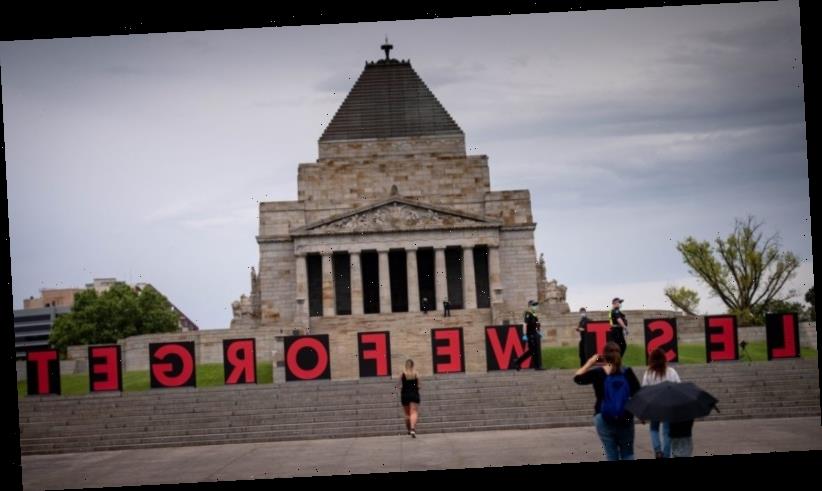 Victorians hoping to attend this year’s Anzac Day dawn service at the Shrine of Remembrance and the CBD parade must apply online and will be approved on a “first-come, first-served basis”.

Veterans Minister Shaun Leane said Victoria’s Chief Health Officer, Brett Sutton, had given the green light for 1400 people to honour Australia’s service men and women at the Shrine’s dawn service, and 5500 people to attend the traditional march through the city. 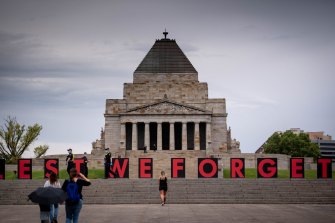 Crowds will once again be allowed to attend a dawn service at the Shrine of Remembrance this Anzac Day.Credit:Eddie Jim

But Victorians must apply for permission at the Shrine of Remembrance website to attend both events. RSL Victoria chief executive Jamie Twidale said applications would open next month and would be approved on a “first-come, first-served” basis.

And after a year of living, shopping and exercising close to home, Victorians are also being urged to pay tribute to the nation’s armed services at local events to commemorate the “sacred” day.

“The priority during this global pandemic has been Victorians’ health and safety, and any event, including this event, we have to take that into account,” Mr Leane said.

“And I just want to once again congratulate the RSL. Their position has been, and always will be, the safety of their members, particularly the health of some of their older veterans.”

Mr Twidale said RSL Victoria was working with branches across the state to help them fill out application forms to host COVID-safe events. The dawn service will be livestreamed on the Shrine website and RSL Victoria Facebook page.

“Last year Anzac Day was in essence ‘light up the dawn’, the amount of people that stood in their driveways, on their balconies, at the end of their rural properties was simply staggering,” Mr Twidale said.

“And we’re really delighted that will be a feature of this year, and what’s really important this year is you’ll be able to go to a commemorative event all the way across Victoria.”

Mr Leane came under fire last week for comments he made that accused Coalition MPs of faking respect for diggers and using Anzac Day to “pose for selfies” with solemn faces.

He apologised at 7pm on Friday for comments he made in Parliament two days prior.

Mr Leane did not repeat his apology at his press conference on Wednesday morning, but said he had withdrawn his statement in the chamber and issued a written apology last week.

“My comments were directed to a handful of MPs in the chamber who have said some very awful things to me as well, a number of times,” Mr Leane said.

“And that’s the way sometimes passions overflow. And I’m passionate about every day when it comes to veterans.”

The state opposition had called for Mr Leane’s resignation after he made the comments on Wednesday in response to opposition questions about whether the government was providing certainty to RSLs about hosting Anzac Day marches within public health guidelines.

“I’ll say to the Coalition members: you’ll get a chance to get your selfie looking all sad when you’re [laying] the wreath,” Mr Leane said in Parliament.

Mr Twidale said neither he, nor the state RSL president, were personally offended by the minister’s comments.

“I watched the entire video, I didn’t take personal offence to it,” Mr Twidale said. “I understand the intent and the minister and I had a conversation about it as well.”