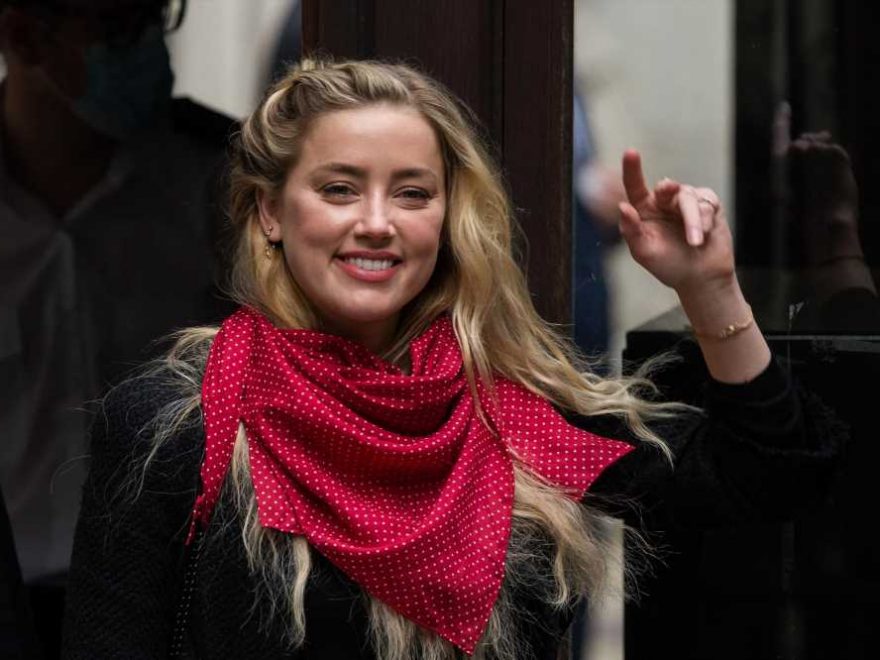 Amber Heard is a mom!

The Hollywood star, 35, is celebrating the birth of a baby girl – months after winning her court battle against her violent ex husband Johnny Depp, Page Six can reveal.

She’s “beyond in love” with Oonagh Paige, whom she named after her late mom, Paige Heard, who passed away last year.

Oonagh was born in April with the help of a surrogate after Heard was told she would never be able to carry her own baby, friends revealed.

A source who knows the actress told us: “Oonagh is absolutely gorgeous and Amber is besotted. She always knew that she wanted to be a mom and this is her greatest wish come true. She’s so grateful to the wonderful woman who helped bring Oonagh into her life.

“The most important thing for Amber is that she’s open about Oonagh’s birth,” the source continued: “There are so many women who feel they can’t talk about their fertility and are worried and embarrassed, Amber wants them to feel supported, and realize that there are a multitude of ways to have a baby even if you have fertility issues.”

Heard is currently in a relationship with cinematographer Bianca Butti, whom she has been dating since January 2020, but she made the decision to have a baby on her own some time ago and is “proud” to be Oonagh’s sole legal parent, we’re told.

Heard is next set to film “Aquaman 2”, where she plays Atlantean princess Mera opposite Jason Momoa in the title role.

The birth of her baby is particularly poignant, friends say, as she lost her own mom last May aged 63, confessing that she was “heartbroken and devastated beyond belief”.

She called her “the most beautiful woman I had ever known”, adding: “It’s hard to imagine and even more difficult to say but I feel truly lucky to have been her daughter and been given the gift of having the light she shone on everyone, fall on me for nearly 34 years.”

She then thanked her family and friends for helping her and her sister Whit during this “unbelievably painful time”.

She gave evidence against the “Pirates of the Caribbean”, who eventually lost his libel case against The Sun newspaper over an article that labelled him a “wife beater”.

The judge found that Depp, 57, had assaulted Heard on a dozen occasions and put her in “fear for her life” three times.

Speaking after the case, Heard said: “After obtaining a restraining order in 2016 and finalizing my divorce, I just wanted to move on with my life. I did not file this lawsuit and, despite its significance, I would have preferred not to be here in court.

“It has been incredibly painful to relive the break-up of my relationship, to have my motives and my truth questioned, and the most traumatic and intimate details of my life with Johnny shared in court and broadcast to the entire world.

“I stand by my testimony and I now place my faith in British justice,”

In April, Depp asked the Court of Appeal to grant permission for him to challenge the High Court’s ruling in a bid to get a retrial.

Depp’s lawyers attempted to claim that Heard had failed to donate her $7m divorce settlement to the American Civil Liberties Union and the Children’s Hospital of Los Angeles, as she had promised, but the court refused permission for Depp to appeal.

A source close to Depp told Page Six: “The judge thought she was this wonderful human being standing up for mankind,” because of her supposed generosity, “but she was lying out of her ass [about the donations].”

Heard’s attorney Elaine Bredehoft confirmed her client had yet to fulfill the charity pledge she made, but insisted: “Amber has already been responsible for seven figures in donations to charitable causes and intends to continue to contribute and eventually fulfill her pledge.

“However, Amber has been delayed in that goal because Mr. Depp filed a lawsuit against her, and consequently, she has been forced to spend millions of dollars defending Mr. Depp’s false accusations against her.”

The pair are set to face a US court next April as Depp is suing Heard over a 2018 Washington Post opinion piece in which she claimed to be a victim of domestic abuse, but did not mention the actor by name.

The source who knows Heard added: “For now, all that matters to Amber is Oonagh, and raising a healthy and strong daughter.”