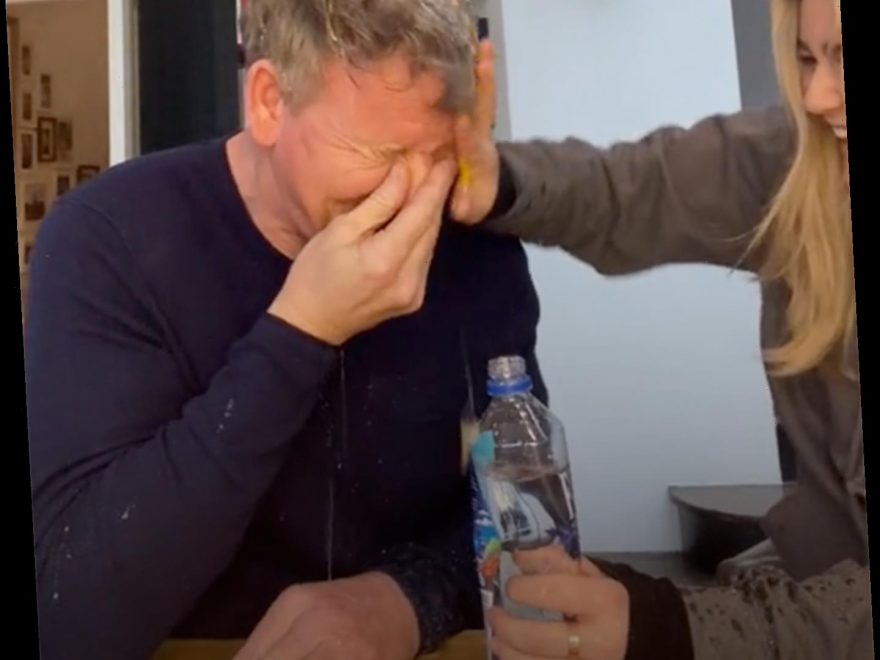 Gordon Ramsay's daughter Tilly has found a new use for eggs in the kitchen: to prank her father!

On Wednesday, the 19-year-old shared a video on TikTok in which she pretended to impress her dad with a magic trick before playing a messy joke on him.

In the clip, Tilly pretends to make an egg disappear after balancing it on top of a full bottle of water.

After the restaurateur, 54, leaned forward to see if the egg was gone, Tilly squeezed the water bottle to splash her dad in the face, cracked the egg on his head and proceeded to quickly run away.

The Hell's Kitchen star burst into laughter at the prank and began to wipe his face of the mess.

Ramsay also posted the clip to his Instagram page, joking, "Someone did the dishes last night in the Ramsay household…." This isn't the first time Tilly has taken a jab at her dad on social media.

In December, celebrity chef and Tilly participated in the TikTok challenge set to Run-DMC's "It's Tricky." In the video series, users dance offscreen while choosing between two options given at the top of the screen.

In Ramsay's video, we learn that Tilly prefers plain food while her dad favors spicy, and the teen likes 'Mums cooking' more than her famous dad's cuisine.

Not surprisingly, Ramsay chooses fancy wine (while Tilly sheepishly picks cheap wine). But the father-daughter pair can agree on one thing: They are both high-maintenance!

"It's Saturday Night Challenge Night in the Ramsay household !! @tillyramsay," the Kitchen Nightmares star wrote in his caption.

Tilly has dabbled in the art of gourmet food herself. In 2017, the then-15-year-old released her first cookbook, Tilly's Kitchen Takeover, with 60 of her own home recipes.

After being asked whether Ramsay was ever hard on her in terms of her cooking, she said with a smile, "He's really tough on me, yeah. He definitely is."