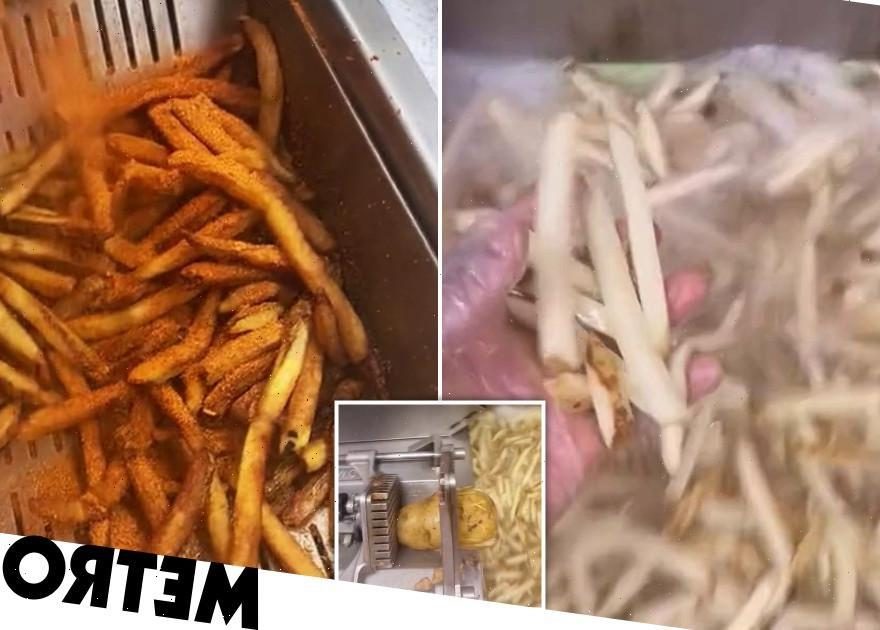 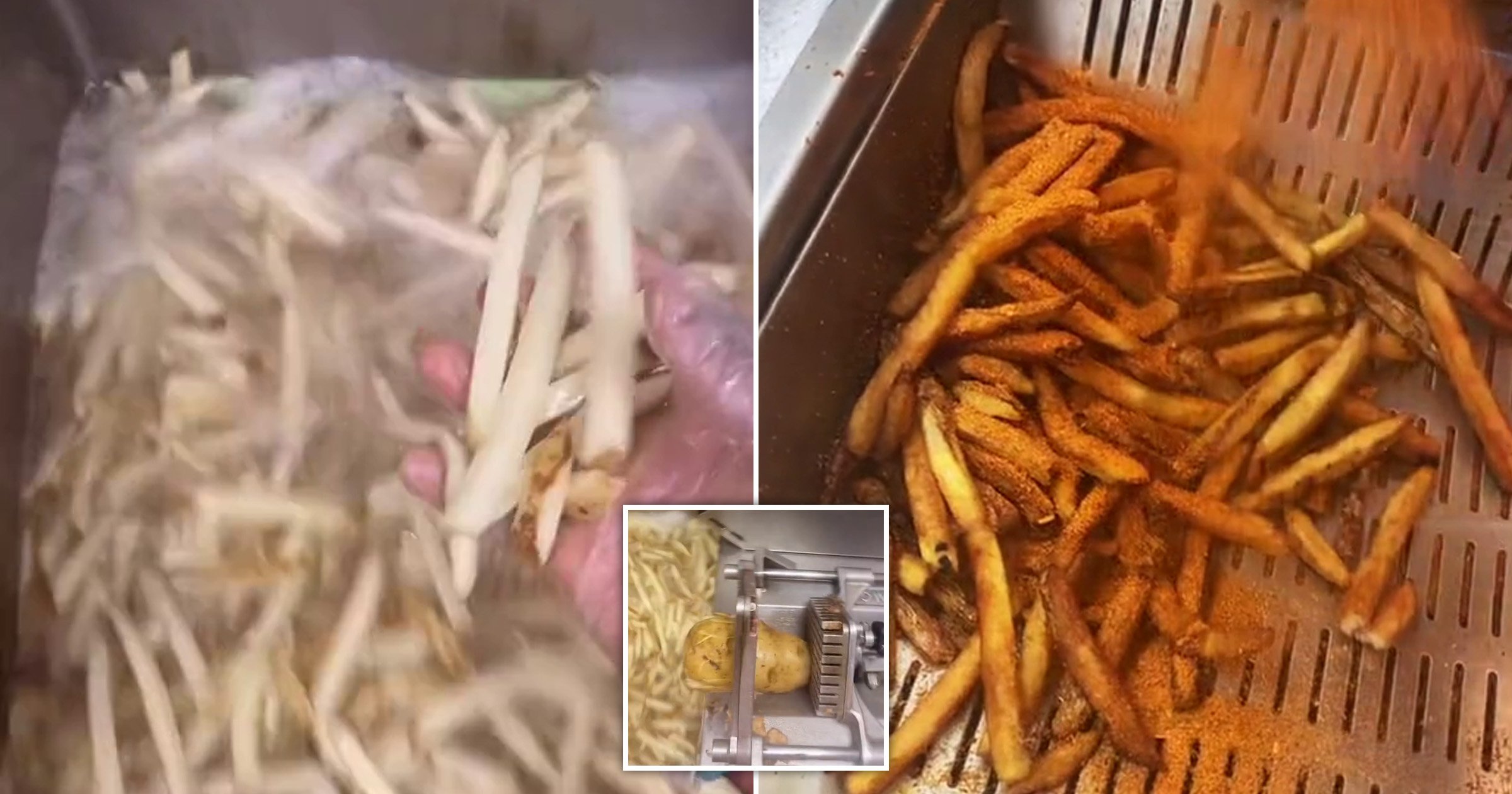 Usually, people don’t really want to know how fast food is made.

There’s an assumption that it’s probably gross and that seeing the process will make you never want to eat at that place ever again.

However, a viral Tik Tok showing how cult-favourite chain Five Guys makes their delicious fries has thankfully not sent all of us running for the hills.

Tik Tok user @maezthegreat, who works at a Five Guys restaurant in the U.S., posted a Tik Tok to show the secret to Five Guys fries – and the ‘secret’ is that they are made from scratch rather than using the frozen industrial-sized packaged ones most restaurants have to save time.

“First, we wash the potatoes off… real potatoes,” they say in the video.

Then, the process involves placing each potato in an industrial press, which slices the potatoes almost uniformly into individual fries.

The fries then get soaked and washed through in water to get rid of excess starch, and lastly are fried in oil.

The frying involves pre-cooking the fries in peanut oil for two minutes before submerging and frying the batch in another vat of oil.

In a follow up video, @maezthegreat explained that to make Five Guys’ famous Cajun fries was a similar process – the only difference being what happens after salting them.

Showing us how they salt the fries, they then move along to the ‘Cajun side’ to cover the fries in an extensive amount of seasoning.

They said, ‘You want to shake them 15 times to get all the grease out so they won’t be soggy,’ as they bring the fries out of the oil and adds salt.

‘Take the salted fries, put ’em on the Cajun side. Now, you want to take the seasoning and sprinkle. My manager always told me: “If you ain’t sneezing, you ain’t pleasing.” That’s how you do it.’

In the user’s caption, they quipped: ‘By the way, I sneezed when the video ended,’ which means they were seasoning the fries correctly.

Five Guys has 122 locations across the UK, and 34 in London alone, and now you can eat the fries there knowing they are freshly made.