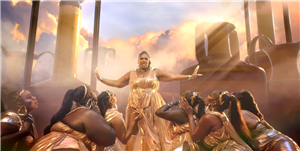 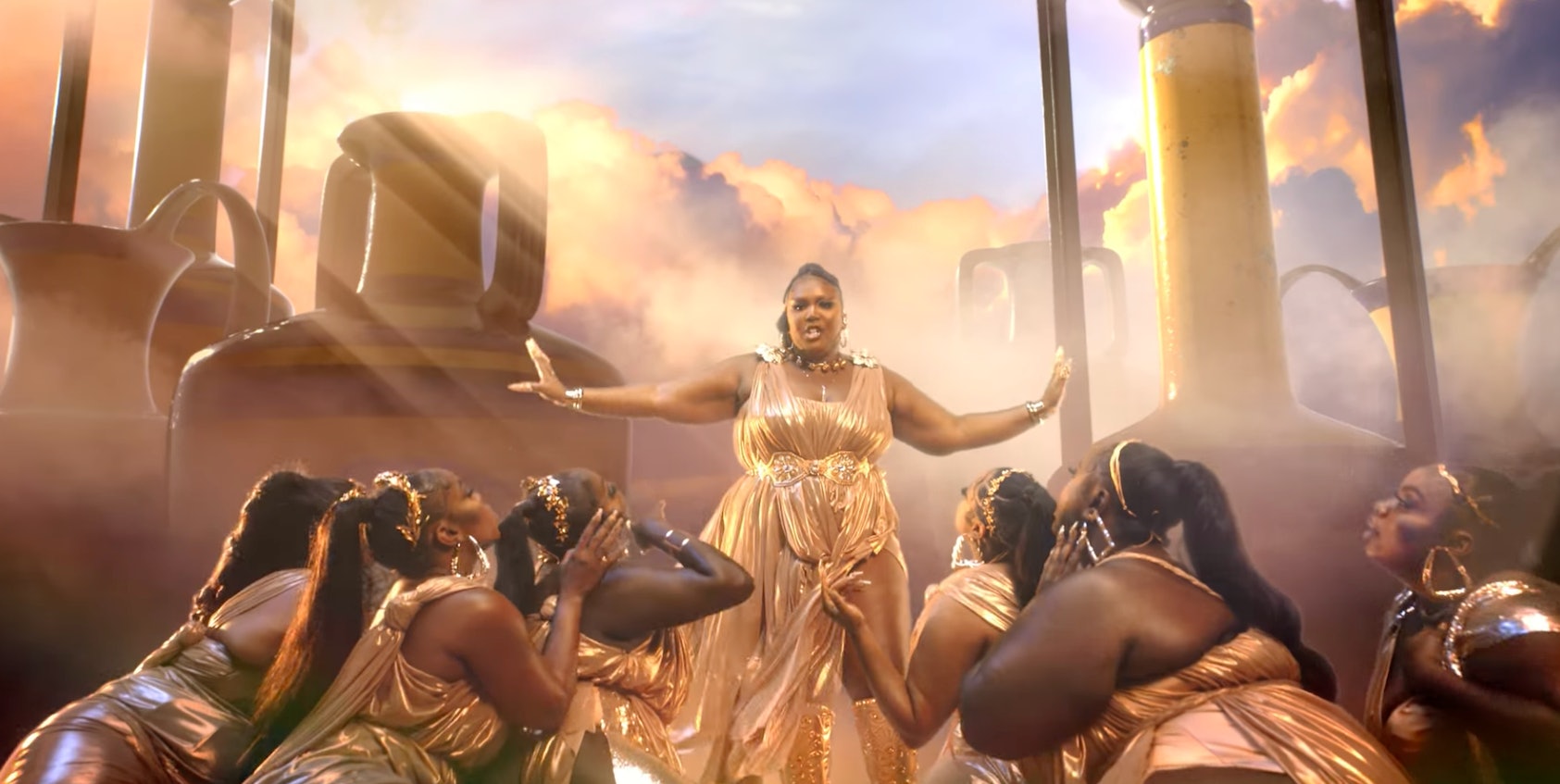 After a few weeks of teasing, Lizzo finally released her newest single and music video, “Rumors feat. Cardi B,” and in it, the musician pays homage to the Classical period.

The aesthetics of the video call to mind the Greek Muses from Disney’s Hercules, who sang “The Gospel Truth” in the film’s opening. Wearing a shimmery golden gown, not unlike a Greek peplos, and gold Schiaparelli jewels, Lizzo enters a hall of statues, murals, and giant vases all painted with Classical Greek symbols gossiping behind her. She uses the imagery of ancient Greek pottery and the caricatures of ancient Greeks drawn on murals, and larger than life, cartoonish symbols (these visual gags were often painted on Greek vases in the Hellenistic period) to squash the rumors about her past dalliances (with Drake, for example).

Then, Cardi B enters the frame, seated atop a high mountain in the clouds, reading through a scroll of news longer than a CVS receipt while she sings about international blogs getting it all wrong and being sued by the FCC. Phallic angel wings fly around her as she stands up—very pregnant, as she only just announced her baby bump at the BET Awards in June—to do a routine in her gold breast plate and skirt around a Greek chorus.

The visuals for the video were directed by Tanu Muino, who also directed Lil Nas X’s “Montero (Call Me By Your Name),” Cardi B’s “Up,” and Normani and Cardi B’s “Wild Side,” but it wouldn’t be out of the realm of possibility that Lizzo gave her input for the video’s cultural reference points. In ancient Greek mythology, the Muses were considered to hold all of the knowledge for poetry and songs, with one Muse, Euterpe, holding the knowledge for flutes and music. Lizzo herself is a classically trained flutist.