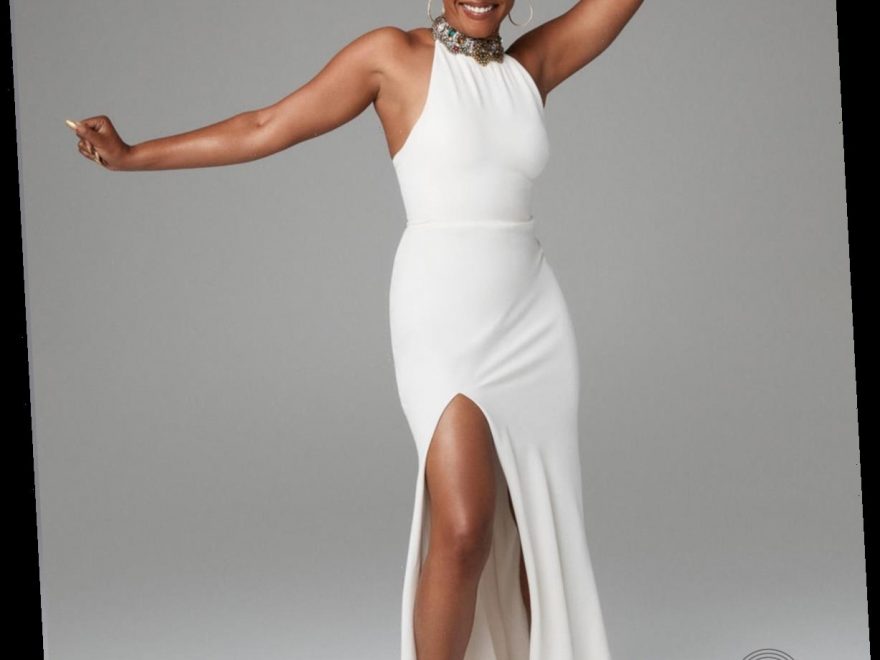 Tiffany Haddish's famous white dress is back! You know the one, the Alexander McQueen halter gown that she wore to the Academy Awards, the MTV Movie Awards and while hosting Saturday Night Live is making another show-stopping appearance — this time, in PEOPLE's 2021 Beautiful Issue.

"This is the longest running joke in Hollywood," the comedian quips in this week's feature while modeling the "gown that keeps on giving."

When asked what her boyfriend, rapper Common, says about the $4,000 Alexander McQueen design (and her habit of recycling it), the Girls Trip actress tells PEOPLE he thinks it's "hilarious." "He thinks it's so funny, she adds. "He's like, 'Man, you're really practical. I like that. You're thinking about the money, and I like that about you.'"

Having worn the gown on some of the biggest stages in the world, Haddish says it holds a lot of sentiment. The Like A Boss star first wore the sleeveless white dress that features a jeweled collar and a slit up the side to the premiere of Girls Trip in 2017. She remembers thinking the gown was beautiful at the time — that is, until she saw the $4,000 price tag.

Much to her dismay, Haddish was unable to return the expensive garment, so she decided to make the most of the situation and get her money's worth.

"I was just like devastated. I was very upset that I spent that much money on a dress period. Then I was like, 'Well, I'm going to wear this dress everywhere I go then. I'm going to get my money's worth.'" After the movie premiere, she rocked it while hosting Saturday Night Live in 2017, while presenting at the 2018 Academy Awards, hosting the 2018 MTV Movie and TV Awards and during a stop on David Letterman's Netflix show, My Next Guest Needs No Introduction. "The dress has made me the money that it cost, plus, at this point," she shares.

Her favorite feature? She loves the jewels around the neck and the flattering silhouette. "I just loved how it looked," she says. "I didn't have to have big boobs to wear it. It was like it was made for my body."

Haddish's new PEOPLE shoot marks the first time she's worn it as a blonde — after debuting the golden hue at the 2021 Golden Globes in February.

"I don't know if it's because I'm a Grammy winner or just a winner in general, or if it's the blonde hair, but people are very polite [now]," The Kitchen actress jokes.