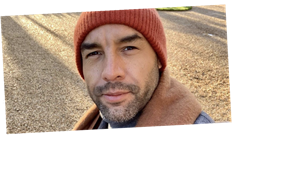 The 40 year old and former Good Morning Britain host Piers got into a heated row over 55 year old Piers' comments about Meghan Markle and Prince Harry's claims during their explosive Oprah Winfrey interview.

The incident resulted in Piers storming off the set before later quitting the show altogether.

Now, Alex has spoken out on the racism he's endured through several social media channels, including Twitter and Facebook, after defending the Duke and Duchess of Sussex.

"Since then I have been subjected to relentless racism myself on social media," he wrote in The Telegraph.

"I haven't announced it (like the former Arsenal player Thierry Henry did this week when he publicly quit social media, in response to anonymous racist bullying) but I have been forced to step away from Twitter and Facebook myself, because it was getting too much."

The TV personality went on to explain: "I am a strong person, but I am not made of steel," and added that the messages he's been receiving since that day are "very much the lived experience of racism in Britain".

"These people are your co-workers, they are even a parent at the school gate."

Alex's comments come just days after Piers accused him of "whacking him to make a name for himself" in a column in Mail on Sunday, as he referenced their spat on GMB.

The TV presenter, who recently claimed Prince Harry "can't be happy" with Meghan Markle as he called the recent drama "out of character", referred to Alex as "GMB's occasional stand-in weatherman" as he spoke out about their argument on 9 March.

Piers wrote: "As [Alex] delivered his censorious lecture, implying my only motivation for disbelieving Ms Markle's outlandish interview claims was because she 'ghosted' me four years ago after we'd been friendly for 18 months – I genuinely couldn't care less about that, but it was informative as to her character, especially when I saw her do the same thing to many other people, including her own father – I felt the steam rising inside me.

"I don't mind outside guests trying to make a name for themselves by whacking me like this, but I wasn't going to sit there and take it from one of my own team, especially someone who I've gone out of my way to help whenever he's asked me for advice about his career.

"Realising I might say something I'd regret, I decided to leave the studio to cool down."

In his column, Piers also said that Alex is the only GMB presenter to have not sent him a message of support following his departure from the show.

He said: “I've had nice messages from all the other GMB presenters, apart from Alex Beresford, and many of the wonderful production team, from camera operators and producers to make-up artists.”