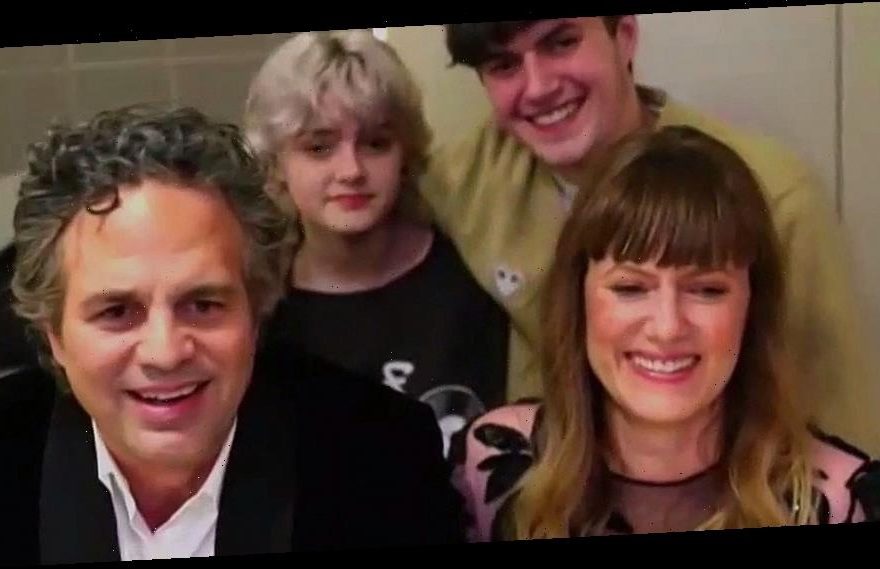 Teen time! Mark Ruffalo celebrated his Golden Globes 2021 win with his kids by his side.

The actor, 53, accepted his first Golden Globe via Zoom on Sunday, February 28, for his roles as identical twins in I Know This Much to Be True. The Wisconsin native’s wife, Sunrise Coigney, sat at his side — and two of his children jumped into the shot to dance and hug their parents.

The Avengers star, who shares Keen, 19, Bella, 15, and Odette, 13, with the actress, 48, said that filming his HBO miniseries gave him the chance to explore “common humanity,” which “connects us greater than what keeps us apart.”

Ruffalo went on to say, “We have a dying mother just like the mother in our story. She is Mother Earth. And we must come to balance with her and honor her. And she will heal too. Let’s be courageous together, guys, let’s turn the page on the cruel past of this nation. The good news is inclusion and justice and care for Mother Earth is breaking out everywhere. The godly light of decency is breaking through the hideous dark storm we have been living through. We are the ones we have been waiting for, so let’s do this now.”

The producer also thanked his family in his acceptance speech. “[They] let me go off and bring these crazy people home and they have to live with [them] all these years,” Ruffalo gushed. “Thank you, guys.”

When the Zodiac star’s kids were younger, they thought that their dad was “cool,” he exclusively told Us Weekly in November 2019.

The teenagers will “maybe” follow in his acting footsteps, the Emmy winner added at the time. “There’s some interest. We’ll see.”

Ruffalo brought his little ones to the Thor: Ragnarok set in 2017, he told Entertainment Tonight at the time. “I don’t know if you can see them, but they were in the car in the party scene where Thor is taking [Bruce] Banner around this crazy new place,” he explained. “They were in that scene dressed up as Dr. Seuss characters, basically. They were on set all day. They were like, ‘The camera was on us. It was on us.’ They had a great day.”