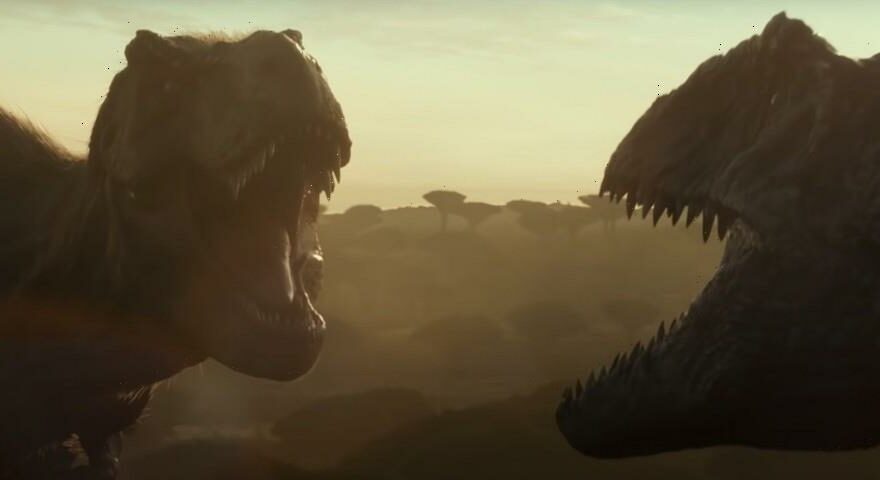 Universal Pictures has released a five-minute prologue of its upcoming Jurassic World 3: Dominion film, the sequel to Jurassic World: Fallen Kingdom, which features exclusive clips that won’t be shown in the movie.

The trailer begins by traveling 65 million years in the past when dinosaurs once roamed the earth. Stunning scenes see the long-necked brachiosaurus, triple-horned triceratops, flying pterosaur and other prehistoric beasts roaming the tranquil lakebeds and canyons at sunset before two T-Rex break the silence in a fatal duel. The last moment from the scene shows a mosquito biting the defeated T-Rex before the clip snaps to the present where a T-Rex terrorizes a drive-in theater before disappearing into the dense forest.

Jurassic World‘s sequel trilogy will arrive in theaters on June 10, 2022. Take a look at the gripping prologue above, and stay tuned for more trailers to come.