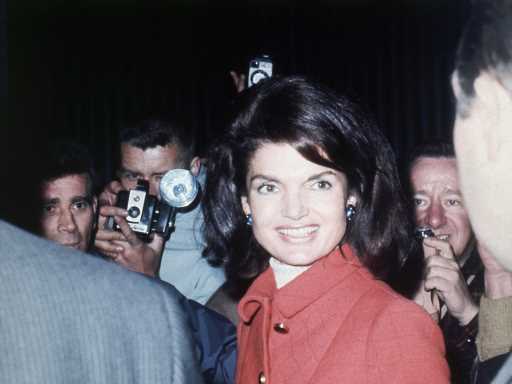 Jacqueline Kennedy set the bar as a First Lady in the White House — not only as a fashion icon, but for making her role more than just a ceremonial one. She went to work and built her legacy with the White House Rose Garden and undertaking the restoration of the White House during her husband, John F. Kennedy’s administration. And now it’s lovely to see her grandkids looking so much like their late grandmother.

Rose Schlossberg, 33, and Jack Schlossberg, 28, two of Caroline Kennedy and Edwin Schlossberg’s three children, enjoyed an afternoon at Red Gate Farm, part of the Kennedy estate in Martha’s Vineyard. (See the photos at Page Six.) The duo was photographed tying their rowboat after spending some time out in the water on a hot summer day.

Rose, who works in the entertainment industry as a producer, writer and actress, is a doppelgänger for her grandmother. She has her grandmother’s striking looks and dark hair that reminds us so much of the former First Lady. Jack even shows hints of his late uncle, John F. Kennedy Jr., with his handsome good looks. Those Bouvier-Kennedy genes run strong in that family.

Jack, who is finishing up his Harvard Law and Harvard Business degrees, might enter the family business of politics in the future. One of his unnamed cousins shared Jack’s possible ambitions with Page Six. “I definitely see Jack doing some type of public service — but I’m not even sure it’s what he wants,” the family source told the publication. “He is very, very close to his mother. I think he’d like to do something to make her really happy, and that would be public service or politics of some kind. But not necessarily old-school politics. That’s been a dead-end for Kennedy kids. If he did run for office someday, he’d probably aim very big, though.”

Those are big shoes to fill, but the good news is that their family supports their endeavors — whether it is politics or something completely different from the family’s deep history in Washington, D.C.