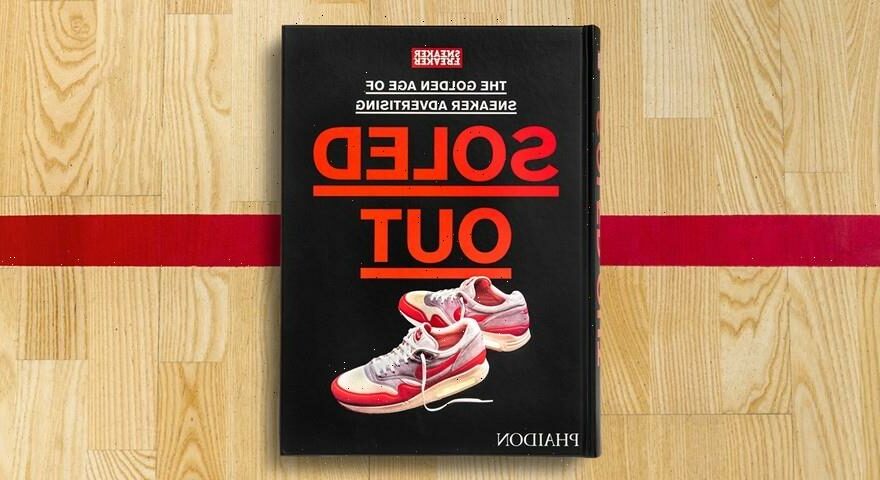 Sneaker Freaker has teamed with publishing company Phaidon to release Soled Out: The Golden Age of Sneaker Advertising, a 720-page homage to vintage print ads from some of the world’s most notable sneaker brands. Consisting of over 900 ads, the hardcover book is a veritable tome of sneaker history, one backed by nearly a decade of research and discovery.

Thirteen brands are spotlighted in the book: adidas, ASICS, Brooks, Converse, Jordan Brand, L.A. Gear, New Balance, Nike, PONY, PRO-Keds, PUMA, Reebok and Saucony, while other brands like Vans and FILA appear briefly as well. Ads included range from Michael Jordan‘s iconic early Air Jordan campaigns to classic Nike ACG posters, Larry Bird and Magic Johnson‘s memorable Converse Weapon ads, Michael Jackson‘s appearance in support of LA Gear and New Balance’s running advertorials that Aimé Leon Dore has shown a fondness for referencing in its own campaigns. Most of the book spotlights ads from the ’70s to 2000, save for a handful of original Converse Chuck Taylor All Star ads from the ’30s.

Soled Out: The Golden Age of Sneaker Advertising will release on October 20, and is priced at $69.95 USD. A special edition with an alternate cover will arrive alongside the standard trade version.

For more sneaker stories, check out the latest installment of HYPEBEAST’s Sole Mates — a weekly series in which guests share the personal stories behind their favorite shoes.
Source: Read Full Article