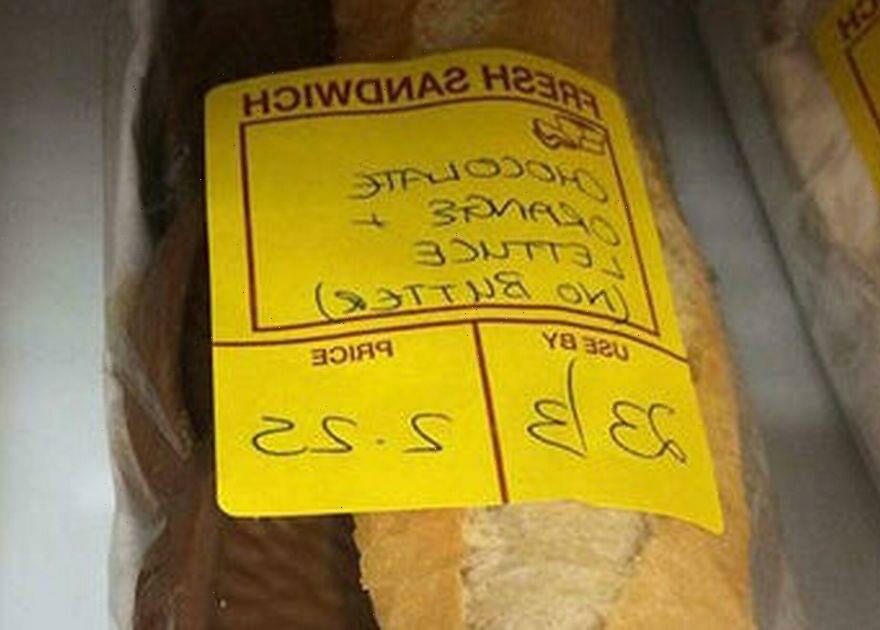 Get quick and easy recipes straight to your inbox

There are plenty of classic British sandwich combinations out there – from beef and horseradish to smoked salmon and cream cheese or egg and cress.

But what about a chocolate orange and lettuce baguette? Yep, you read that right.

A shocked foodie took to Reddit to share a weird sandwich discovery they stumbled across when looking for some lunch.

The user titled the post “Chocolate, lettuce and liquorice. Sub?”

They attached two pictures of “fresh sandwiches” that contained some rather uncommon fillings.

One quirky sandwich incorporated sweet and savoury. It was labelled “Chocolate orange and lettuce (no butter)” and was priced at a reasonable £2.25.

Chocolate orange and lettuce baguette not to your liking?

Well fear not, this was not the only strange sandwich on offer.

The other sandwich had the filling of none other than nan favourite, liquorice all sorts.

However, it did not specify whether it contains butter or not.

This sweet baguette was on sale for a bargain 99p instead of its original price of £1.25.

Both baguettes were packed to the brim with the unusual fillings – with one Redditor dubbing them a “crime against humanity."

People quickly took to the comments to share their disgust over the odd sandwich creations.

One user commented: “No butter?! Hard pass for me."

Another user added: “Someone got really bored at work.”

A third declared: “That's making me feel very uncomfortable. Like watching someone put brown sauce in their tea.

However, one person seemed up for trying one of the baguettes: “I would actually give the liquorice all sorts one a go, as long as there’s plenty of those bobbly blue and pink ones in there.”

I think we may play it safe and stick to a ham and cheese sandwich for now.

Let us know in the comments if you would try either of these sandwiches!

And sign up to our free Hot Topics newsletter for more lifestyle stories.