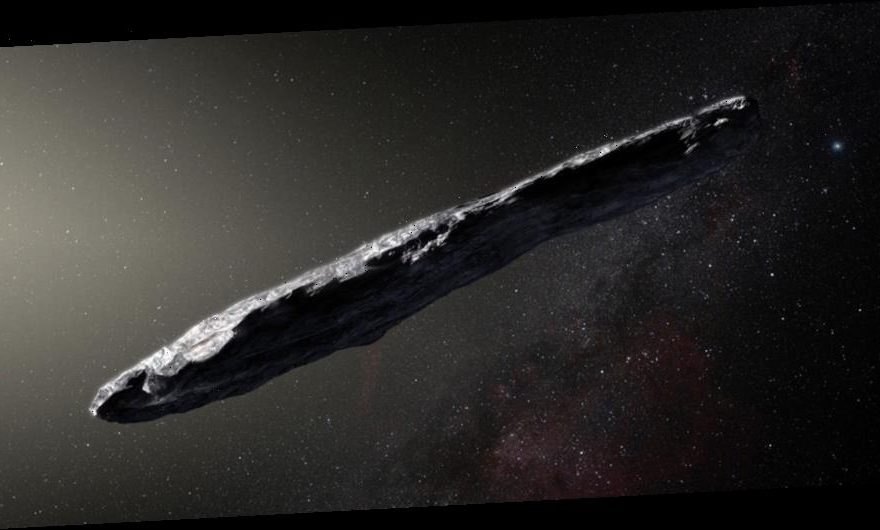 A mysterious space object that has baffled scientists since its discovery in 2017 is likely a breakaway piece of a Pluto-like planet.

According to a new study published in two research papers in the Journal of Geophysical Research: Planets, the pancake-shaped space object dubbed Oumuamua is thought to have been a chunk of a distant planet in another solar system. “Until now, we’ve had no way to know if other solar systems have Pluto-like planets, but now we have seen a chunk of one pass by Earth,” said Steven Desch, an astrophysicist at Arizona State University and one of the authors of the new study.

The research states that Oumuamua is likely made out of solid nitrogen, much like the surface of Pluto, which helps explain its unusual flat shape. “It was likely knocked off the surface by an impact about half a billion years ago and thrown out of its parent system,” said Alan Jackson, an astronomer and planetary scientist at Arizona State and another one of the study’s authors.

Oumuamua, Hawaiian for “messenger,” zipped past our sun in 2017 at 196,000 miles per hour. Scientists struggled to classify the object, which resembled a comet in some ways but also had other features that were highly unusual.

Harvard University professor Avi Loeb previously theorized that the space object may have been something alien, though Desch shot down the speculation. “Everybody is interested in aliens, and it was inevitable that this first object outside the solar system would make people think of aliens,” he said.
Source: Read Full Article