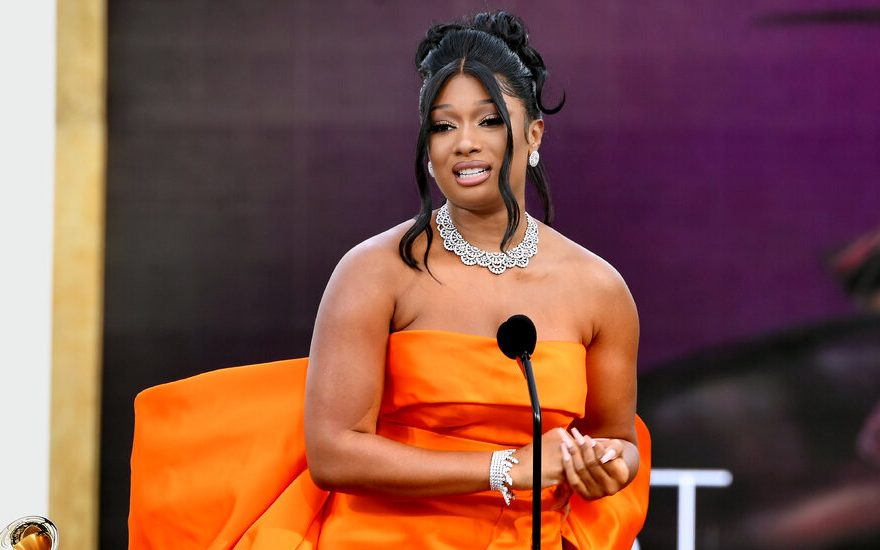 The Houston rapper Megan Thee Stallion won the Grammy for best new artist on Sunday, taking home the first trophy presented on the official telecast. She also won an award during the preshow — best rap performance for “Savage,” a song that is nominated twice more tonight (for best rap song and record of the year).

“I don’t want to cry,” Megan Thee Stallion said, already teary-eyed, in a brief speech. “It’s been a hell of a year, but we made it.”

She becomes the first female rapper to be named best new artist since Lauryn Hill in 1999, and only the third solo rapper ever, following Chance the Rapper in 2017. (The hip-hop group Arrested Development took home the award in 1993.)

Megan Thee Stallion started releasing mixtapes on SoundCloud in 2016, while in college for health administration, but first broke through with muscular, confident freestyles that went viral online. In 2019, singles like “Hot Girl Summer” and “Cash ___” put her into regular radio rotation and the next year, she hit No. 1 twice — first with “Savage,” which featured Beyoncé on its remix, and then as a featured guest on Cardi B’s “WAP.”

The best new artist award capped what had been an emotional rise for Megan Thee Stallion, whose success was interrupted last summer when she said she was shot in the feet by the rapper Tory Lanez after a disagreement. Lanez, who denied shooting her, was charged with assault in the incident, which led Megan to become a vocal defender of — and advocate for — Black women.