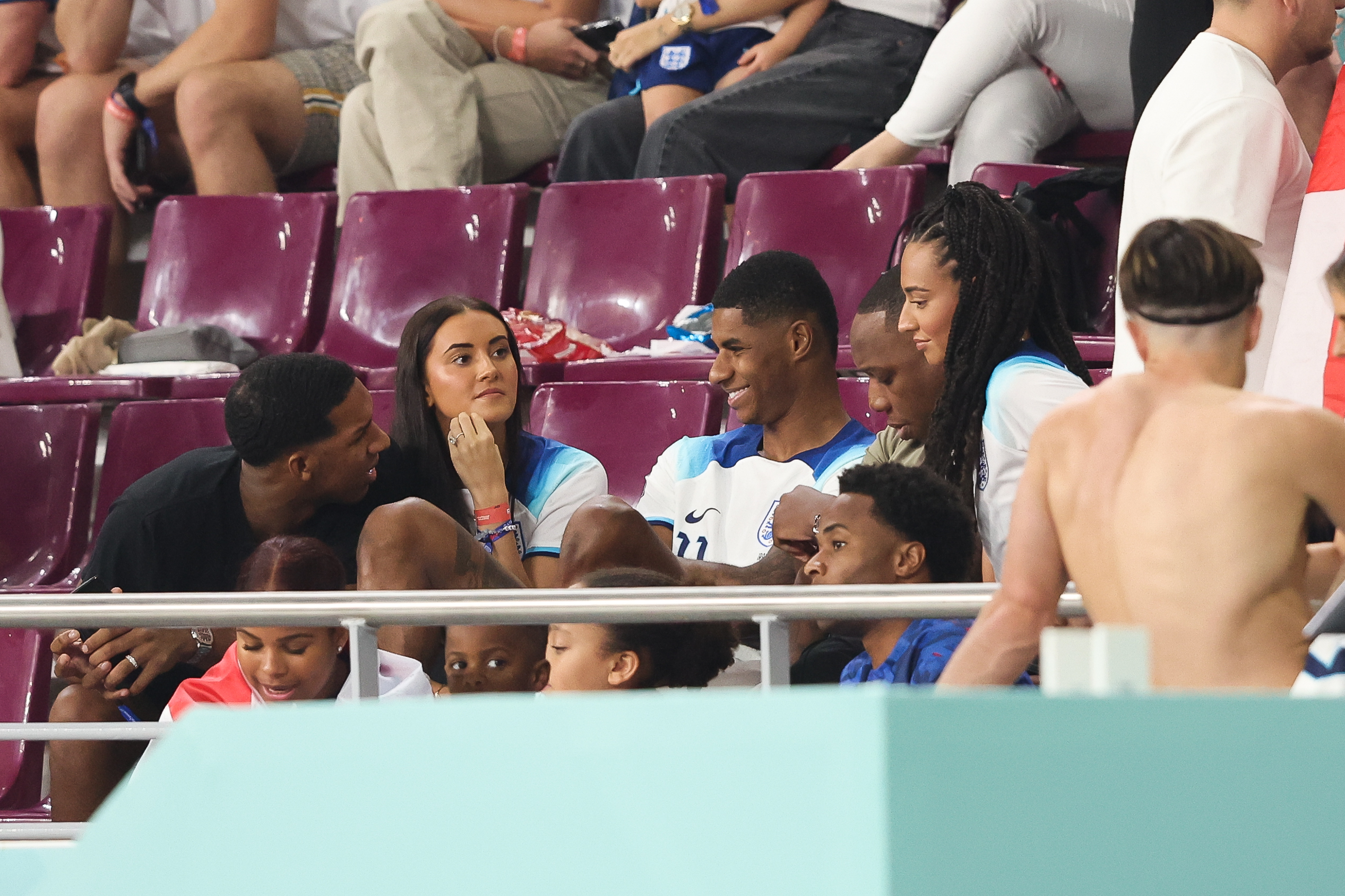 Marcus Rashford MBE may be busy battling it out with England at the World Cup but he didn’t forget to wish his fiancée Lucia Loi happy birthday on social media.

The football star let his other half know he was thinking of her in Qatar with a sweet photo tribute that showed the pair holding hands on a balcony in Los Angeles.

Marcus, 25, stood topless in pink shorts and a colourful bucket hat with his tattooed back to the camera as he lifted his love’s arm in the air as if about to spin her around.

The pro forward sported an abundance of silver chains round his neck and wrists as he looked over at his high school sweetheart.

Appearing tiny beside her athlete fiancé, Lucia, 25, kept it casual in an oversized white T-shirt, long brunette hair blowing in the wind as she enjoyed the view.

Lucia stamped her seal of approval for the post in the comment section, leaving three red heart emoji under the loving words.

Meeting at just 15 years old, the couple were a teenage dream and began dating when they were both pupils at Ashton on Mersey School in Greater Manchester.

The public display of affection came after the Manchester United star confirmed he popped the big question to Lucia earlier this summer.

In May, Marcus also used the social networking app to reveal his extravagant proposal to the world.

Tagging his significant other in a caption with a white love heart, the footballer shared the date ’24.05.22’ accompanied by a picture that showed the pair standing in front of a huge flower heart, kissing passionately.

Standing on a carpet of white roses and surrounded by too many candles to count, the young couple agreed to ultimately say ‘I do’.

The rare glimpse into the player’s personal life followed the WAGs arrival at the Khalifa International Stadium as their men began their World Cup campaign.

Cheering them on goal after goal, the camera caught the likes of Jack Grealish’s girlfriend Sasha Attwood, and new mum to Declan Rice’s son, Lauren Fryer, in the stands.

Also in attendance was Rebecca Cooke and her children she shares with Phil Foden, and Harry Maguire’s wife Fern Hawkins.

The women were treated to a thriller of a game and celebrated with their player beaus following a 6-2 victory over Iran.

Sure to be another big turnout from England’s biggest fans, the team will meet USA on Friday for round two of the competition.