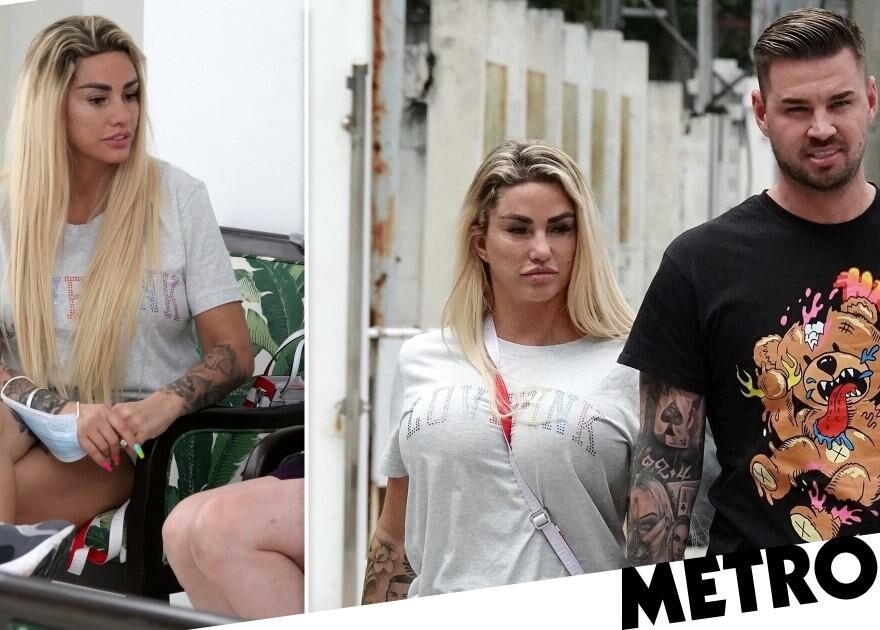 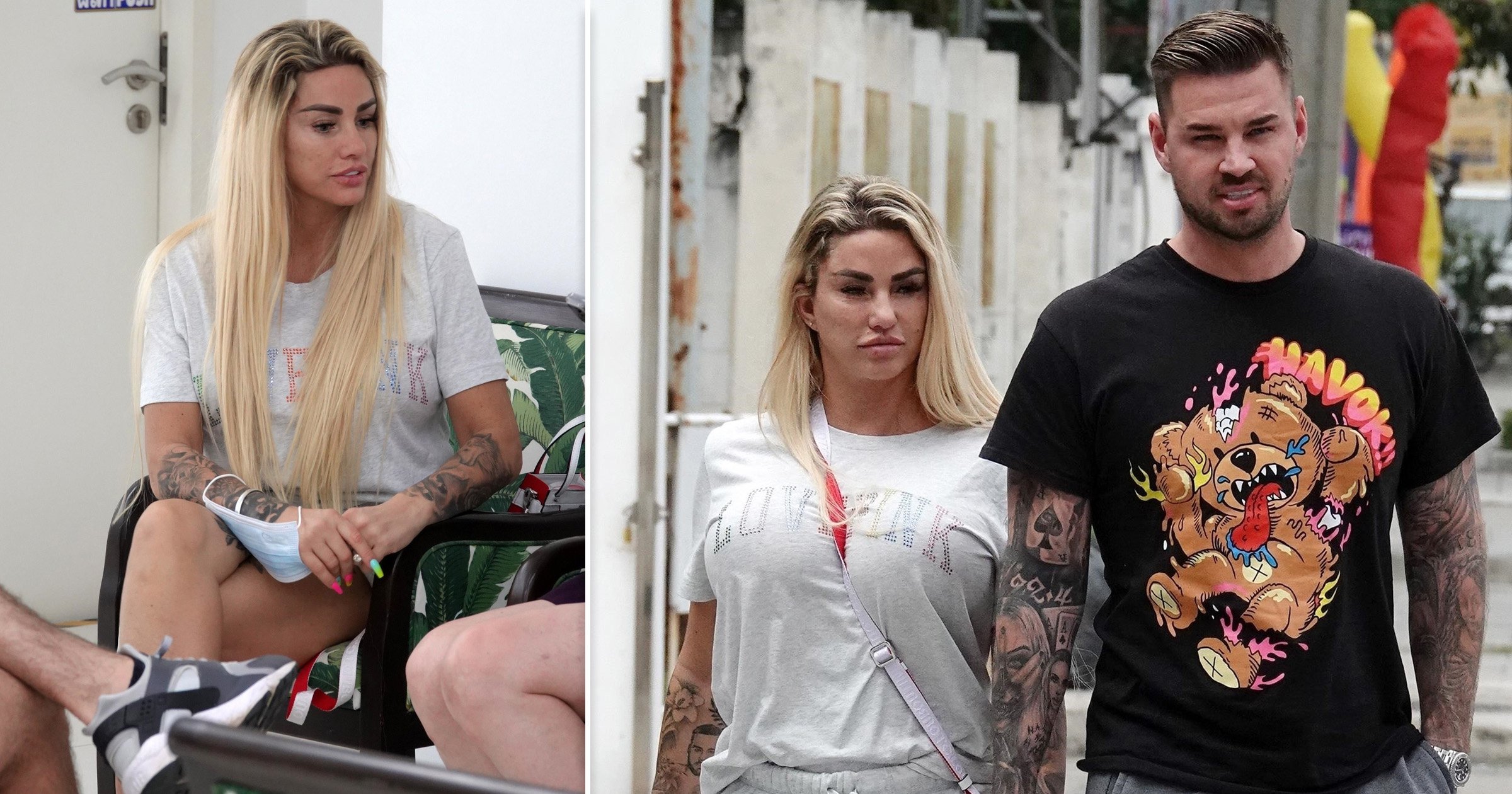 Katie Price has reportedly been turned down for further cosmetic surgery by a doctor in Thailand after being told she was ‘too beautiful’ to need anything else done.

The former glamour model, 44, has travelled to Thailand with her fiancé Carl Woods, 33, where the pair were seen attending a cosmetic surgery clinic together.

Katie was seen wearing a grey playsuit and white bedazzled Crocs, as well as a surgical face mask, as she spoke to someone on her mobile phone while in the lobby.

She was later seen with her mask wrapped around her hand as she spoke to another woman in the waiting area, before she and Carl left the surgery in Bangkok hand in hand.

According to reports, Katie had been turned down for the procedure she had a consultation for, with a source claiming the surgeon ‘would not want to perform any surgery on her as she was too beautiful’.

Katie’s outfit also served to show off her plentiful tattoos, including a large design across her thighs, incorporating a heart and wing design.

She also showed off her half-sleeve tattoos on her arms, which include a portrait of Carl as well as a horse.

Similarly, Carl is also heavily tattooed with portraits of Katie on his forearm as well as a playing card among other inkings.

Katie is no stranger to going under the knife and has had several boob jobs since her first enhancement in 1998, as well as procedures including face lifts, liposuction and Brazilian butt lifts (BBL).

Her trip to Thailand is reportedly Katie’s twelfth holiday of the year, with the mum-of-five recently promising to keep her followers updated with the latest trip.

Katie told her paid subscribers on OnlyFans that she would also be getting further assessments for ADHD when she returns, explaining: ‘I went to see a doctor to see if I have ADHD and it turns out, I probably have!

‘I have got some forms to fill out, say what I was like as a kid, my mum’s got to fill out forms and my dad, and then my next appointment is when I’m back from Thailand, and I can’t wait to show you all my trip in Thailand.’

Metro.co.uk has contacted reps for Katie Price for comment.