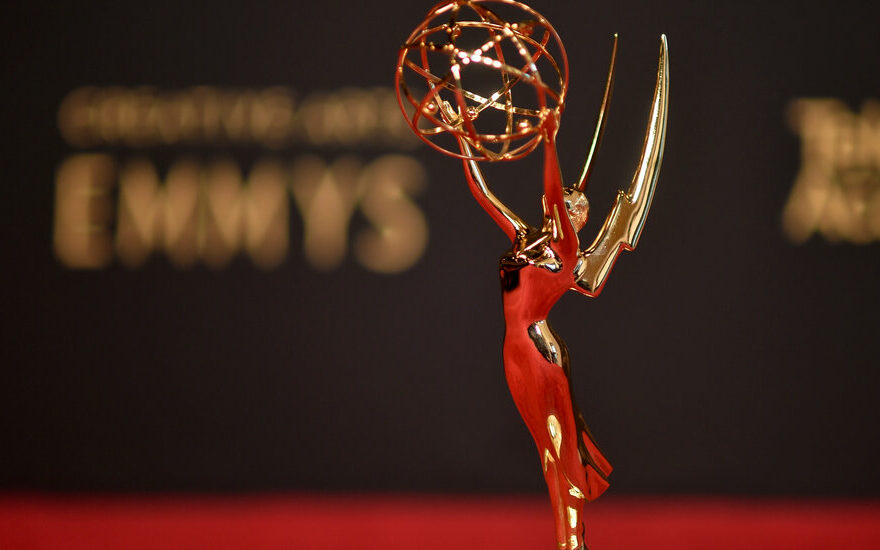 Dolly Parton and Daniel Levy will dole out statuettes. Michael K. Williams could win his first Emmy, posthumously, for “Lovecraft Country.” A streaming service could finally come out on top on the final scorecard.

There’s sure to be both drama and comedy at the 73rd annual Primetime Emmy Awards, which will be mostly an in-person edition of the show. Hosted by Cedric the Entertainer, the comedian and star of CBS’s “The Neighborhood,” the awards will be handed out Sunday night in Los Angeles before a limited audience, and will honor the pandemic-era television programs that got us through lockdown.

Only about 500 guests will attend this year according to the Television Academy, down from the usual several thousand from previous years. Attendees will be seated at tables rather than in the traditional theater rows, and they must be vaccinated. They also will be required to wear masks when they aren’t on camera.

Most acceptance speeches will be delivered in person; however, a few nominated shows based overseas are holding their own events and will appear via satellite feeds. Among them is the Netflix drama “The Crown,” whose cast and producers are holding a ceremony in London, much like “Schitt’s Creek” did in Toronto last year.

Here’s everything you need to know.

What time do the festivities start?

The ceremony begins at 8 p.m. Eastern, 5 p.m. Pacific. On television, CBS is the official broadcaster. If you have a cable login, you can watch online via cbs.com, or if you’re a CBS subscriber, via the CBS app.

The show will also air live and on demand on the streaming service Paramount+, which is one of the cheapest options for streaming the Emmys. Paramount+ offers a one-week free trial or is available starting at $5 per month. Other livestreaming services that also offer access to the channel include Hulu + Live TV, YouTube TV or FuboTV. All require subscriptions that start at $65 per month, though many are offering free trials.

Is there a red carpet?

This year’s attendees will still have the chance to sashay down a red carpet, albeit a limited one with only about a dozen media outlets. The cable channel E! will have preshow entertainment and then red carpet coverage beginning at 4:30 p.m. Eastern, 1:30 Pacific. Livestreams from the red carpet will be available on the websites of People and Entertainment Weekly starting at 7 p.m. Eastern, 4 p.m. Pacific.

Who will be presenting?

What should you watch for?

“The Crown” tied with Disney+’s “The Mandalorian” for the most nominations, with 24 each, and the Disney+ Marvel series “WandaVision” had 23 nominations. “Ted Lasso,” the sleeper-hit comedy from Apple TV+ starring Jason Sudeikis as an incurably optimistic soccer coach, earned 20 nominations, a record for the first season of a comedy series. Though it may not match “Schitt’s Creek”’s record haul from last year, it’s possible that “Ted Lasso” and particularly Sudeikis, who cocreated the show and was nominated for both acting and writing, could take home multiple awards.

If the Creative Arts Emmys handed out last Sunday are any indication, Netflix could have a good night, thanks to “The Crown” and “The Queen’s Gambit.” The streaming service picked up 34 technical awards at the Creative Arts Emmys, compared to 13 for Disney+ and 10 for the perennial Emmys heavyweight HBO and its streaming service, HBO Max. Netflix’s dominance all but guarantees that it will win more Emmys than any other TV network, studio or streaming platform.